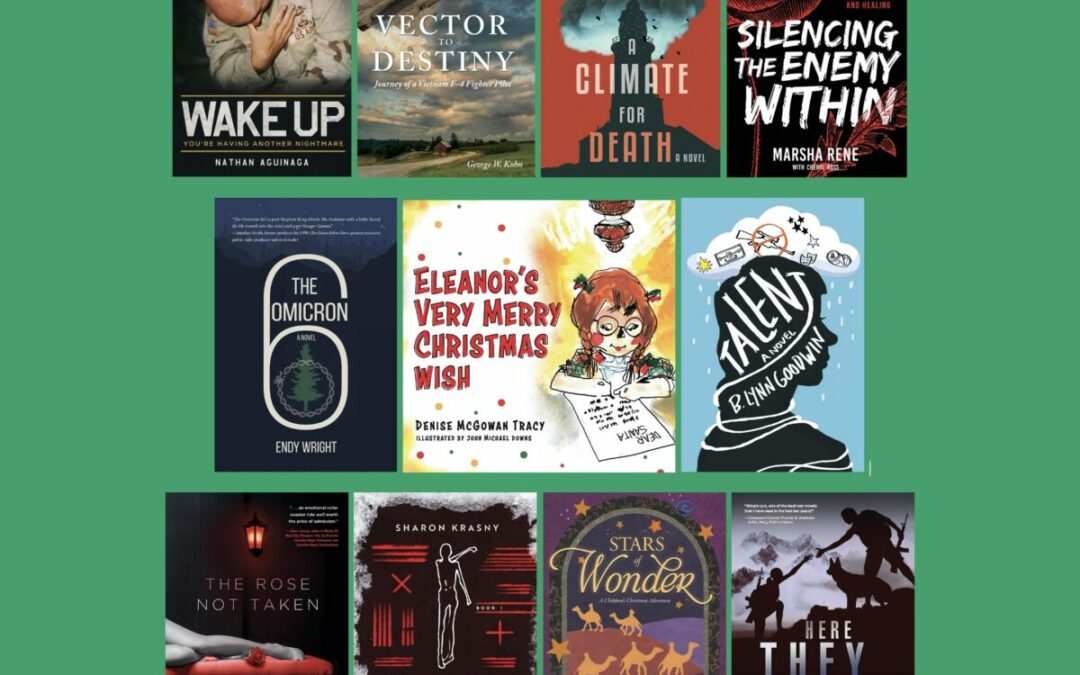 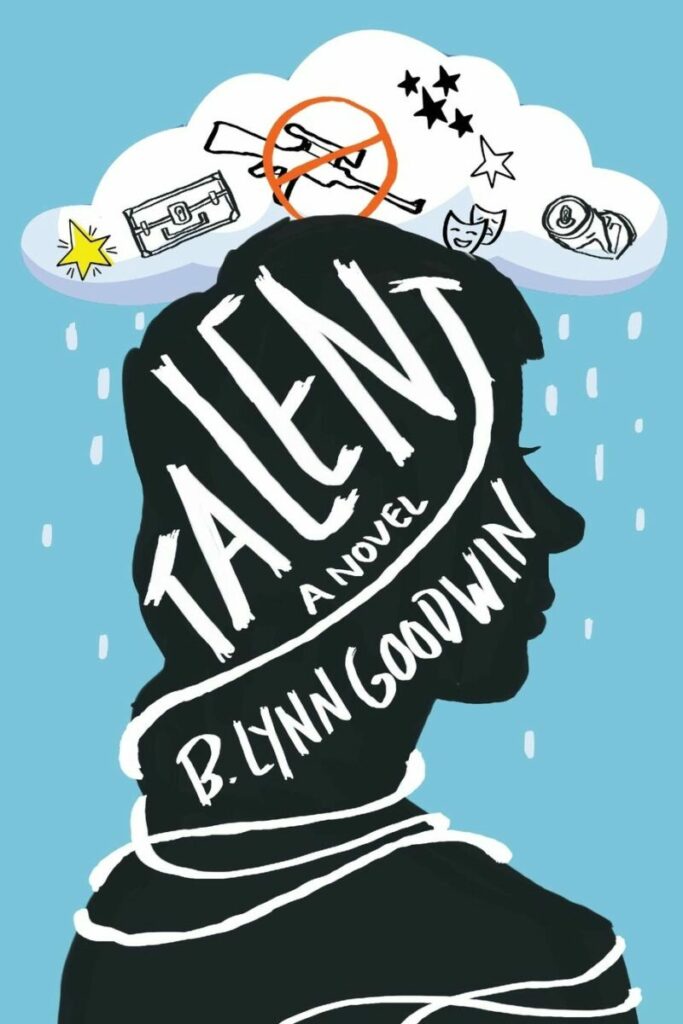 Talent by B. Lynn Goodwin

Sandee Mason is convinced her life will change if she can just win applause for her talents—whatever they may be. She can’t wait to accomplish something after living in the shadow of her big brother, Bri, who disappeared in Afghanistan months earlier, leaving Sandee craving the same attention the whole town is giving him even as she wrestles with feelings of loss. When her high school drama department puts on the play Oklahoma!, she knows that now is her chance to step out and be noticed. What will she learn about herself as she reaches out to the world? 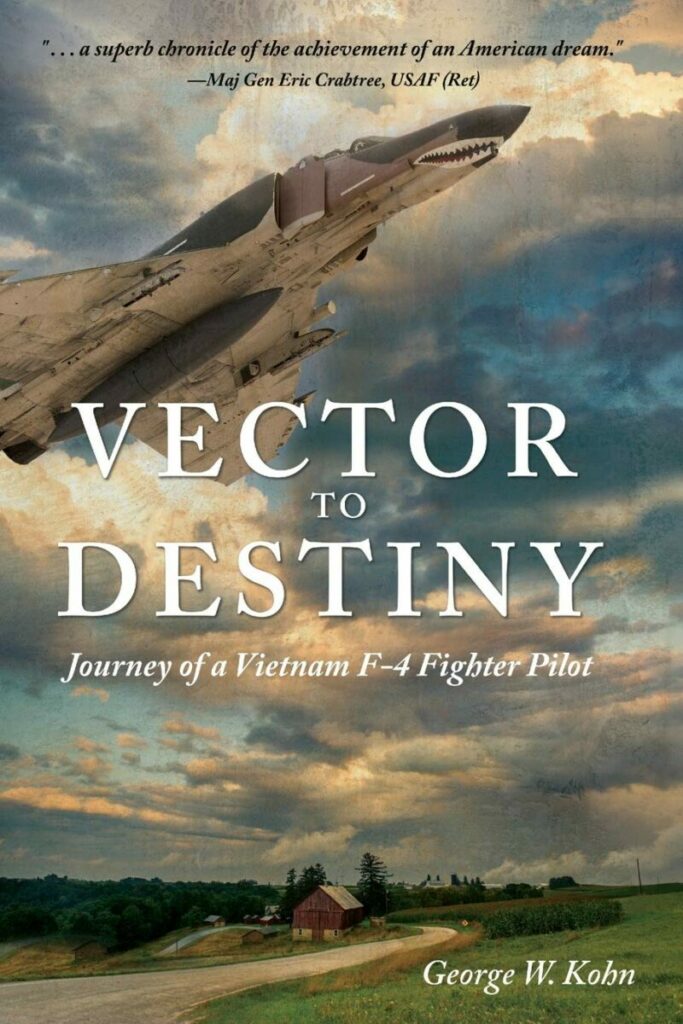 Vector to Destiny by George Kohn

Vector to Destiny: Journey of a Vietnam F-4 Fighter Pilot goes beyond the classic Vietnam war story to give you some insight into what it was like to grow up on a farm with a big dream. George’s journey takes you from farm fields in Wisconsin to the skies over Vietnam in F-4 fighter jets. Share his struggles, failures, and exhilarations as he moves along his path toward destiny. His story is filled with riveting accounts of missions flown by a fighter pilot into intense enemy resistance. Along the way, there were indications of divine intervention. The reception upon returning home from the war was less than desirable. Understanding the plight of Vietnam veterans is a prelude to respecting the contributions of 2.4 million Americans who have fought to preserve the freedoms we cherish. 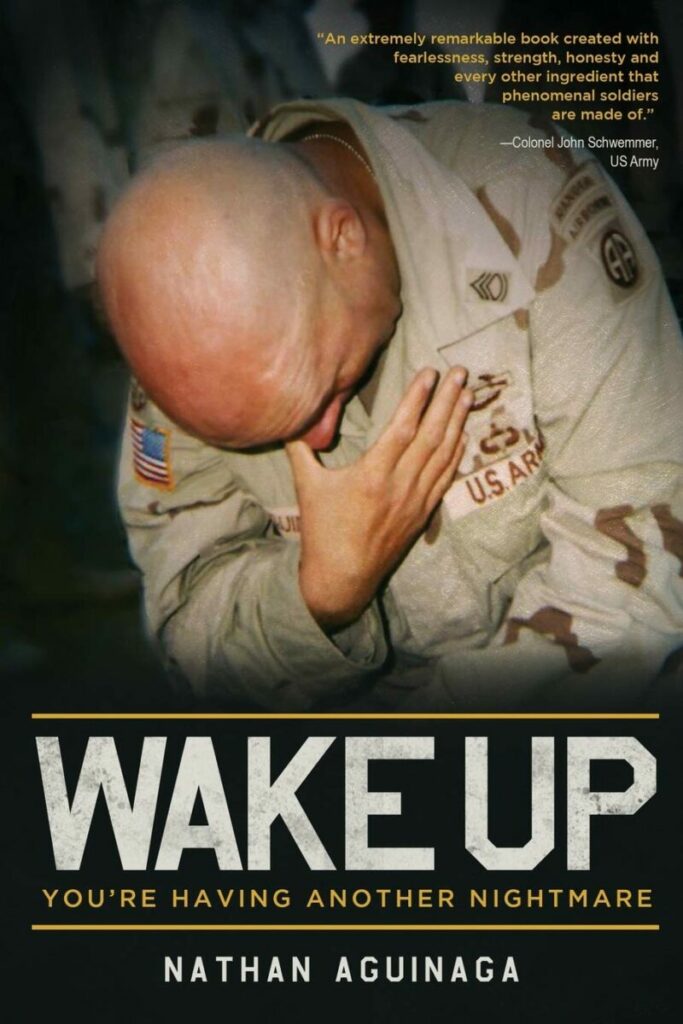 Wake Up, You’re Having Another Nightmare by Nathan Aguinaga

These are the personal experiences of the author and his wife in dealing with the post-traumatic stress disorder that he was diagnosed with while he served his last year of a twenty-year career in the US Army. This is the final installment of his three-book series, detailing the events that led up to his diagnosis. You will read about his experiences in combat, his two years as a drill sergeant, his time in Hurricane Katrina relief, and his ongoing counseling sessions at the Veterans Administration. 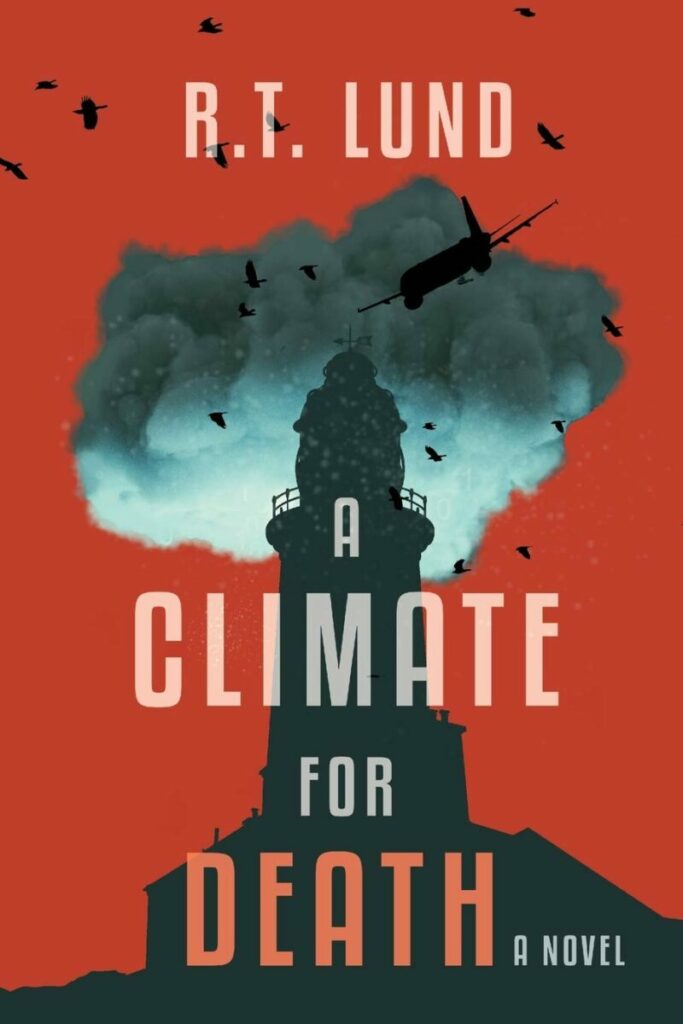 A Climate for Death by R. T. Lund

A thousand miles off course, a private plane grazes a historic lighthouse and crashes on a snow-covered precipice a hundred feet above Lake Superior. There’s a dead pilot on board, but three VIP passengers are missing. The FBI, NTSB and others head to the crash site in remote Lake County, Minnesota, where the locals are dealing with one of the coldest winters on record.

A deadly snowmobile accident, an upstart candidate for Congress, and alarming discoveries in Isle Royale National Park add to the challenges confronting local sheriff Sam MacDonald as the solitude of the North Shore is disrupted by events that could have national and international repercussions. The weather is just one of the circumstances that create a climate for death. 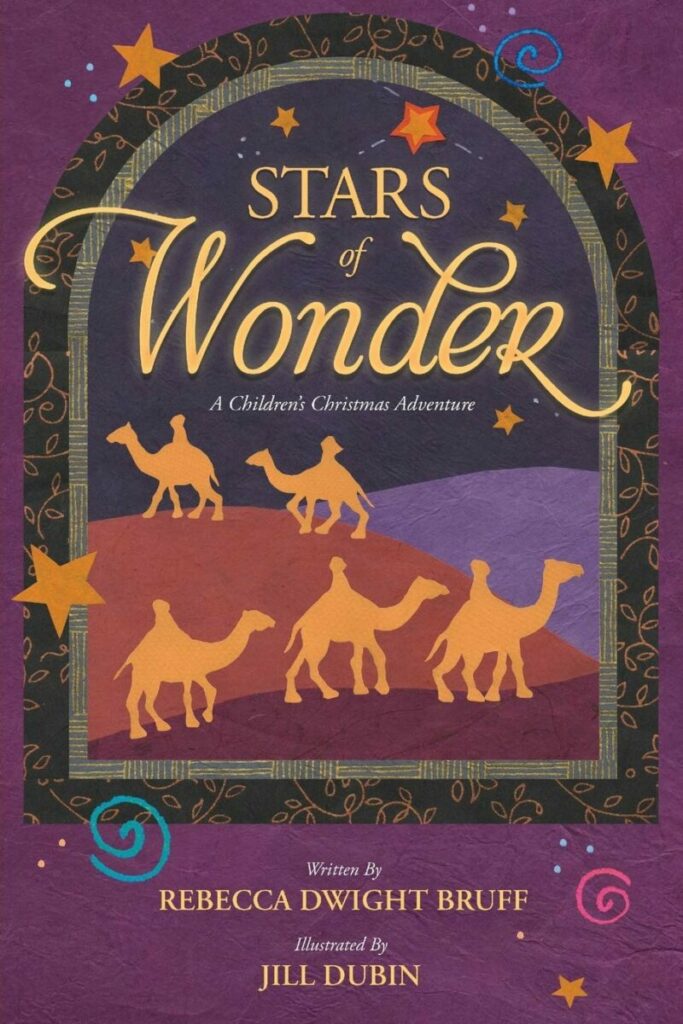 STARS Of WONDER is the fast-paced, courageous journey of four adventurous siblings who follow the brightest star in the night sky. Not knowing where their travels will take them or who they may meet along the way, they fight off dangerous animals, and meet a wise stranger as they overcome many unexpected struggles. As they travel hot desert sands, by day and night, they become separated and lost, and must rely on their curiosity and courage, as well as trust and cooperation, to attain their dream. 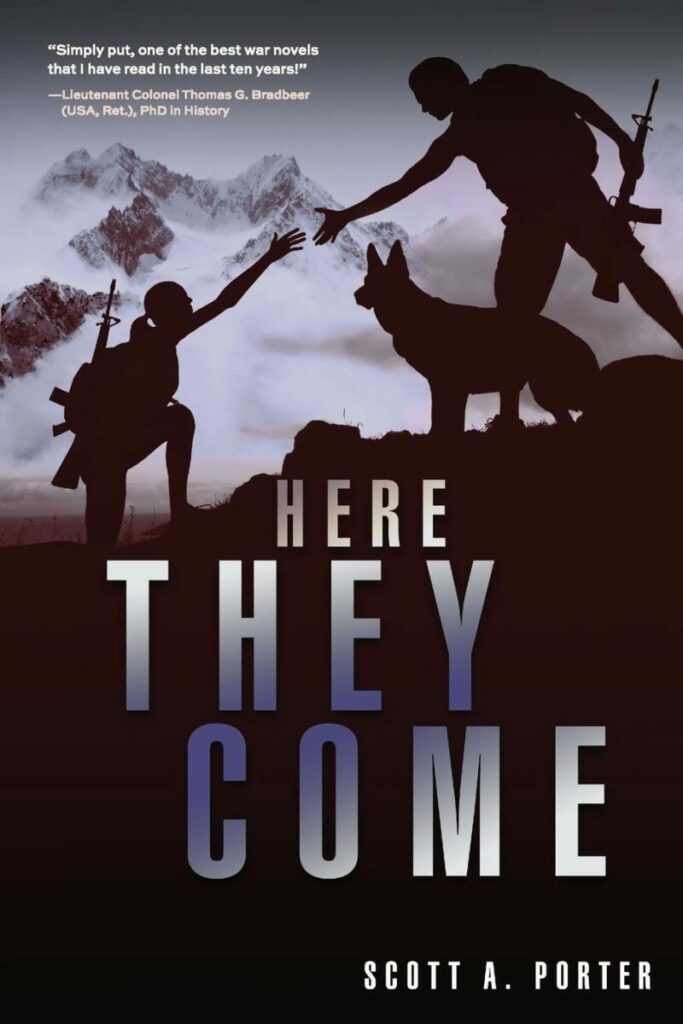 Here They Come by Scott Porter

“These are difficult times between our peoples, Miro. I wouldn’t let Julianna leave if I had any doubt she didn’t love you. So, let me get to the point. You must promise me now to take care of her, no matter what.” Josif looked sternly at Miro, as if seeing right into his soul. “No matter what. Never for a moment think that your Serb roots are more important than her. If you run out on her to join the Yugoslav Army, or turn your back on any Kosovars to save your own skin, well, you better think about the consequences. Take her out of Kosovo, but bring her back once it is safe.”

Julianna Shala, a Kosovar Albanian, and her husband, Miroslav Cadikovski, a Kosovar Serb, pursue their love in a nation divided by ethnic strife and eventually full-scale war. For the couple, the 1999 war in Kosovo tests the limits of ethnic bonds and past loyalties.Inspired by Serb nationalists to seize Kosovo, the Yugoslavian Army, Special Police, and paramilitaries clash with the ever-swelling and committed defenders: the Kosovo Liberation Army. With tens of thousands of civilians homeless or exterminated and NATO’s interdiction into the war on the side of the Kosovo Liberation Army, a vicious fight to the death ensues, and it’s victor takes all. 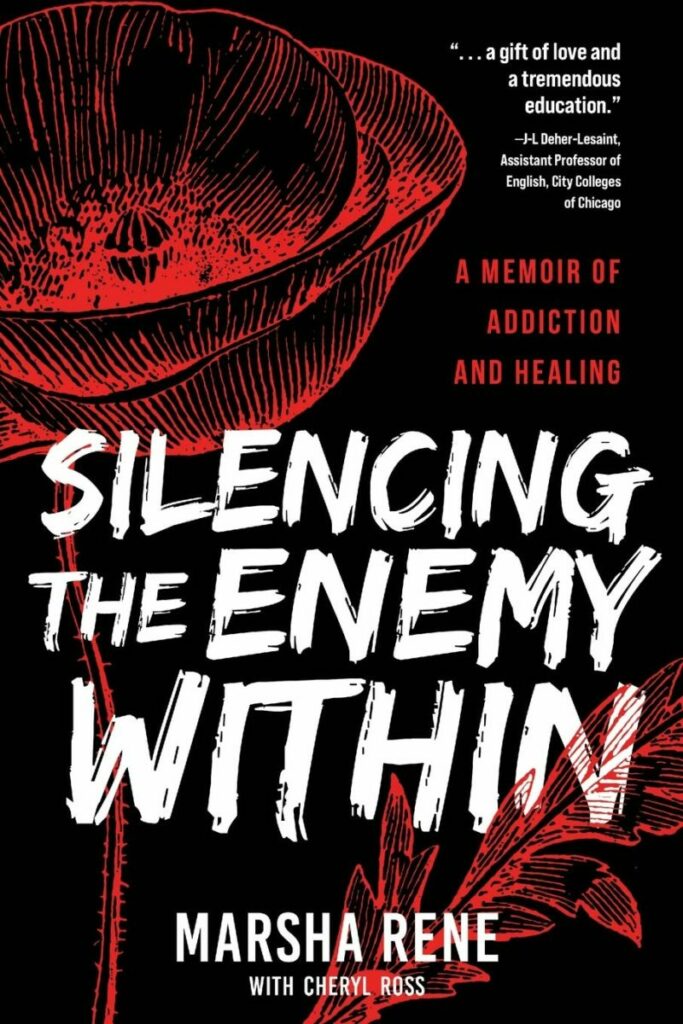 Silencing the Enemy Within: A Memoir of Addiction and Healing by Marsha Rene, with Cheryl Ross

Marsha Rene seemed destined for the good life, raised by loving parents in a Long Island suburb where she and her brothers often rode their bikes until their father’s whistle summoned them home for dinner. But at eight years old, her father died, leaving Marsha, her mother, and her brothers struggling to move forward.

In a few short years, Marsha, still grieving, became a drug addict and, in the drug underworld of ’90s New York, experienced sexual abuse over and over. But Marsha had a weapon-hands that had the power to heal others. That discovery would lead her to get clean after more than ten years of active drug addiction, but she would stay in abusive romantic relationships, at a loss about how to end the cycle.

Would Marsha triumph over this too? In Silencing the Enemy Within: A Memoir of Addiction and Healing, learn the answer and pick up lessons that can help anyone, regardless of their addiction, get and stay clean. 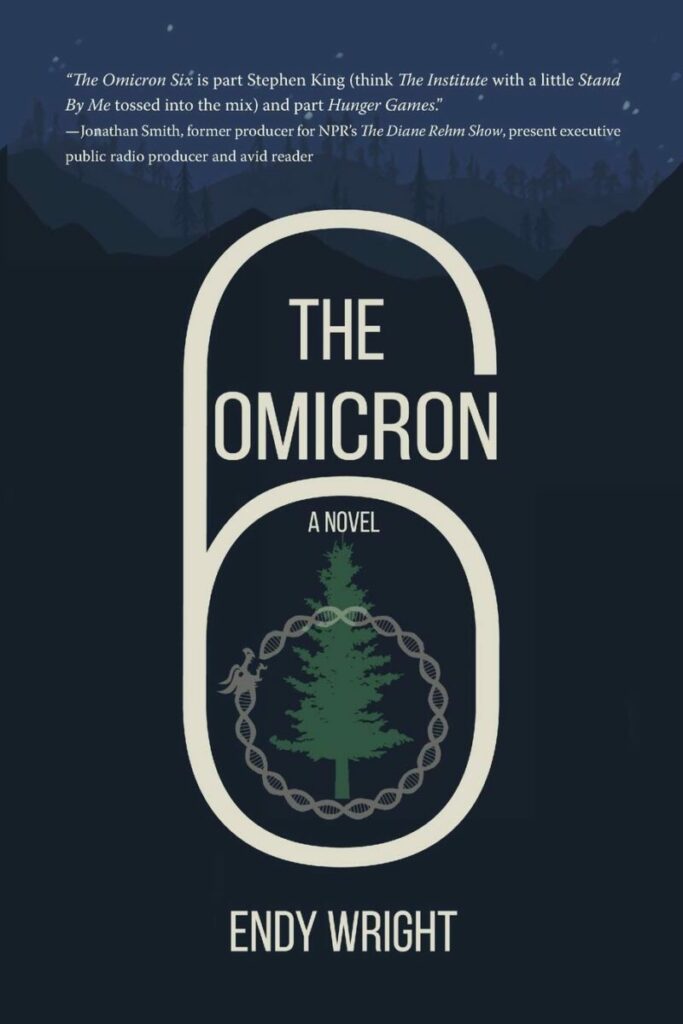 The Omicron Six by Endy Wright

“Cooper stretched his arm over on top of Coupe to quiet him and hold him down. He then reached into Coupe’s mind and urged him to sleep, told him to sleep, that he was safe and could sleep the night through without worrying about those . . . things that came to him. Coupe’s thrashing began to subside. He did not scream at all. He returned to a peaceful sleep.”

Cooper Callister cannot speak. Coupe Daschelete is the victim of horrible abuse. No one would expect them to possess superhuman powers. But they do. When a fight in the woods forces them to reveal themselves to each other, they start a journey together that leads them to discover power they never expected, power they were never intended to have. To unlock those powers and fully understand them, they must follow a difficult and dangerous path of self-discovery and self-revelation. Cooper is forced to face the isolation of his silence. Coupe must confront the demons that haunt his dreams, planted there by those who have abused him and broken his mind. Alone they could not do it. Only together do they have the strength to conquer their challenges.

The threats they confront force them once again to evolve into something new, this time to face a new enemy with deadly intent. But is the world ready to accept what they have become? 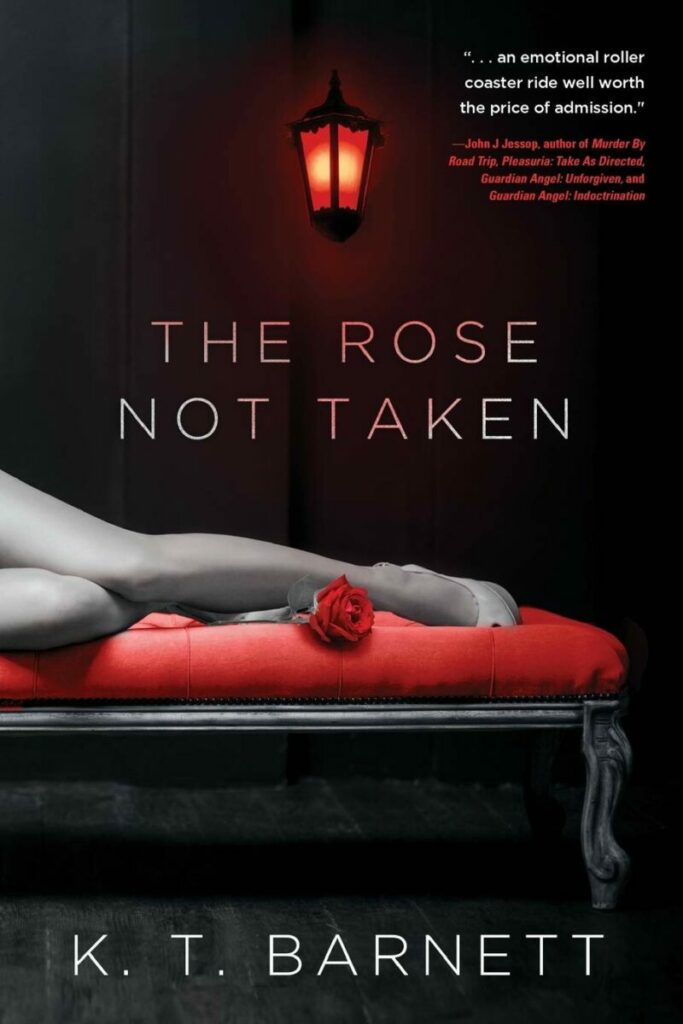 The Rose Not Taken by K. T. Barnett

By now, the windows of the tiny car were steamed up with breath. Estera looked at Don, breaking a sweet smile, and leaned over in her seat, placing her lips on him, kissing him for what seemed an eternity. Don, who was caught completely off guard, blushed beet red, yet loved every moment of the experience.

As Portland’s premier escort, Estera Hornbrook is otherworldly beautiful, enchanting . . . and tormented. Estera’s rise to prominence in her profession comes at a price, leaving her emotionally conflicted, restless, and unsuccessful in finding happiness in her life. Never one to give up, an embattled Estera forays into a dark underworld, which challenges one of her clients to rescue her. 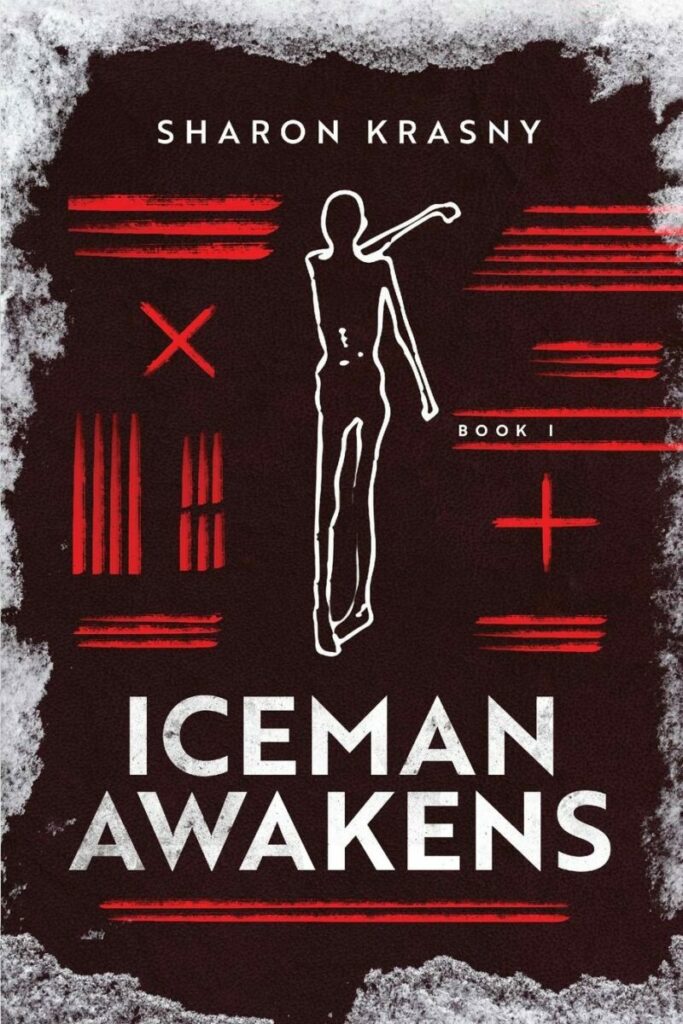 Nine strikes and a few sparks. Thirteen strikes and a spark caught a little smoke, but I hurried and blew too much while jostling the needles. Focus Gaspare. I felt the call deep within where my blood retreated to stay close to my heart. Focus. My head felt sluggish and my movements dragged with effort. Slowing my breathing I rearranged the needles on the bark and struck again–five strikes and the little spark became an ember. 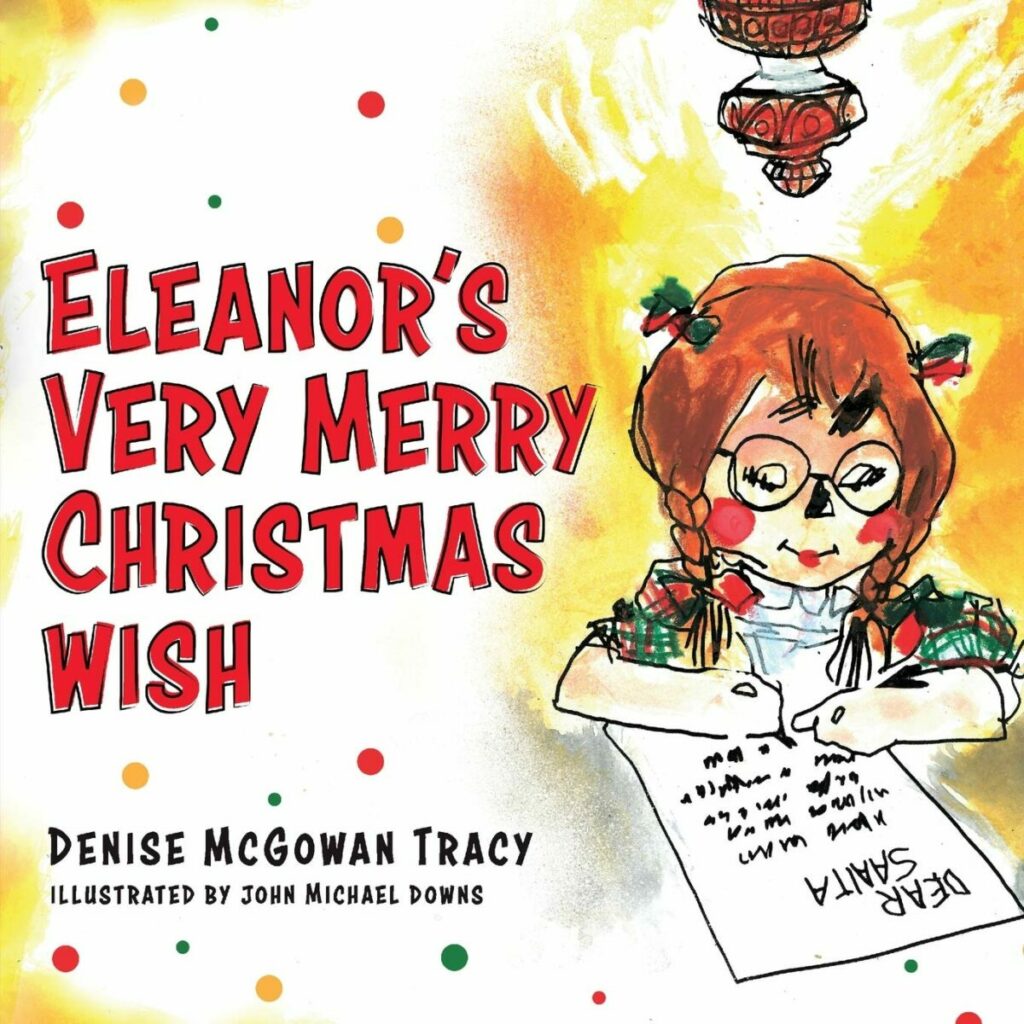 Welcome to the North Pole-a magical place full of happiness, friendship and love-home to a rag doll named Eleanor.

Surrounded by Santa, Mrs. Claus, Clara and the elves, Eleanor understands the importance of family and home which is why she has a very merry Christmas wish of her own.

With the help of all of her North Pole family, Eleanor learns that wishing alone is simply not enough to truly make your dreams come true.