Silencing the Enemy Within: A Memoir of Addiction and Healing 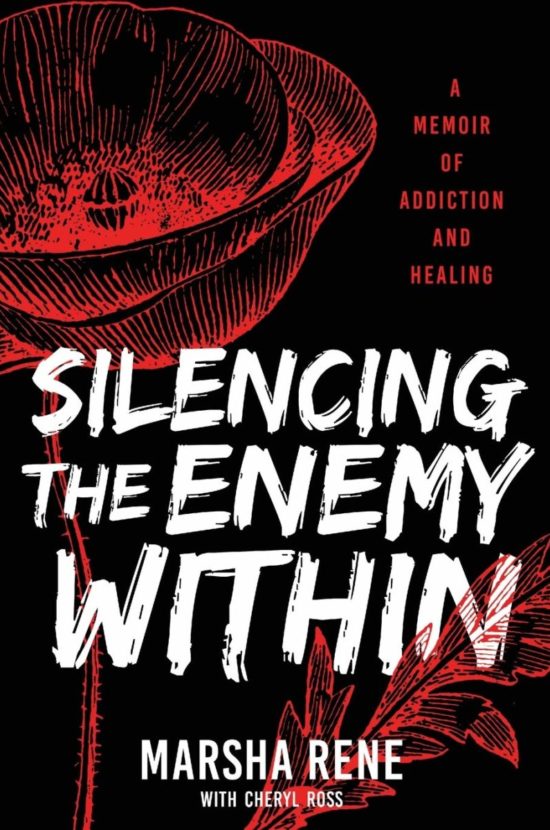 Marsha Rene seemed destined for the good life, raised by loving parents in a Long Island suburb where she and her brothers often rode their bikes until their father’s whistle summoned them home for dinner. But at eight years old, her father died, leaving Marsha, her mother, and her brothers struggling to move forward.

In a few short years, Marsha, still grieving, became a drug addict and, in the drug underworld of ’90s New York, experienced sexual abuse over and over. But Marsha had a weapon-hands that had the power to heal others. That discovery would lead her to get clean after more than ten years of active drug addiction, but she would stay in abusive romantic relationships, at a loss about how to end the cycle.

Would Marsha triumph over this too? In Silencing the Enemy Within: A Memoir of Addiction and Healing, learn the answer and pick up lessons that can help anyone, regardless of their addiction, get and stay clean.

Cheryl Ross is a nationally award-winning writer and book editor and the owner of Cheryl Ross Communications, a writing and editing company. She has worked with authors across the United States on award-winning books and bestsellers. Cheryl holds bachelor's and master's degrees in journalism from Northwestern University.

All books by this author| Visit author websiteMarsha Rene is a Reiki Master and licensed massage therapist whose hands have helped hundreds of people in her holistic healing center on Long Island, New York. She struggled with active drug addiction for more than a decade before finally getting clean. In the midst of the US's current drug addiction and opioid crisis, she wondered how she could help many thousands of others dealing with addiction. This book, her first, is her answer.