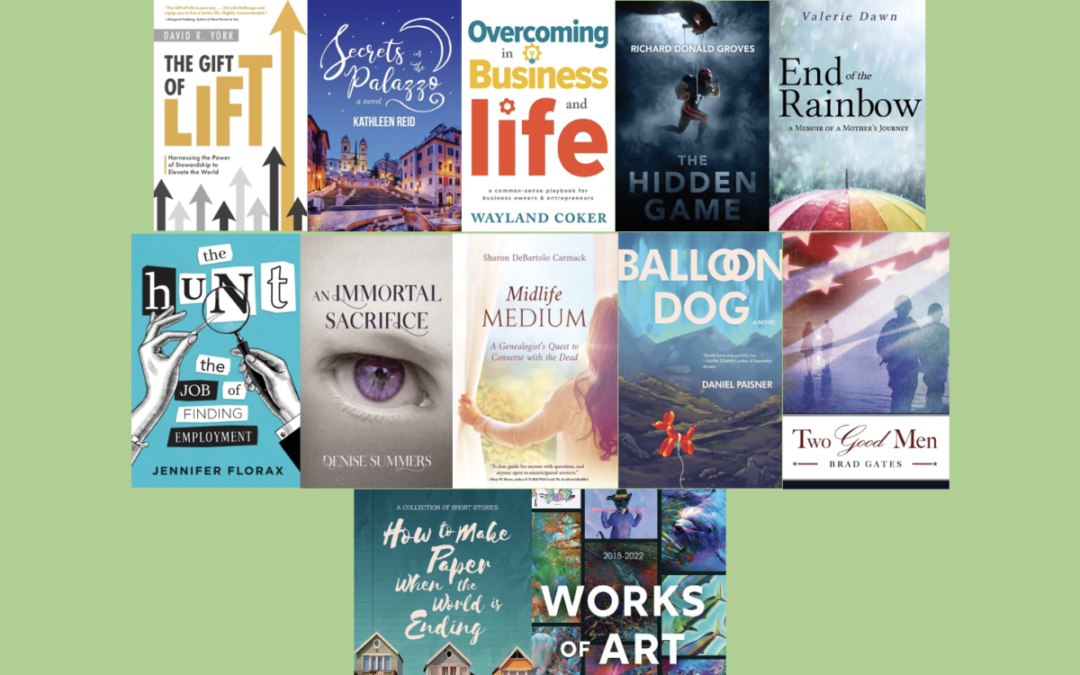 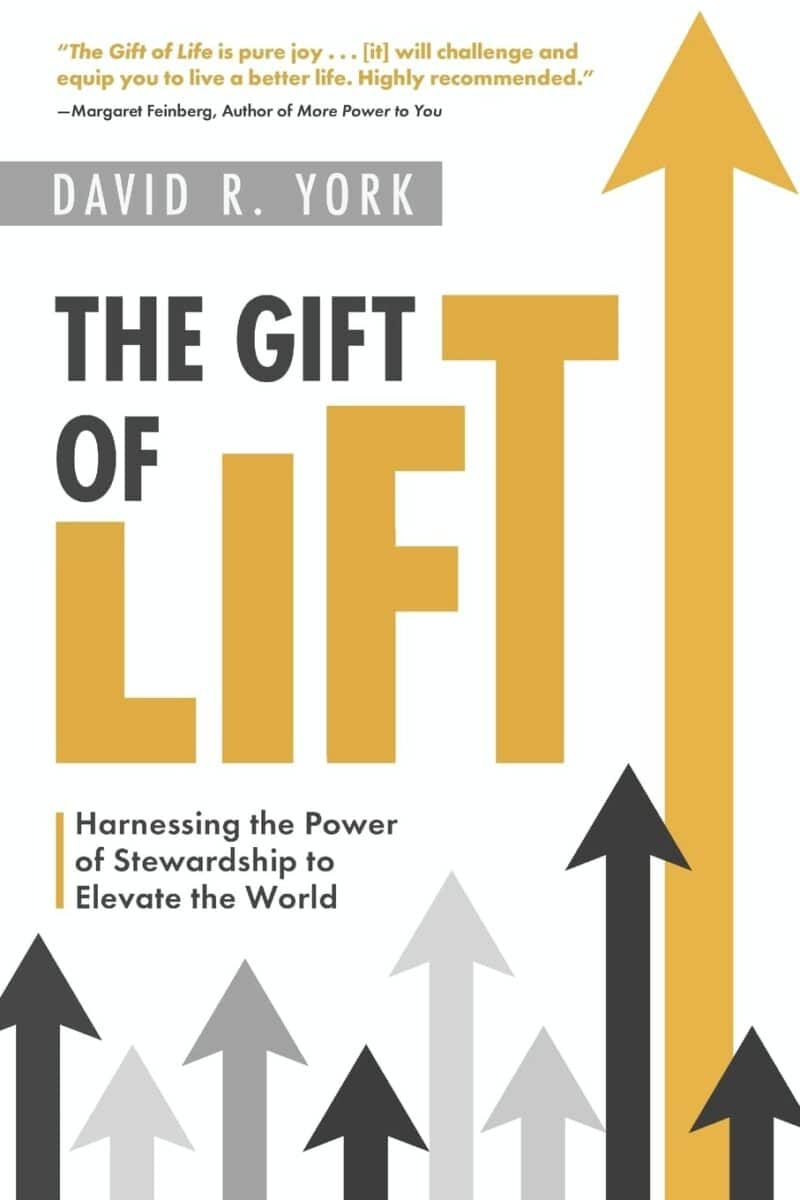 We live in a world that tells us how to live, what matters (and what doesn’t), and how to get what it says we want. These impersonal, external forces push us around and leave us off-balance, confused, and fatigued. Like actors following a script written by someone else, we find ourselves uncertain of where we have ended up, much less where we want to go, and asking, “What am I supposed to do next?”

Among us, however, are those who live differently. Held steady by the pull of purpose that comes from something far bigger than themselves, they amplify that force with deep personal engagement. These women and men live in an ascending spiral of clarity, vision, and balance that guides their lives and allows them to make lasting impacts in the world. More than mere consumers, dreamers, or even owners, these people have found the ancient secret to a life lived as a steward.

The Gift of Lift seeks to unlock these secrets and provide a pathway towards intention, meaning, and purpose.

Give me your slices and hooks; your club-throwing frustrations; your sore backs; your hot-under-the-collar and I’ve-had-enough- 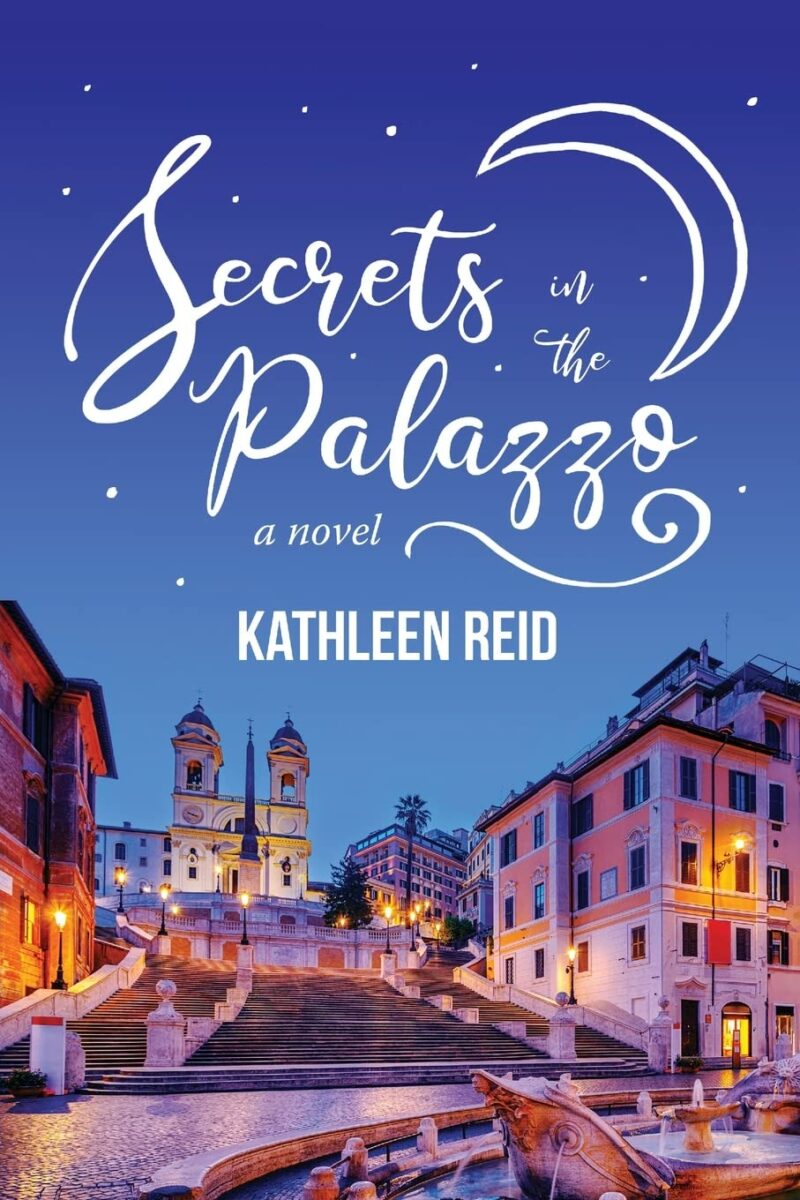 Newly minted artist Rose Maning is thrilled with the positive reception of her first gallery opening. Her success is empowering, yet the constant demands of work make planning her wedding to Lyon impossible. To complicate matters further, her conservator friend Beatrice uncovers a mysterious clue to a centuries-old mystery that involves a lost Leonardo da Vinci painting.

Rose heads to the Eternal City of Rome to uncover a fierce rivalry between two of the greatest Renaissance masters: Michelangelo and Leonardo da Vinci. The past and the present intertwine when Beatrice becomes enthralled by a street artist named Mike. He and his nemesis, Vince, create thought-provoking murals that challenge people to look at history through a different lens.

As they search for the lost Leonardo, Rose learns some hard lessons about greed and the healing power of love. 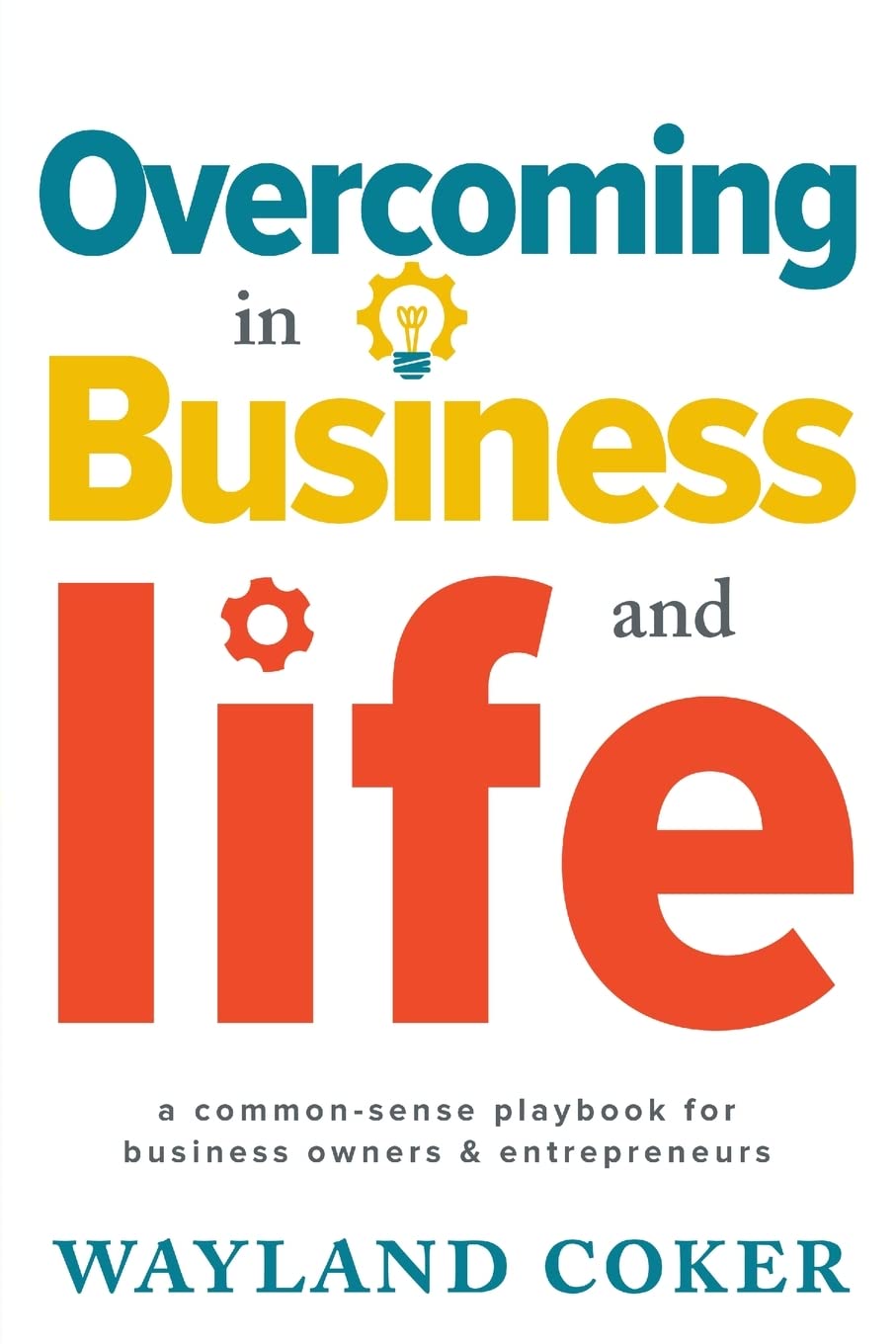 One needs a knowledgeable and experienced mentor to face the many challenges confronting business owners and entrepreneurs today. In Overcoming in Business and Life, Wayland Coker is that mentor. He not only provides principles for overcoming almost every conceivable situation, but he also shares personal stories and situations applying those principles. He doesn’t just give you answers to all your problems. Like a good mentor, he asks the hard questions you should be asking yourself. Overcoming in Business and Life doesn’t tell you what to think but rather how to think, preparing you to overcome both now and in the future, no matter what lies ahead. 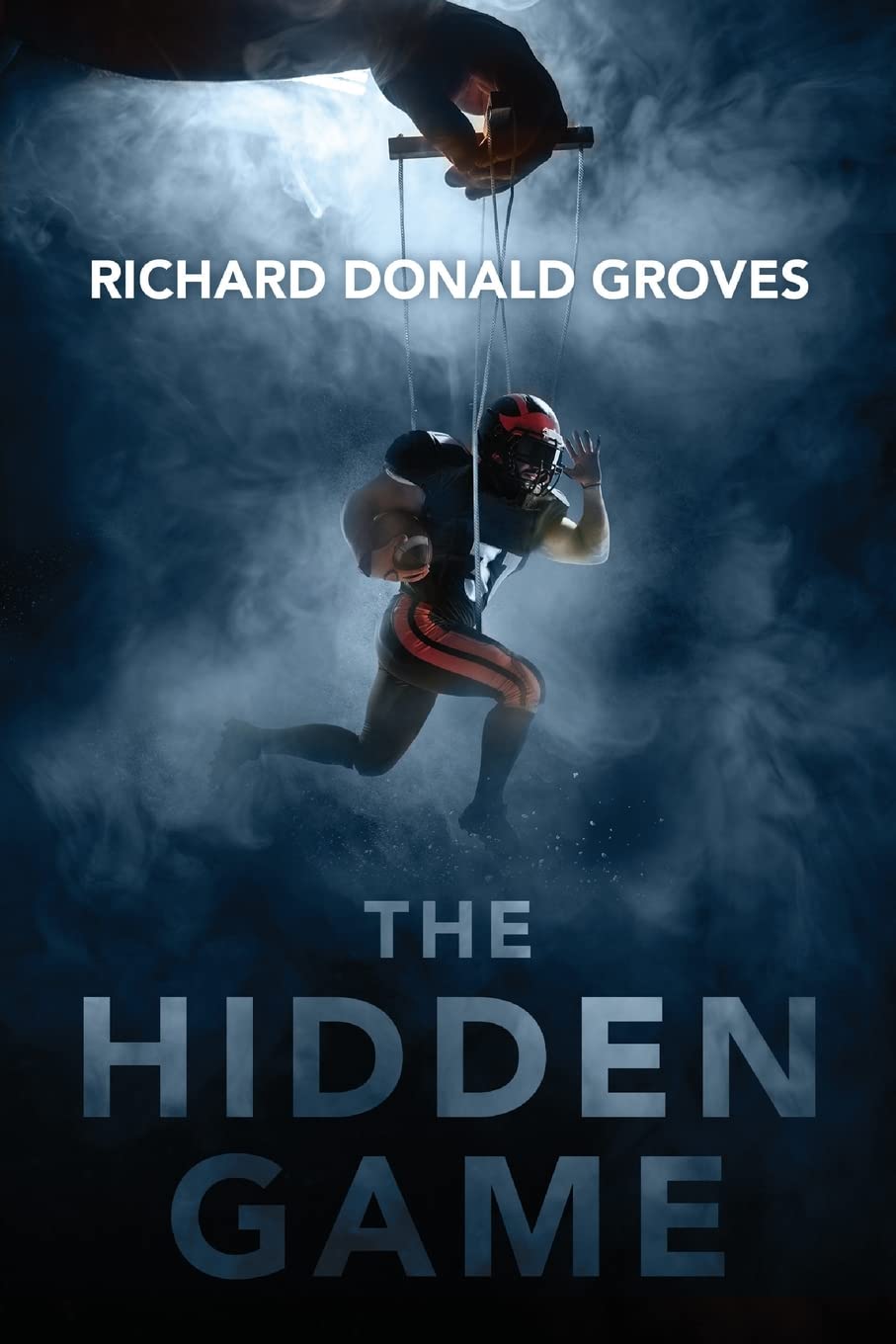 WHAT IF PROFESSIONAL FOOTBALL WERE JUST ANOTHER REALITY SHOW?

A series of controversial calls

Tony Stravnicki is an old-school assistant coach who lives for the game-often to the detriment of his family. After a difficult loss, he is fed up and suspicious about the number of controversial calls against his players. Is it his coaching, bad luck, or something else? He intends to find out.

An unknown adversary and a high-stakes gamble

Soon he comes up against a sinister group manipulating the sport through blackmail, physical violence, and murder. As he searches for the truth, his family’s safety, his values, and his job are all under siege. How much is he willing to risk, and how will this change him?

The Hidden Game explores the contentious balance between football as a team sport and football as a massive entertainment business carefully orchestrated for maximum ratings and profit. 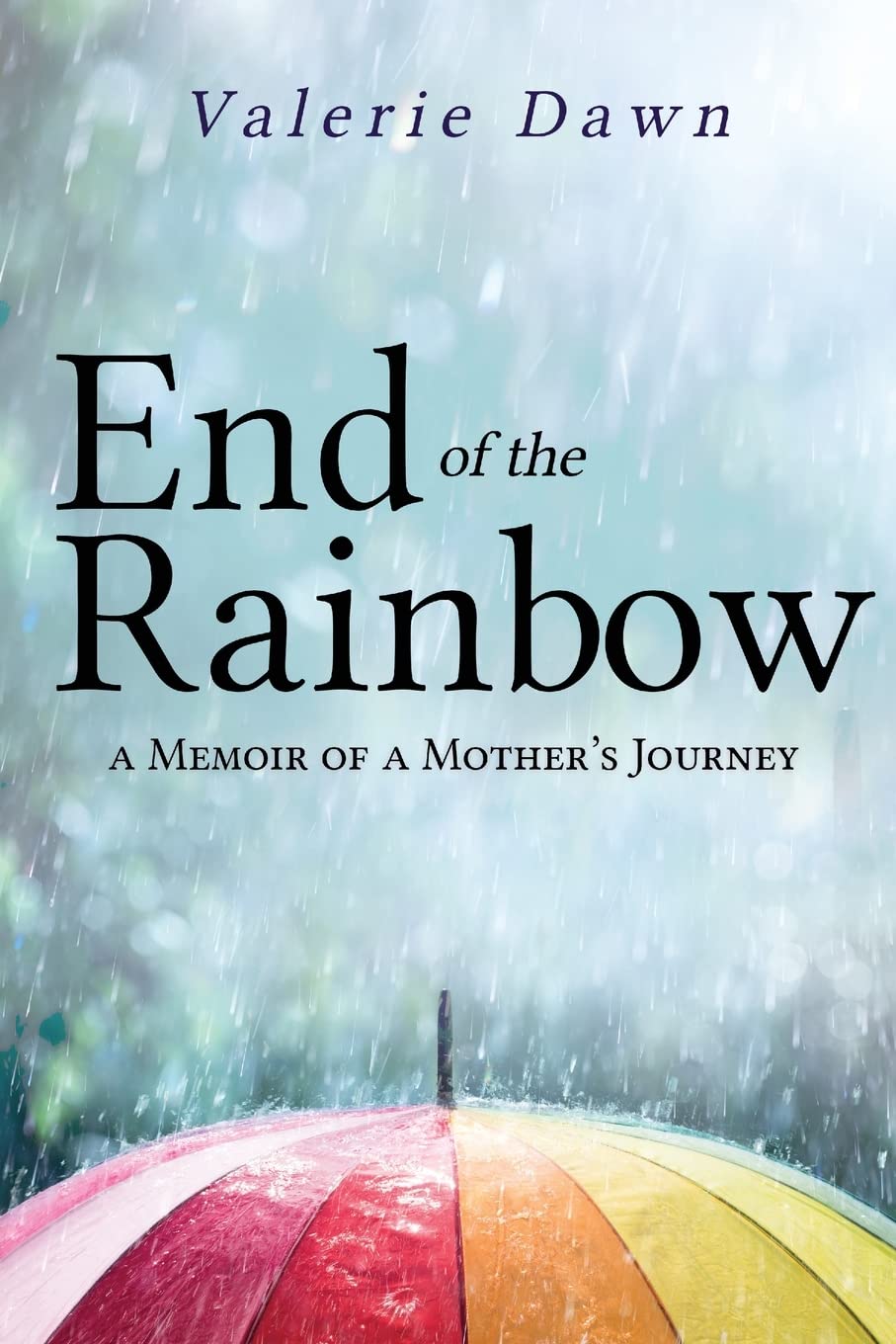 What would you do if everything you were taught to believe was wrong?

Travel with Valerie as she explains what it was like to become a foster parent, adopt, and be “that mother.” She notices that something’s not quite right but is dismissed, even after the abuse starts. Threatened by professionals and shamed for asking for the support her family needs, she begins to question who she is.

As Valerie embarks on a quest to find the reasons behind her adopted children’s behavior, medical and mental health professionals point fingers at each other, and other professionals blame the issues on medication and a mother who demands perfection. Then one day she finds the strength to start holding the professionals accountable. It doesn’t stop the threats or judgments, but it leads her to the next level as a special needs and mental health advocate.

End of the Rainbow: A Memoir of a Mother’s Journey takes a deep dive into systemic failures, and into a mother’s strength and heart. This is a haunting journey that will make you question the things you thought you knew. 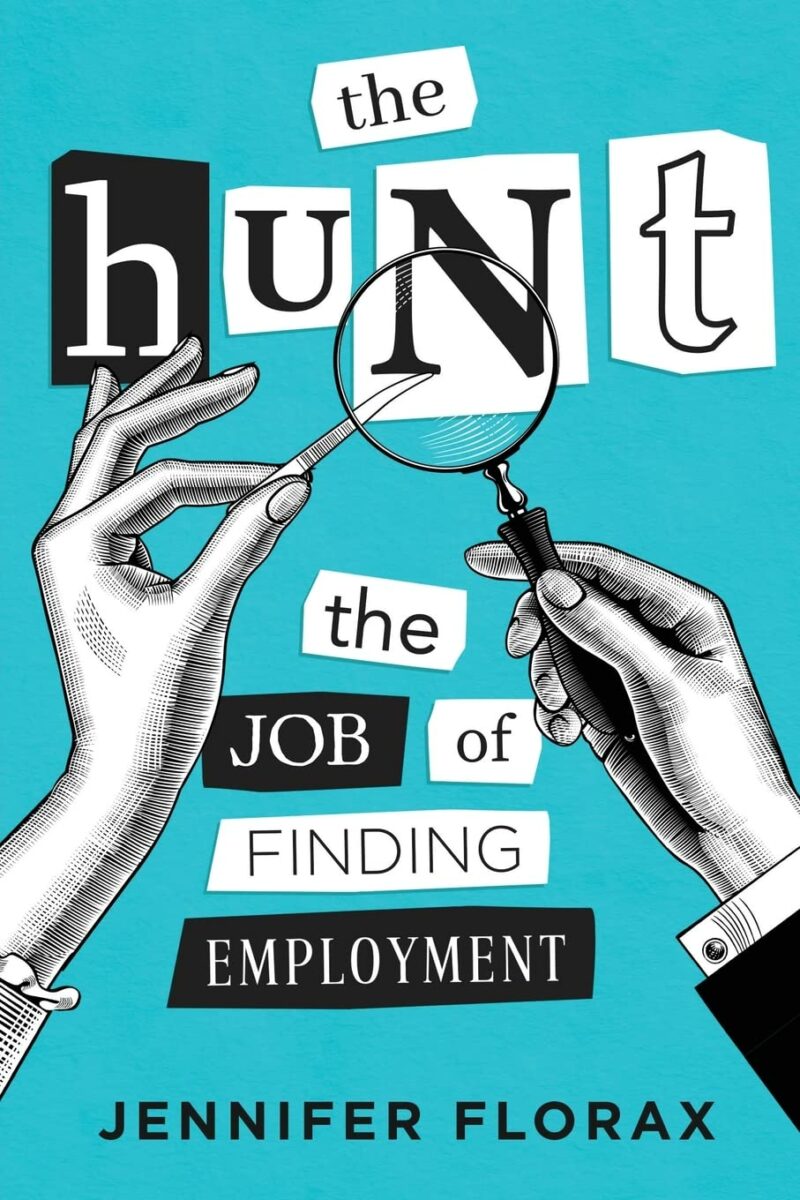 The Hunt for a job is a long journey. Employers don’t hand out jobs like candy. You need to be prepared to pound the pavement, figuratively and literally.

The Hunt breaks down the search for a job as an employee and provides an overview from the employer’s perspective, providing straight-to-the-point tips to assist in the effort to find a job. There’s no fluff, no quick ways to stand out. Cut the fluff, and do the work required to find the job you want. Knowing what an employer is looking for will help you tailor your résumé to a potential employer’s needs. Advice for both perspectives is the same: set a goal, identify what you need, be selective, and put in the work. There is no shortcut to this process. 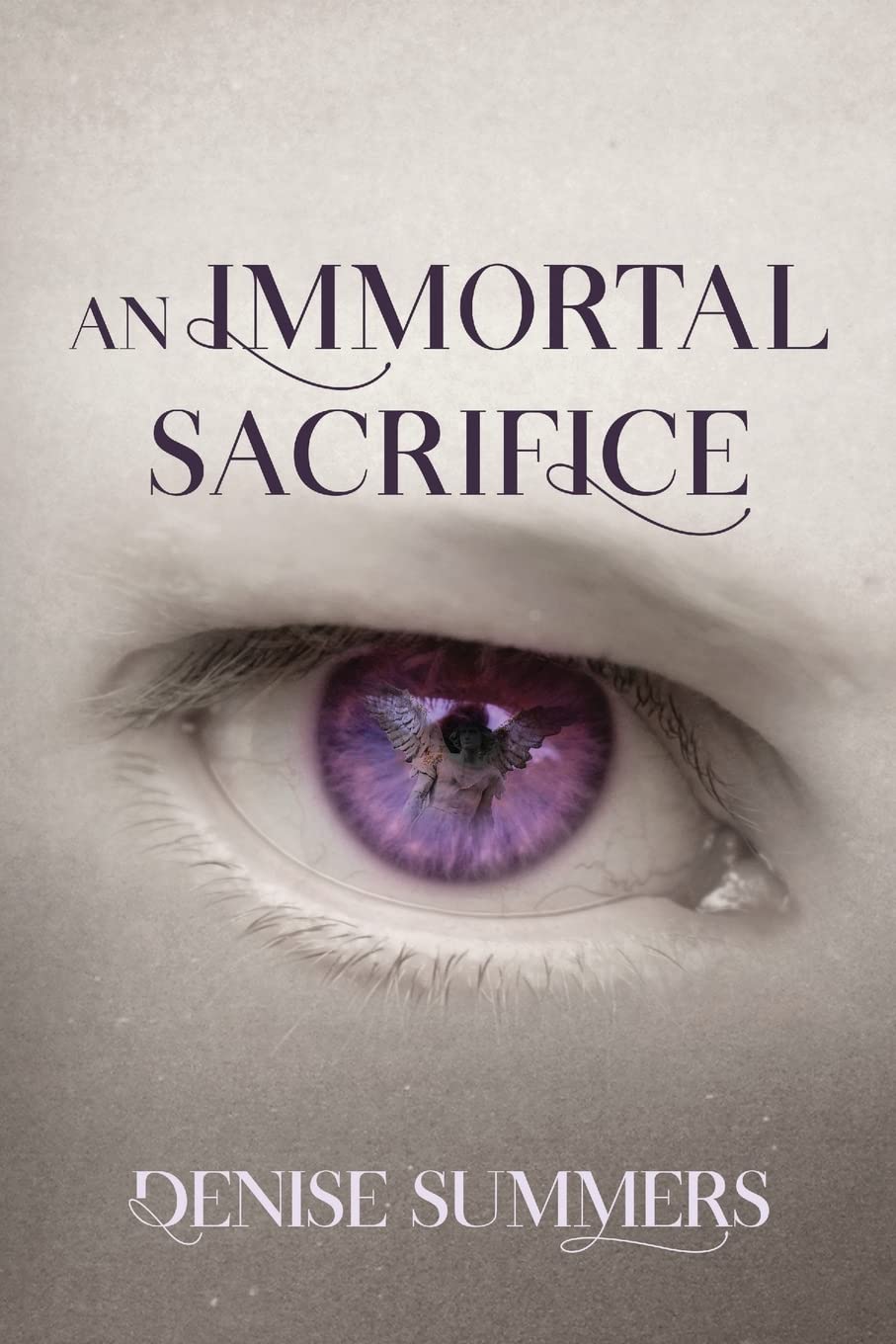 Eons ago, Kalum, an angel and demon hybrid, nearly wiped out humanity after a betrayal. Divine and supernatural forces conspired to imprison him in a cave with a single clue to his freedom: “A human life spilled will release him, but an immortal sacrifice will set him free.”

When Kalum escapes and finds himself trapped in a larger prison, present-day Kara Creek, Maine, he bumps into the elusive Genevieve. Not only immune to his unique abilities, she also seems to have a direct line to the beings who imprisoned him a thousand years ago-and apparently, they want her to help him.

Kalum’s only desire is to blend into this new modern world and solve the mystery of his freedom, but he cannot deny the longing he feels for his rescuer. Risking exposure, he delves into the mystery of Genevieve. Meanwhile, much larger forces put the entire world in danger under the terms of a divine bet for the souls of humanity. Will Genevieve bring him peace in this strange world? Or will the world burn as he finds out? 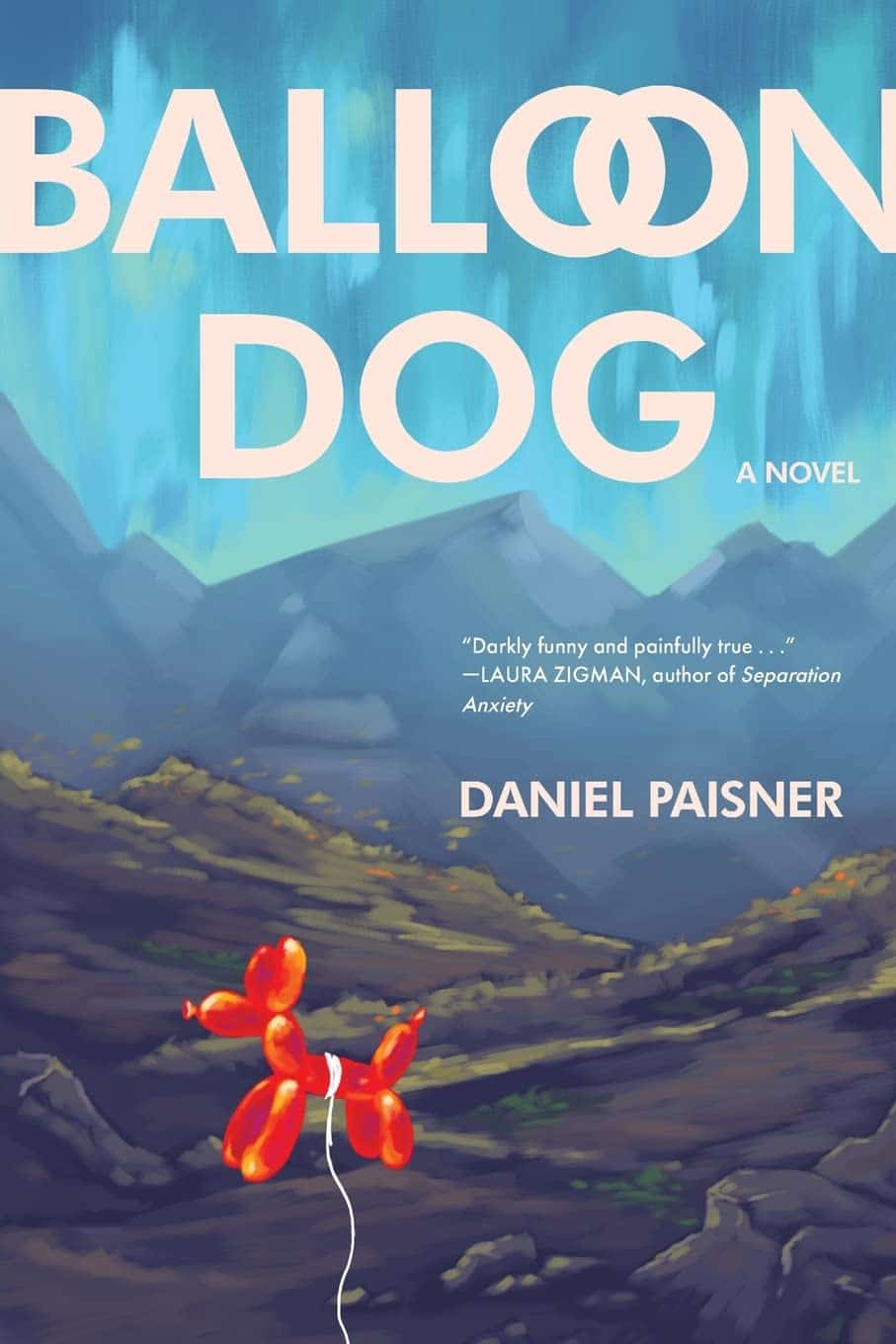 What happens when the life you are living is no longer the life you imagined? When you are well and truly stuck? A darkly comic tale of longing and legacy, Balloon Dog, the fourth novel from best-selling ghostwriter Daniel Paisner, prompts readers to consider what it means to leave a mark and what it takes to be swept up in the same currents that move almost everyone else.

A brazen art heist pushes our protagonists to reflect on the choices they’ve made-and the ones that have been made for them. Set in the near- present, the story turns on the ill-conceived theft of a high-end Jeff Koons sculpture, lifted in plain sight from its perch beside a luxurious mountain home in Park City, Utah, and follows the musings, misadventures, and meeting of minds of a Long Island writer in midlife crisis and the art thief behind the ill conception.

Balloon Dog poses two central questions: Is the transformative power of art enough to lift us from our days? And what is art, anyway? 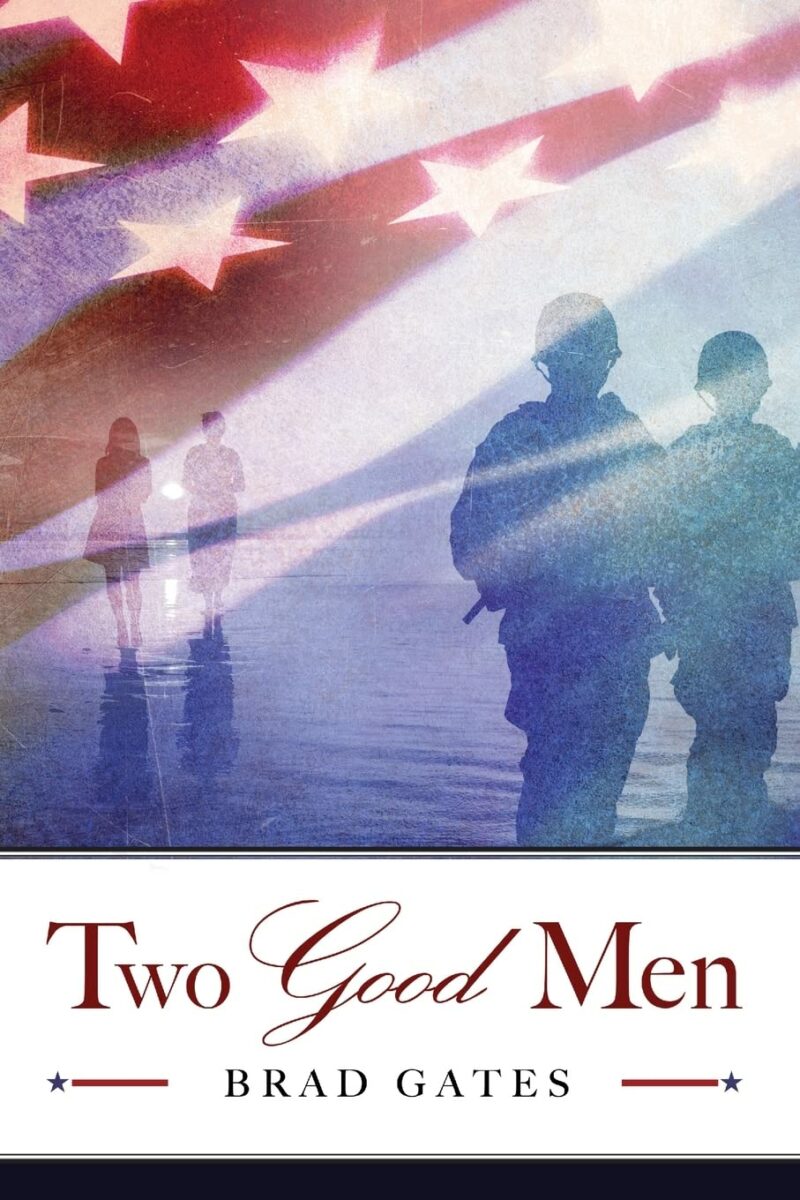 When the tragic deaths of two fathers occur in early 1952, the surviving family members are brought together by the vision and love of retired Marine Pappy Smith, who is grandfather to one fatherless son and mentor to the other. After high school, the boys set off for college together, but a deceitful coach reignites the boys’ desire to join the United States Marine Corps.

Stationed in California in the mid-1960s, the young Marines meet two beautiful cousins and quickly fall in love. Soon the foursome are learning to navigate and overcome the challenges of Vietnam, college degrees, marriage, and children. Two Good Men is a story about service and love, and about the lives of the men and women who give their all for their country. 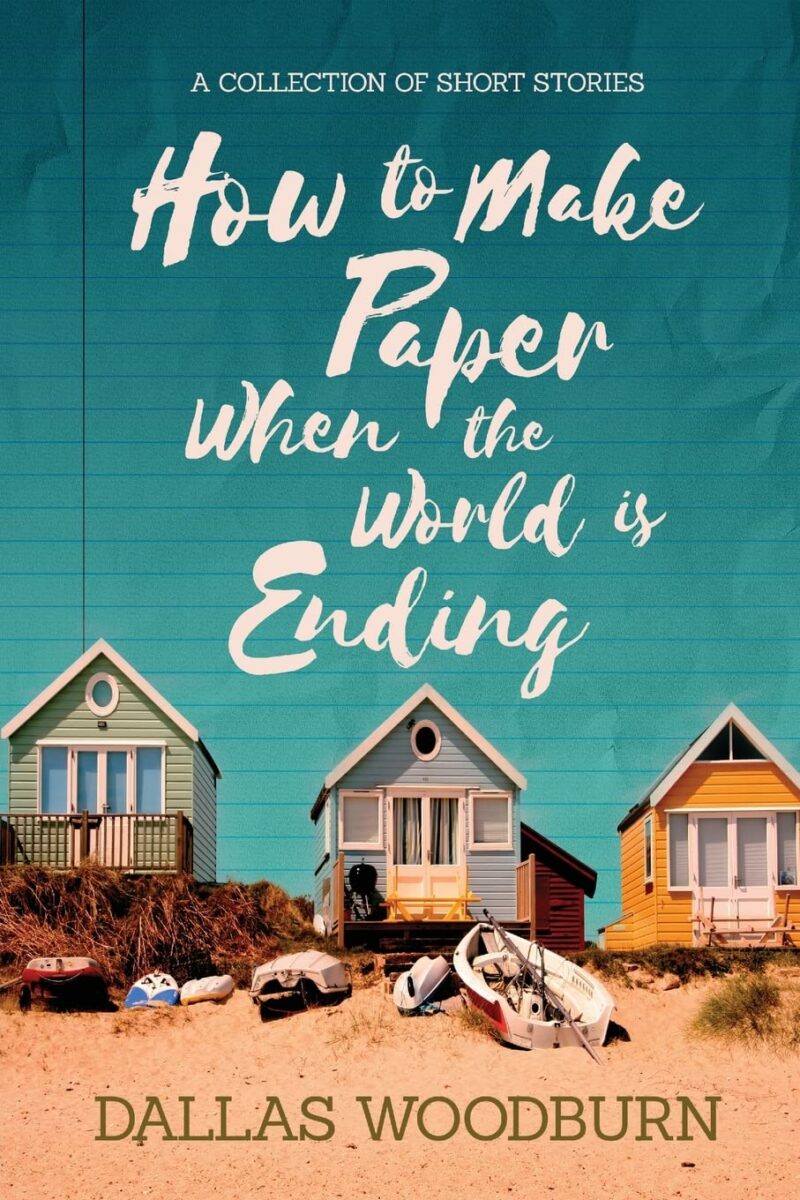 A couple sets off on their first long weekend together with romantic-or murderous-intentions. A recently divorced father attempts to jump-start his life by performing as John Lennon in a Beatles cover band. A young woman becomes obsessed with a sweepstakes contest in the wake of her roommate’s sudden death.

As Entropy Magazine noted of her first collection, Dallas Woodburn is a master of writing stories that “never cease to surprise or carry a wave of emotional impact.” With its ambitious scope and resonant themes, How to Make Paper When the World Is Ending is another deeply felt, captivating collection of stories that will linger long after the final page. 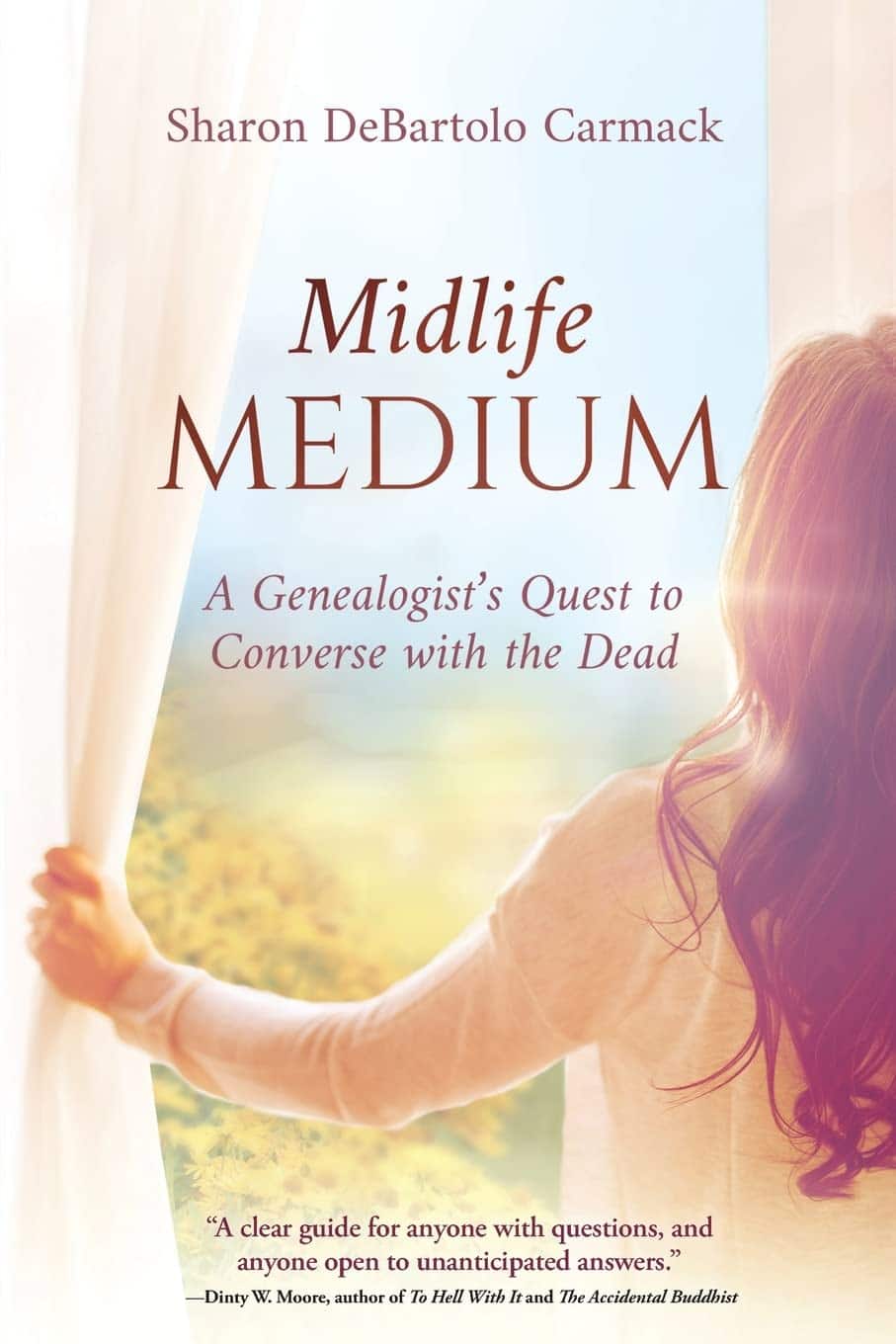 Can we really communicate with the dead? Sharon DeBartolo Carmack, a fifty-six-year-old renowned genealogist with no childhood paranormal experiences, intends to find out.

Midlife Medium is an unintentional spiritual memoir as Sharon engrosses herself in the world of mediumship to learn whether it’s possible for anyone to become a medium. The journey is not without unexpected, sometimes unsettling, consequences as Sharon grapples with her own mortality and discovers a little-known religion, Spiritualism. She also discovers that all relationships can heal, even after death. But perhaps the biggest challenge is the strain her quest puts on her relationship with her skeptical, science-teacher daughter.

An often humorous yet profound attempt at bridging the gap between life and the afterlife, Midlife Medium: A Genealogist’s Quest to Converse with the Dead also includes a short guide and suggestions for readers who want to start their own journey to become a medium. 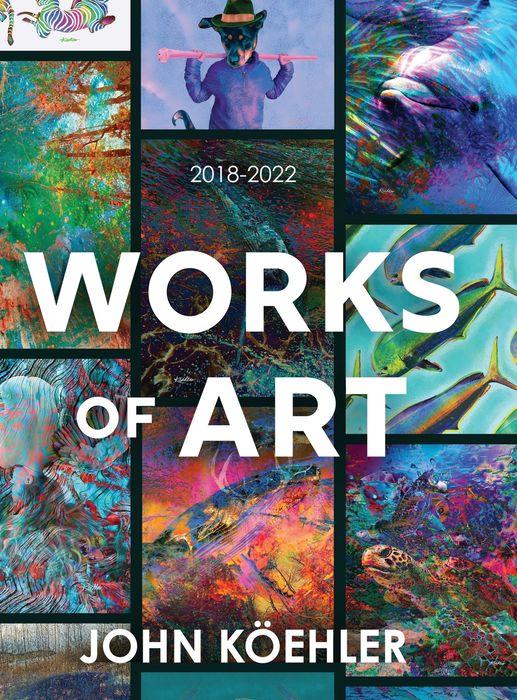 In late 2018, John Koehler acquired an Apple iPad Pro, a pressure-sensitive Apple pencil, and a program called ProCreate. Thus began an intensive four years to master his new art tools, study techniques and create more than 300 works of art by the Spring of 2022. Koehler created a series of dogs, animals, nudes, and portraits. Some of the work is smoothly polished realism or surrealism, some more impressionistic with strong applications of color and line, and more recently a series of abstracted and heavily layered work. Most of the work shown within this book will form the basis for a show later in 2022.