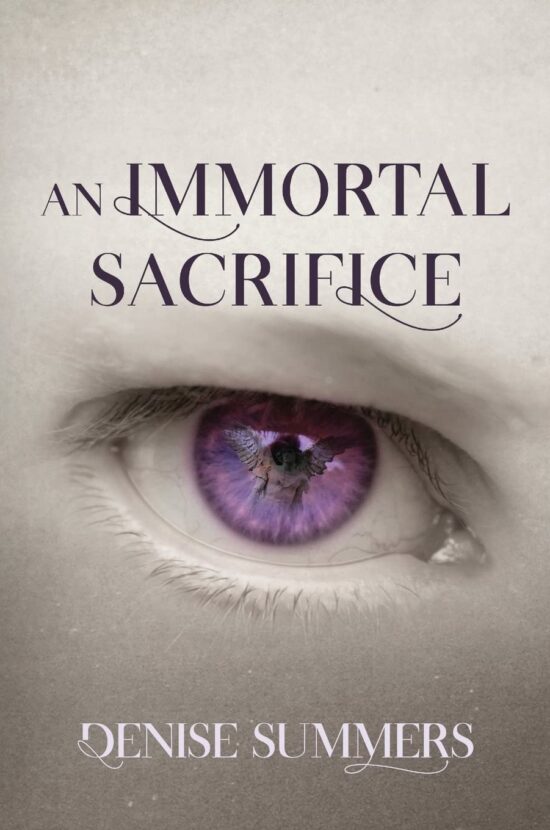 Eons ago, Kalum, an angel and demon hybrid, nearly wiped out humanity after a betrayal. Divine and supernatural forces conspired to imprison him in a cave with a single clue to his freedom: “A human life spilled will release him, but an immortal sacrifice will set him free.”

When Kalum escapes and finds himself trapped in a larger prison, present-day Kara Creek, Maine, he bumps into the elusive Genevieve. Not only immune to his unique abilities, she also seems to have a direct line to the beings who imprisoned him a thousand years ago-and apparently, they want her to help him.

Kalum’s only desire is to blend into this new modern world and solve the mystery of his freedom, but he cannot deny the longing he feels for his rescuer. Risking exposure, he delves into the mystery of Genevieve. Meanwhile, much larger forces put the entire world in danger under the terms of a divine bet for the souls of humanity. Will Genevieve bring him peace in this strange world? Or will the world burn as he finds out?

Denise Summers has written several short stories for her friends and family over the years and received widespread encouragement from her loved ones to publish a book. As a romantic comedy junkie who devours books, movies, and TV shows like a carb addict in a bakery, she grew tired of shows going glutton-free and missing the special ingredient that makes an epic romance. To fulfil those cravings, she set out to write a romance herself. An Immortal Sacrifice is her debut novel.