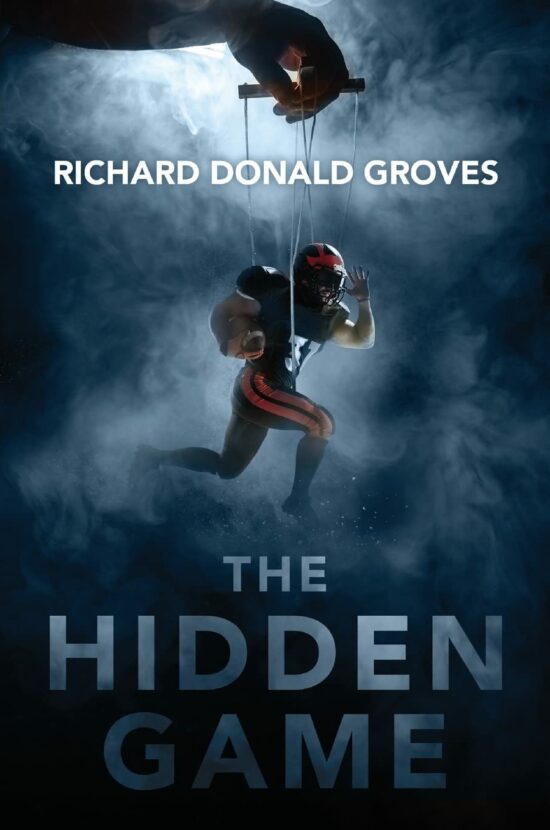 WHAT IF PROFESSIONAL FOOTBALL WERE JUST ANOTHER REALITY SHOW?

A series of controversial calls

Tony Stravnicki is an old-school assistant coach who lives for the game-often to the detriment of his family. After a difficult loss, he is fed up and suspicious about the number of controversial calls against his players. Is it his coaching, bad luck, or something else? He intends to find out.

An unknown adversary and a high-stakes gamble

Soon he comes up against a sinister group manipulating the sport through blackmail, physical violence, and murder. As he searches for the truth, his family’s safety, his values, and his job are all under siege. How much is he willing to risk, and how will this change him?

The Hidden Game explores the contentious balance between football as a team sport and football as a massive entertainment business carefully orchestrated for maximum ratings and profit.

Richard "Dick" Groves is retired from a thirty-eight-year career in private practice dentistry and is a lifelong football fan with a passion for writing crime suspense and mystery. A member of the New Hampshire Writer's Project and critique group and the New England Crime Bake, he also enjoys writing short stories and flash fiction. He is a graduate of Northeastern University and the Virginia Commonwealth University School of Dentistry and served six years in the Navy Dental Corps. Post-retirement, he participated in two humanitarian missions to the Pacific on board Navy ships and two "Missions of Mercy" to Appalachia, providing much-needed dental treatment to these areas.