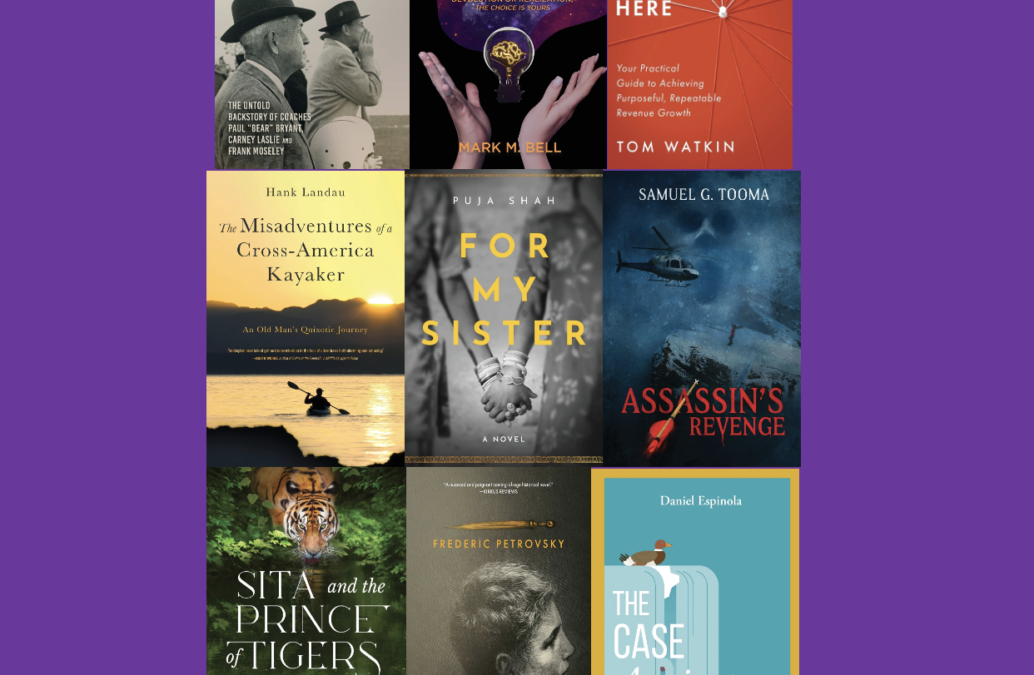 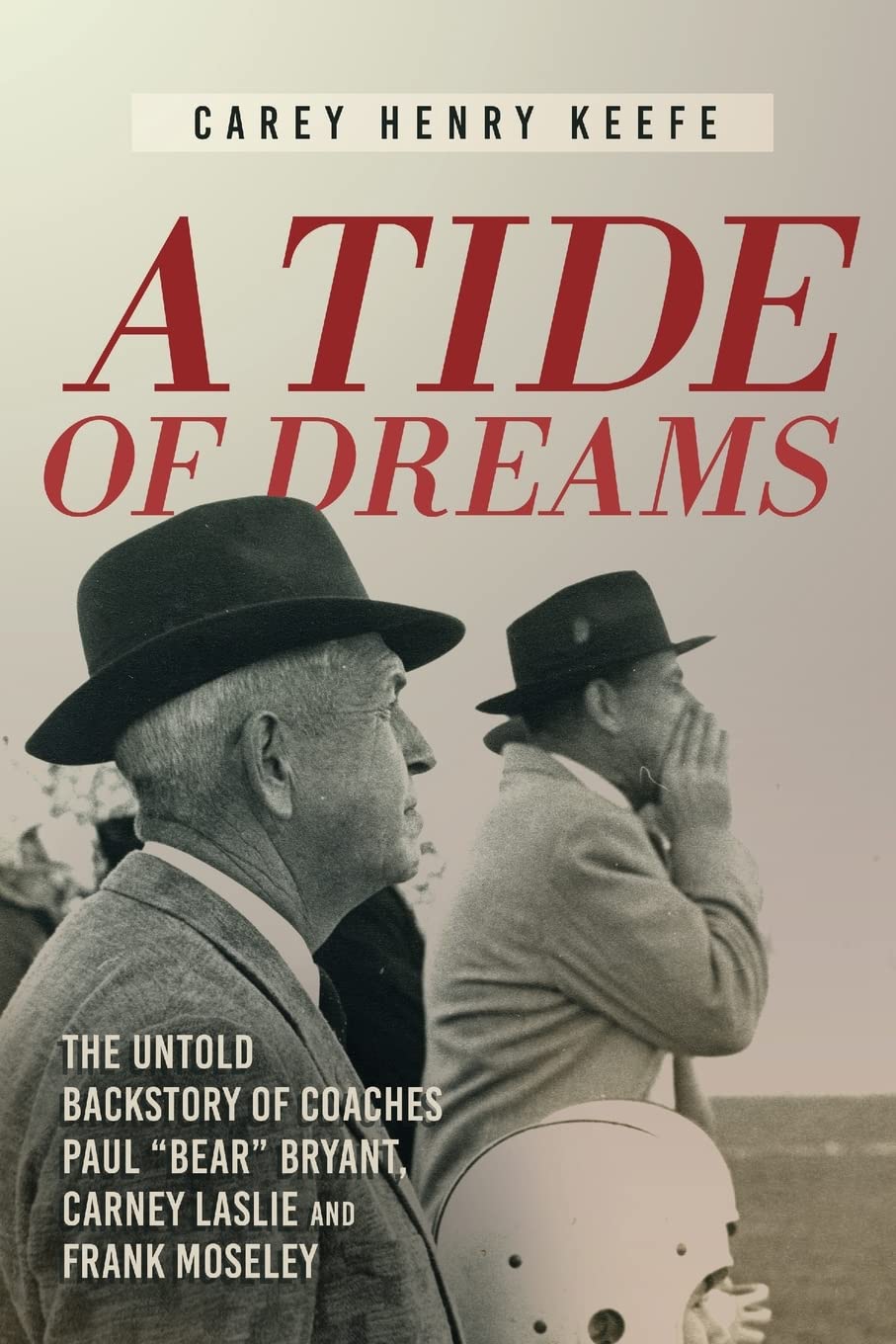 With the bombing of Pearl Harbor in December 1941, dreams of young men and women across the nation were sidelined while the country prepared for war. This was true, too, of Coaches Paul “Bear” Bryant, Carney Laslie, and Frank Moseley, three friends and former football teammates from the University of Alabama. Their plans to coach football together upended, they instead were selected to be part of a little-known contingent of fast-tracked ace coaches turned naval officers known as the “90-Day Wonders.” The tough, military-style team conditioning they implemented at the Navy’s Pre-Flight Training Centers resulted in a US fighting force which became known for being the toughest in the world.

Post-war, the three men reunited again, taking their brand of coaching to collegiate teams and transforming them into national champions. Spanning the 1920s until 1961, A Tide of Dreams is not so much about the game of college football as it is about friendship and loyalty, aspirations and dreams, and the intriguing blend of three personalities who loved the game. Author Carey Henry Keefe, granddaughter of Carney Laslie, has woven this revealing account from a treasure trove of personal letters and diaries, extensive library and newspaper archival research, and numerous interviews, creating an inside and fascinating look at the sport and what it cost for those who became the face of its success. 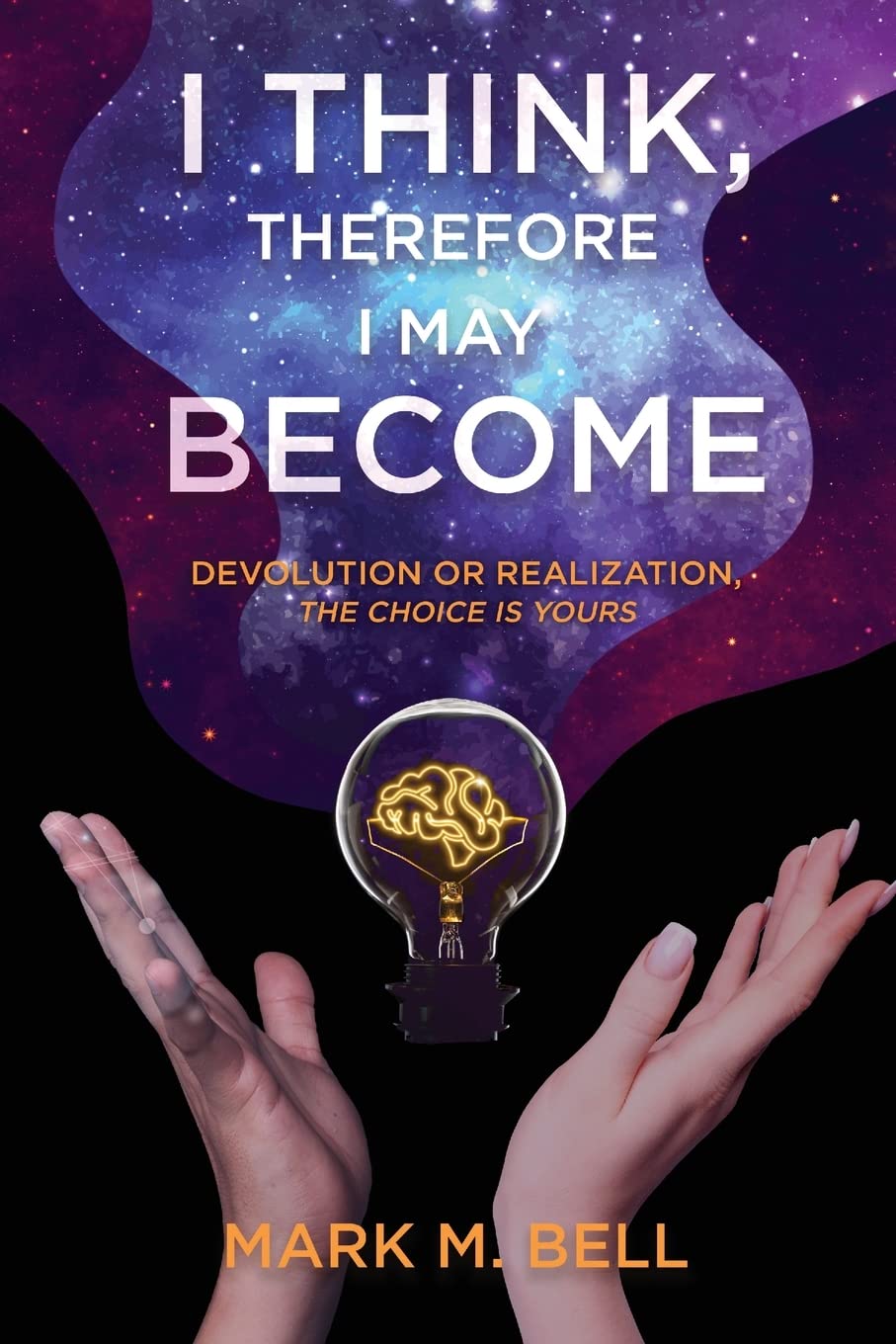 Using an amalgam of the social, life, and physical sciences and encompassing a broad spectrum of time from the creation to the present, Mark M. Bell describes how we must continue to strip away the unknowns and misconceptions that have bound and divided us in order to survive as a species. In explaining the necessary changes to the way we educate, parent, and choose world leadership, and by introducing new terms such as mindbrain, and the AUQ, the author moves the reader toward an unwavering belief that we must and are capable of making the changes necessary in order to survive. I Think, Therefore I May Become: Devolution or Realization, the Choice Is Yours is a plan for every human being who wishes to preserve all life and live in freedom and peace, whether on this or any other orb, far into the future. 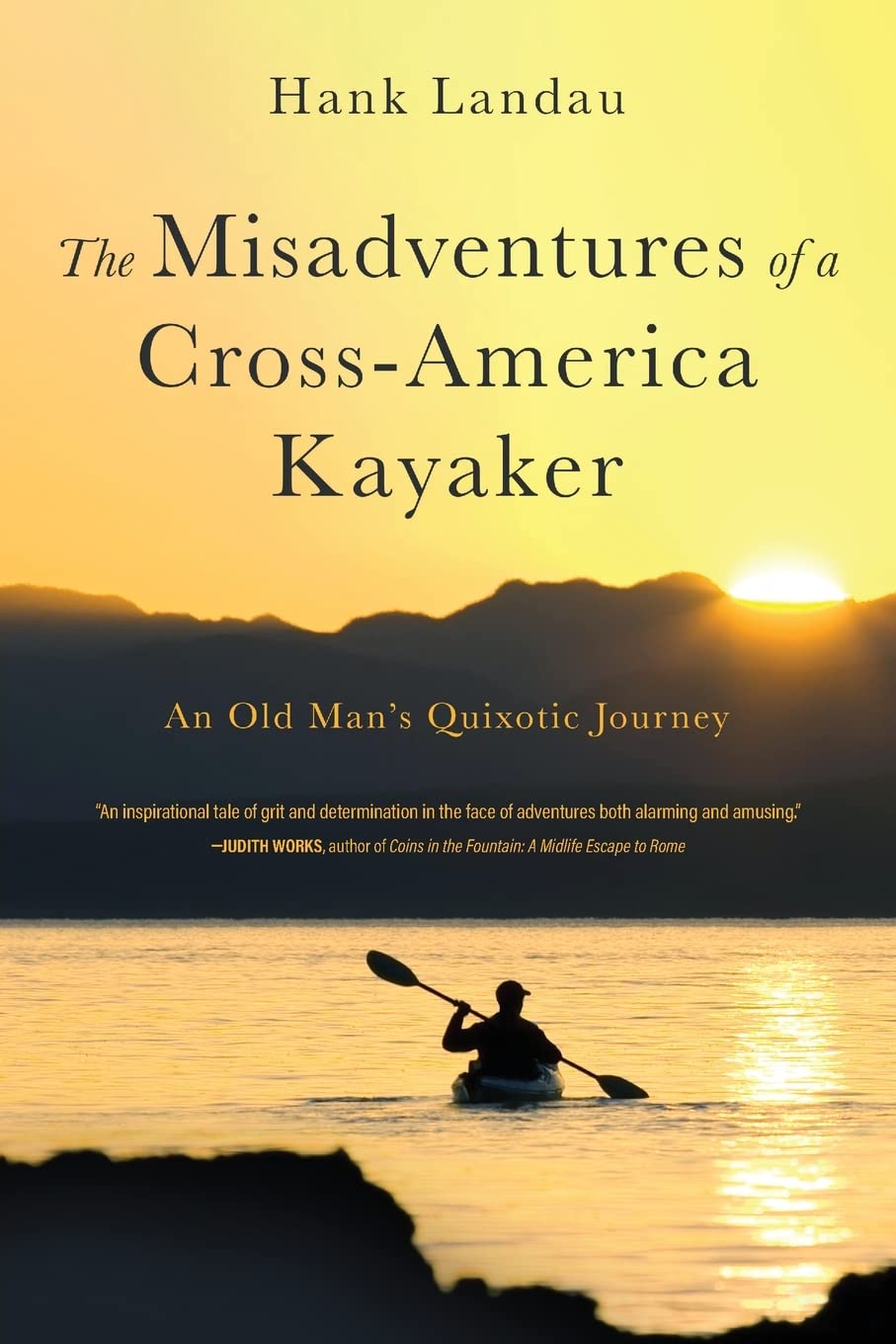 The Misadventures of a Cross-America Kayaker is the story of an old man on what would probably be his final adventure. Over a span of seven years, Hank Landau paddled and portaged over 4,700 miles on nineteen waterways and rivers, six of them going upstream. He touched seventeen states and traversed thirty-one dams along a route that started at the Pacific Ocean and ended at the Atlantic.

Alone almost the entire trip, and always under his own power, age and injuries took their toll. Paddling over a diversion dam, run-ins with a charging alligator and a rattlesnake that pursued his kayak, almost being run down by tows and barges, being swept out to sea at an inlet, capsizing in rapids, and becoming lost in a swamp as fire ants invaded his cockpit were some of the perilous, life-threatening, and sometimes humorous misadventures he encountered along the way.

He also had ample time to reflect on the accomplishments of early explorers, including those of the Lewis and Clark Expedition, whose route he followed west of the Tennessee River. Not a day went by that he didn’t reflect on the beneficial and detrimental impacts civilization has brought to our rivers and waterways and to the people who now live and once lived along their shores. This is their story, and your story, as well as his. 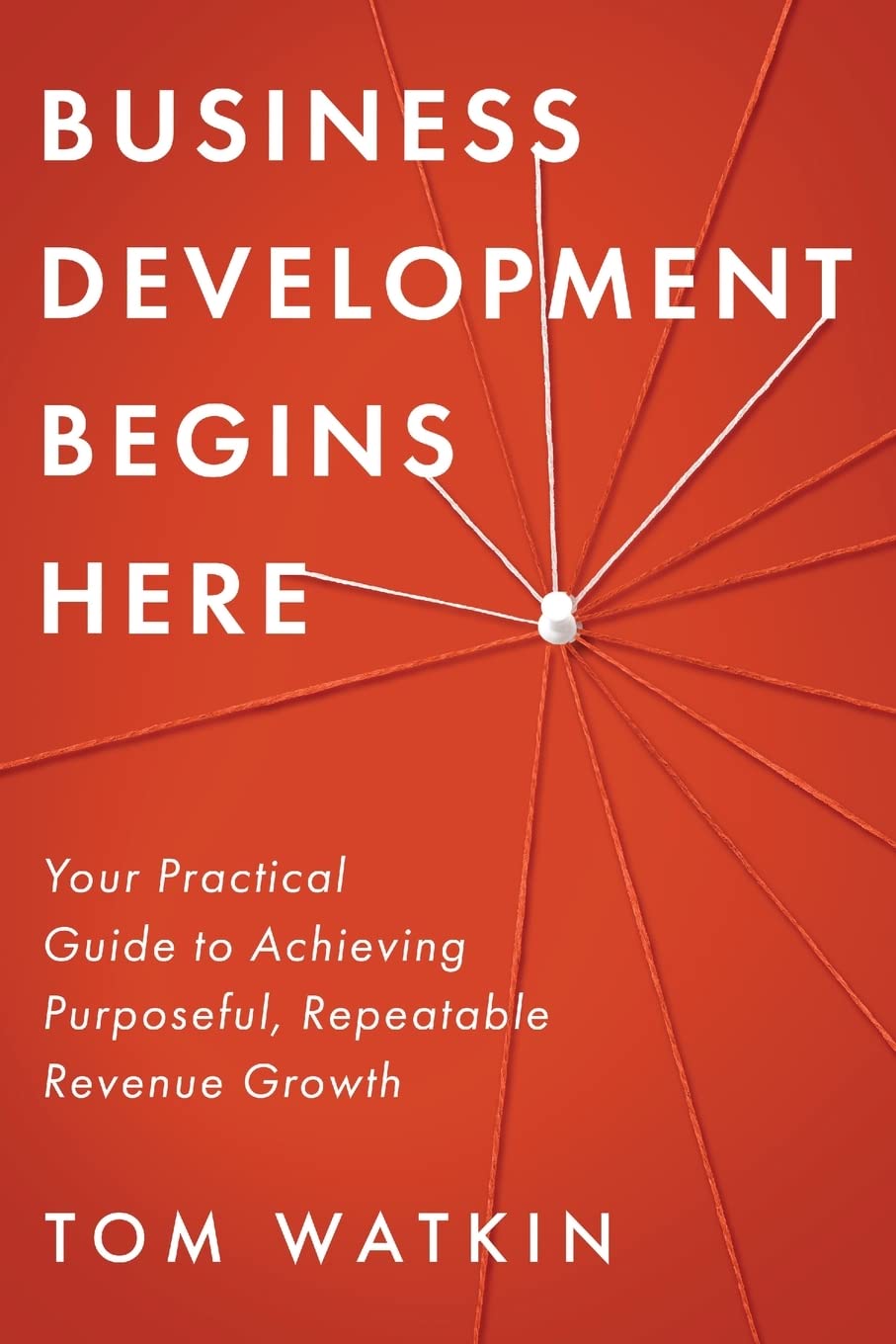 Whether you’re a business owner, entrepreneur, or technical professional, never has the ability to grow a business been more critical than in today’s ever-changing landscape. Leaders eager to develop these skills will find Business Development Begins Here their go-to resource.

Drawing on his twenty-plus years of professional experience leading teams and business development across the globe, Tom Watkin distils the essence of business development into an easy-to-use system comprising three stages-assess, aim, and action. Assessing purpose, goals, and market while aiming effort through consistent planning leads to systematic action that will keep you talking to the right customers and pursuing priority opportunities again and again.

The simplicity of the system and its foundation in real-world experience results in a practical guide with lessons that can be applied immediately. This robust system will contribute to significant revenue growth. Don’t miss this opportunity to catapult your business development effort to the next level. 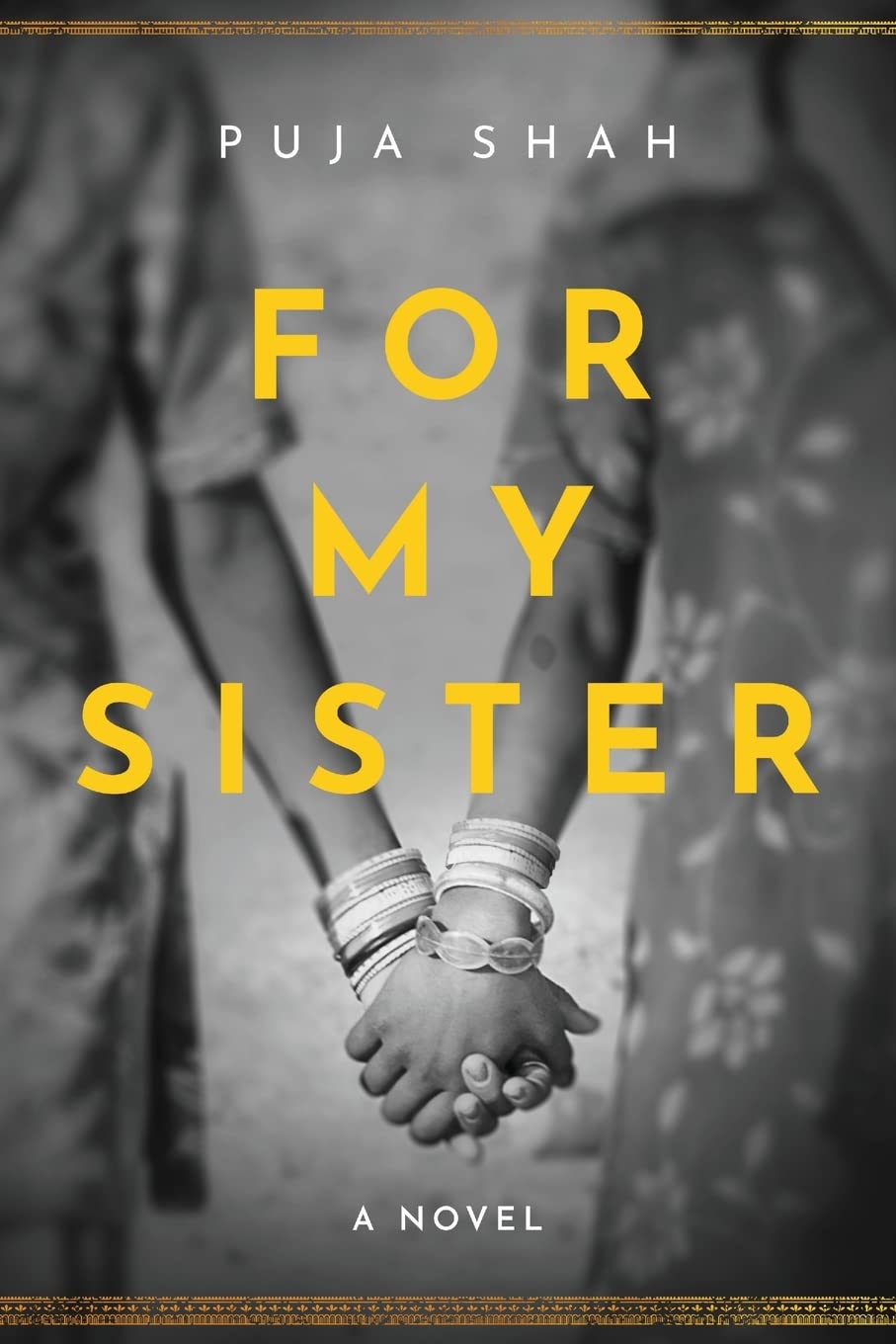 Amla and Asya are sixteen-year-old twins living with their family in a small village outside of Mumbai. While they look alike, they are very different. Asya is known for her quiet grace and understanding, whereas Amla questions authority and breaks rules.

Their lives change overnight when their mother becomes ill with cancer and their father succumbs to the massive financial strain of her care in Mumbai and eventually abandons his children. To the twins’ dismay, their grandparents arrange their marriages to older men. When they form a plan and run away to join their mother in the hope for a new life, the girls discover that the world is not what they thought.

After trusting the wrong people, a long train ride brings them to the dark streets of India’s largest sex market where they are sold to a ruthless woman. Their only security is each other . . . until they are separated. Though they each discover ways to cope through poetry, art, and romance, they long for the other half of themselves. Will their lives ever intertwine again? 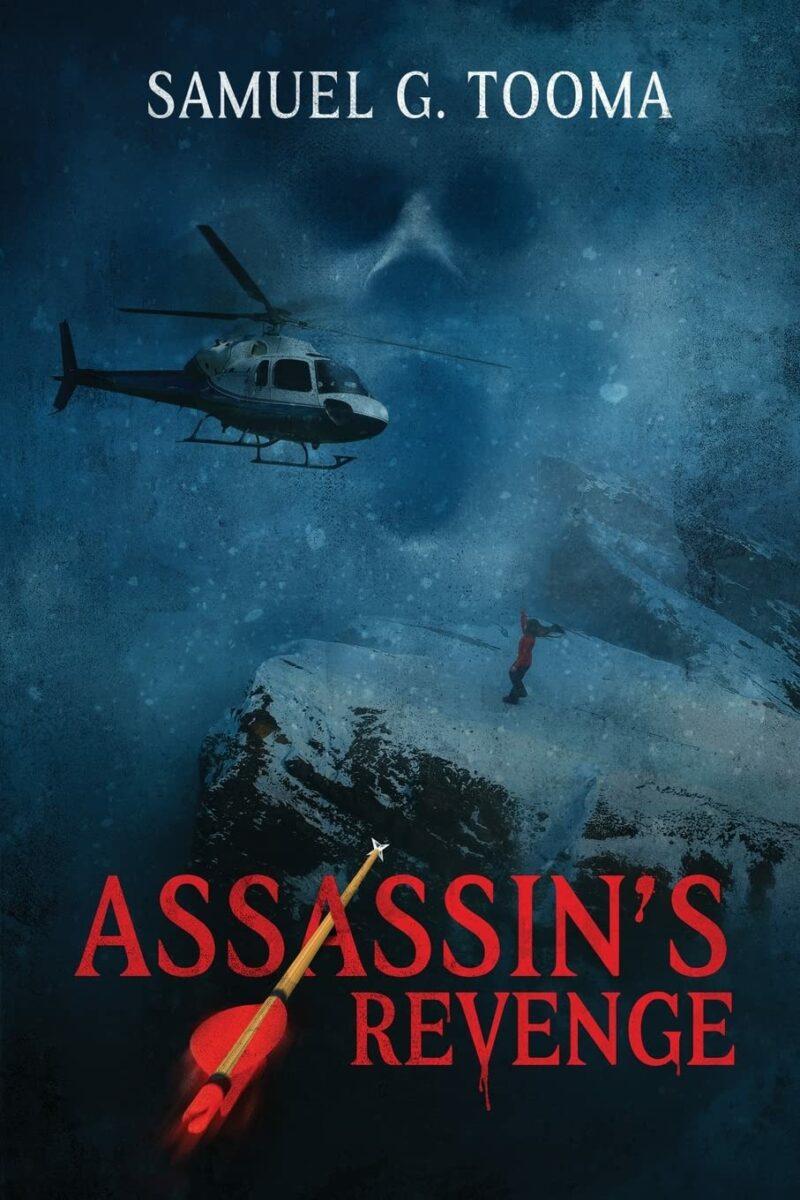 Dr. Samantha Stone of The SOOF returns for a new adventure in Assassin’s Revenge.

After a wildly successful mission in the Sea of Okhotsk, environmental scientist Samantha and Captain Ira Coen’s submarine crew return home as international heroes. For the next year, Samantha leads an idyllic life-until one of the leaders of the Russian coup Samantha helped foil escapes capture. Determined to avenge his failure against those he deems responsible, he crafts a hit list and successfully carries out four assassinations. Samantha would be number five.

Suddenly, Samantha’s life is turned upside down as she suffers one horrific attempt on her life after another. But the assassin soon realizes that Samantha is not easy prey. When she decides to turn the tables on the insane, skilled killer bent on her destruction, the resulting cat-and-mouse game is filled with one heart-pounding encounter after another. Who will survive? 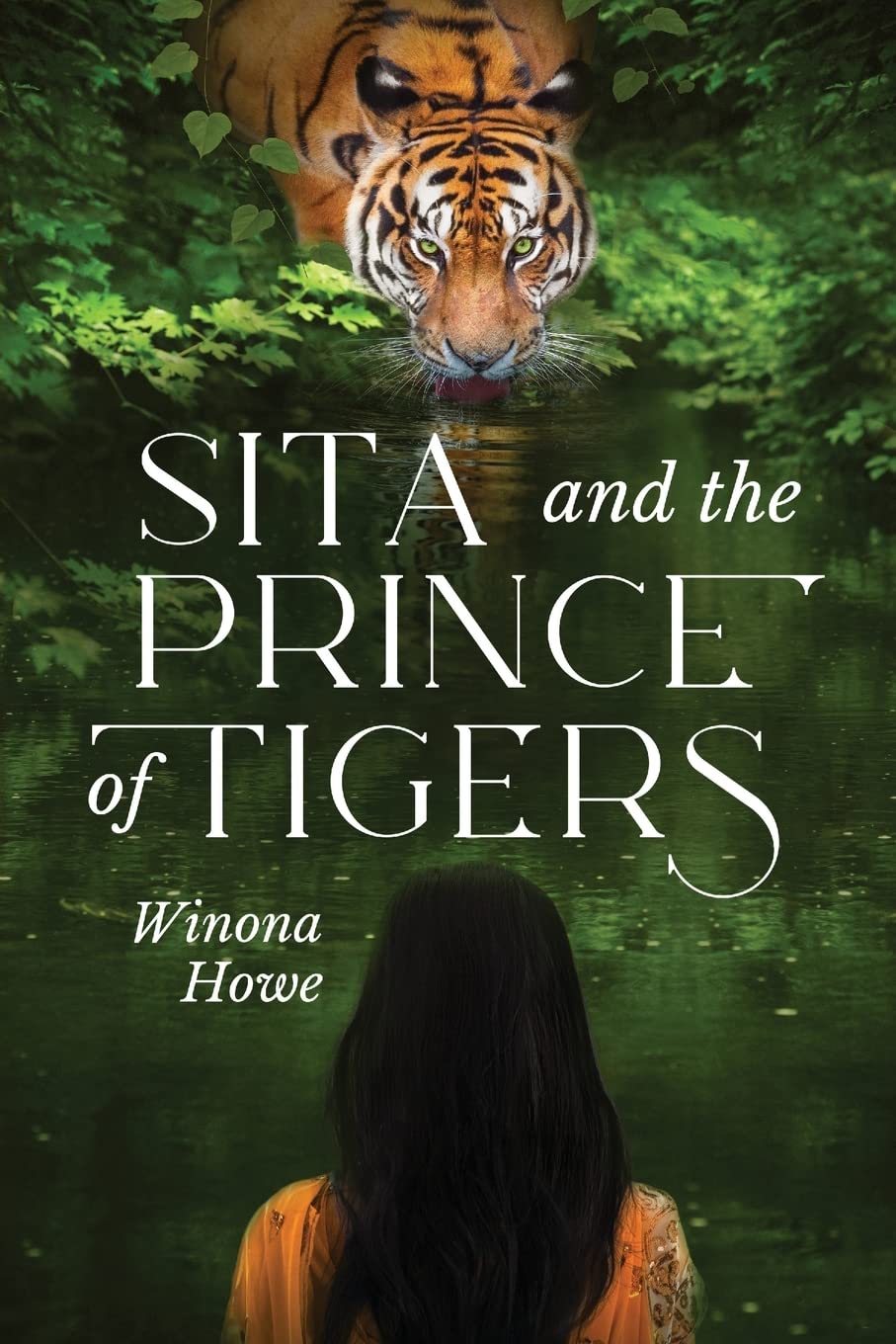 When Sita first meets the Prince of Tigers, she embarks on a path that will lead to a life filled with deep love and even deeper tragedy. Navigating different worlds, moving from her life in the small village to the jungle and later to the palace of the maharajah, she must dig deep within to find the strength to make difficult decisions while staying true to herself.

Laugh and cry with her as she experiences the highs and lows of parenting and sees hope in future generations. Sita and the Prince of Tigers examines relatable themes of love and loss, hope and discouragement, and happiness and sorrow as Sita faces the best and worst of what life can bring, confronting both with courage and a strong sense of purpose. 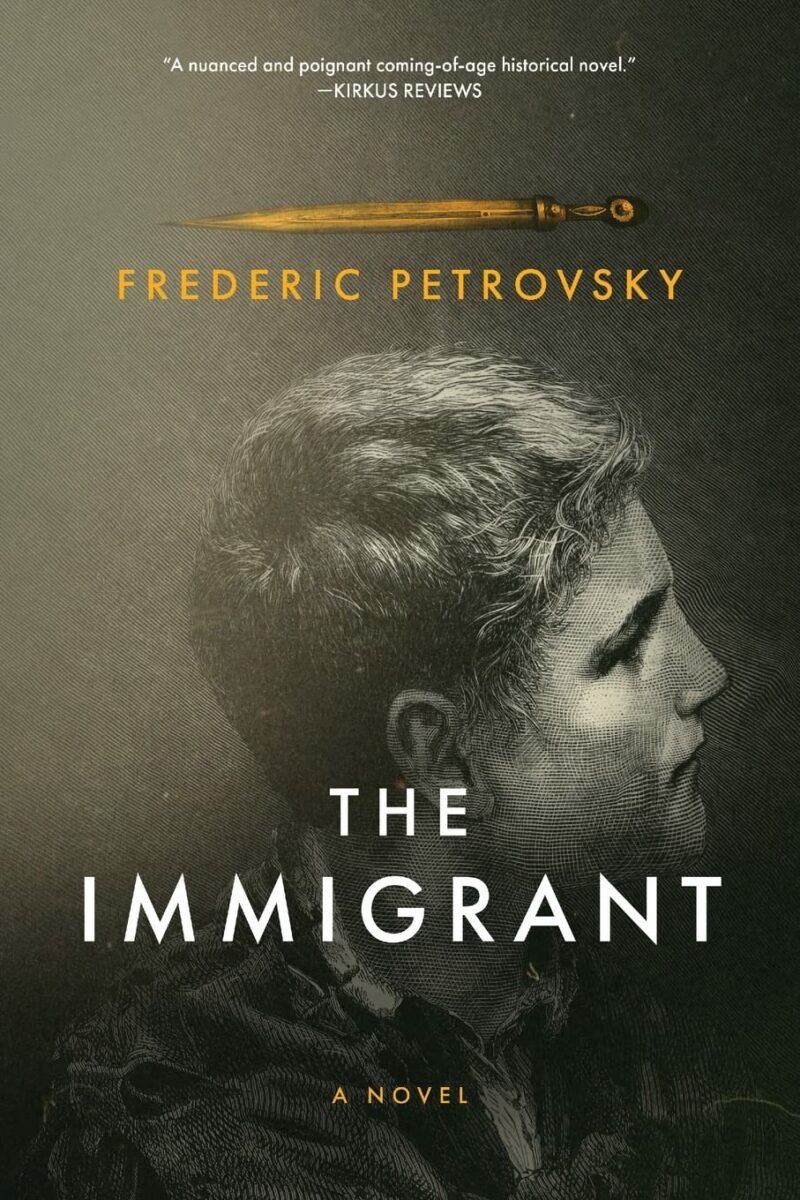 The Immigrant is an uplifting tale of tragedy, triumph, and the struggle to discover what matters most.

The year is 1920, and a teenage Russian boy named Lev has just witnessed his entire world go up in flames. His parents killed in a horrific blaze, leaving him homeless and alone, Lev finds himself joining up with a strange traveling circus. He sets off on a dark journey across a bleak landscape of corruption and persecution.

Facing violent racists, unscrupulous conmen, seedy thugs, and deadly Russian police, Lev’s travels take him across the ocean, through the Big Apple, and finally to the windswept deserts of America’s Southwest. But even as he searches for his last living connection, he finds himself embarking on another journey, into the mysteries of growing up-and discovering what the word home truly means.

An epic journey through a tumultuous period of history, The Immigrant will delight readers with its vivid portrayal of a world lost to time. 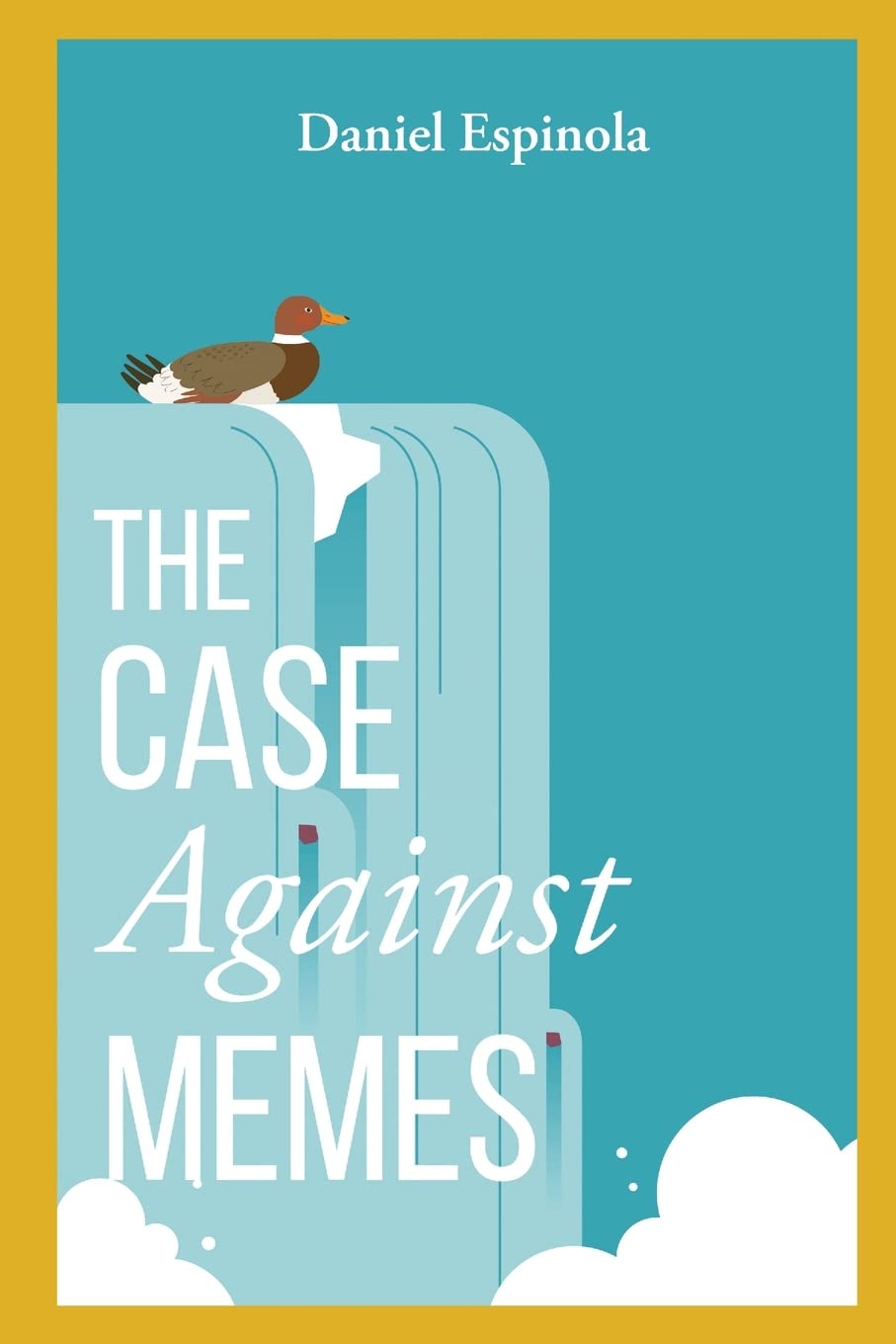 The Case Against Memes takes an in-depth look at meme culture and debunks many prevailing culture myths surrounding them: Do memes help us empathize with one another? Do they help us educate our children? Do they help us cope with the stressors of daily life? The answer to all of these questions (and more) is a resounding No!

Daniel Espinola delves deep into the evidence, sourcing valid scientific studies and expert insights from a wide variety of fields (engineering, statistics, education, pharmacy, and more) to show the world that we are all better off deleting our Reddit accounts. He shines a light on the flawed methods of many pro-meme opinions, as well as the influence that Silicon Valley and Big Academia have exerted on us through memes. If you yearn for a day when we all stop shouting into a void and have thoughtful public discourse again, then this is the book for you! The Case Against Memes also makes a great gift for sending a not-so-subtle hint.