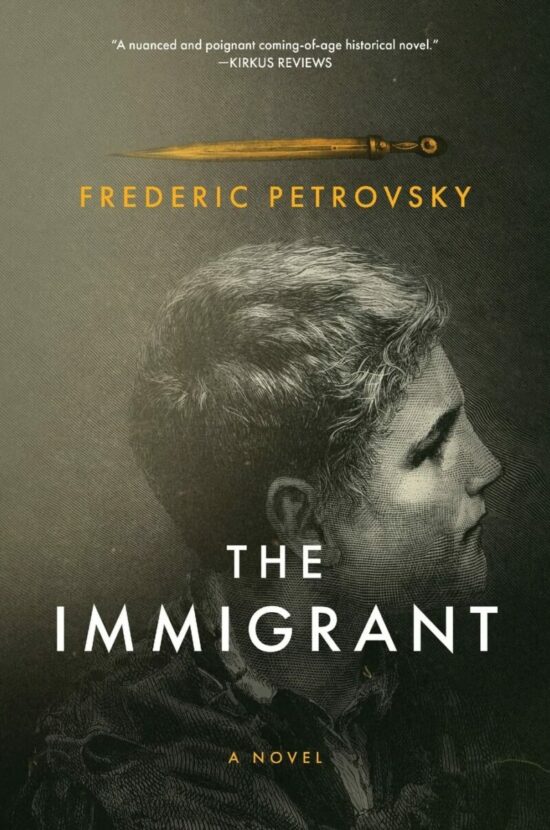 The Immigrant is an uplifting tale of tragedy, triumph, and the struggle to discover what matters most.

The year is 1920, and a teenage Russian boy named Lev has just witnessed his entire world go up in flames. His parents killed in a horrific blaze, leaving him homeless and alone, Lev finds himself joining up with a strange traveling circus. He sets off on a dark journey across a bleak landscape of corruption and persecution.

Facing violent racists, unscrupulous conmen, seedy thugs, and deadly Russian police, Lev’s travels take him across the ocean, through the Big Apple, and finally to the windswept deserts of America’s Southwest. But even as he searches for his last living connection, he finds himself embarking on another journey, into the mysteries of growing up-and discovering what the word home truly means.

An epic journey through a tumultuous period of history, The Immigrant will delight readers with its vivid portrayal of a world lost to time.

Frederic Petrovsky's first novel, Frank, was published by AOL Time Warner in 2001 and won the imprint's inaugural Readers' Choice award. His novels include The Immigrant, Don't be Cruel, The Clinton Diaries, and Escape from Yesterday. He has also written a book of poetry, If Only for Love. His work has appeared in Midstream, Arrive, and The Ritz-Carlton Magazine. He holds an MFA in creative writing from the University of Arizona. Petrovsky is a native of Memphis, Tennessee, and currently lives in Arizona.