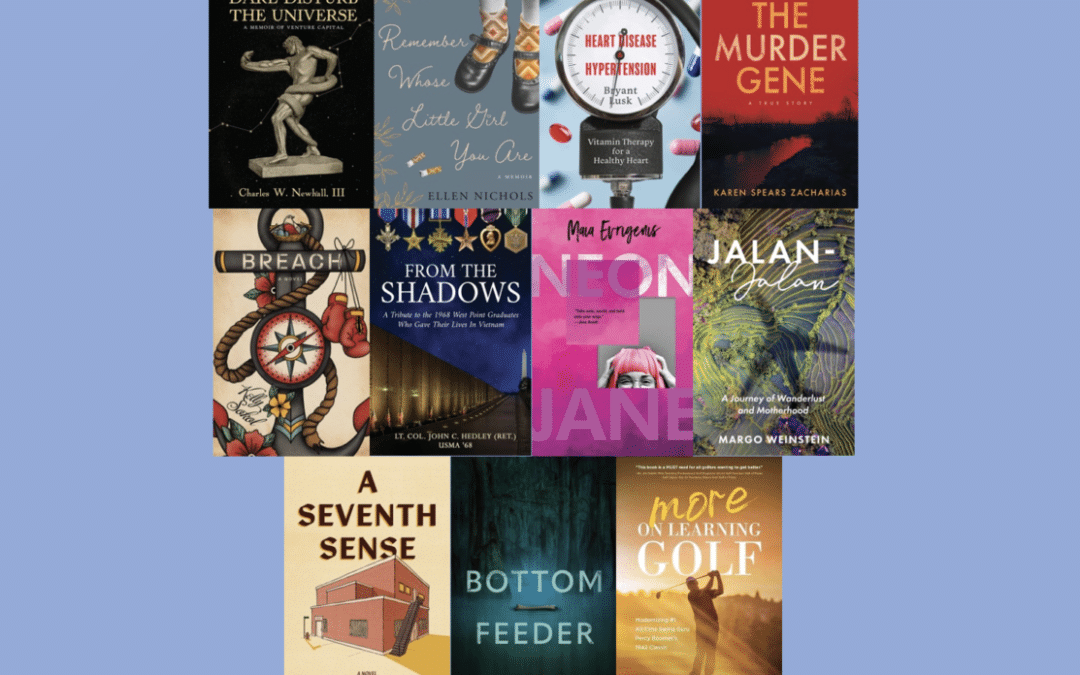 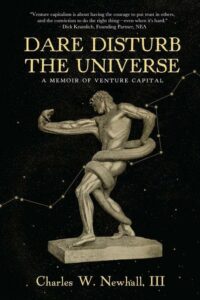 No one has ever explained how a venture capitalist plays an active role in creating world-changing companies. The venture capitalist often hires the senior management, helps develop the business model, introduces the company to its largest customers, and provides governance. It is a role akin to being an entrepreneur, not just an investor. This book tells stories of the good, the bad, and the ugly of creating companies, and explains how the VC industry created 80 percent of the American economy. The industry now faces severely damaging legislation. Venture capital is different from leverage buyouts and hedge funds and needs to be regulated in an entirely different way. 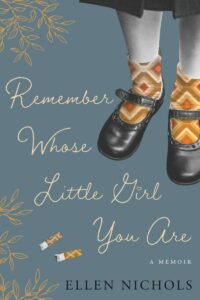 Remember Whose Little Girl You Are captures the flavor of the Deep South like no author since Eudora Welty or Flannery O’Connor. Ellen Nichols captures the tenor of small-town Southern life in the fifties and sixties, with its vicissitudes and hilarity. One is captured with her openness and drawn deeply into the dialogue-so much as to, according to one reader, sometimes feel guilty of spying.

Read it and see if you want those times back-or are just relieved they’re gone. 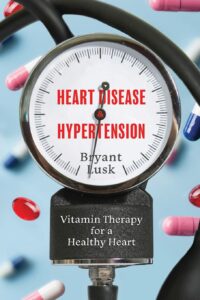 Men and women at any age benefit from a healthy heart!

Millions of people unknowingly suffer from one or more forms of heart disease, which can lead to low energy, low endurance, high blood pressure, heart attack, or sudden cardiac arrest. Are you one of them?

This easy-to-follow vitamin therapy approach is designed to fuel your natural ability to reverse hypertension, increase energy, and prevent or reverse heart disease no matter when you start. Heart Disease & Hypertension: Vitamin Therapy for a Healthy Heart provides a wealth of information on

You can achieve significant long-term results in your heart health with proven knowledge that works. Apply the information contained in this book and improve your entire life. 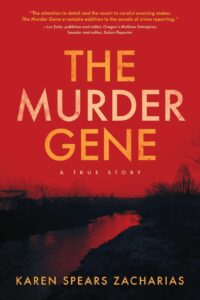 As the soft-spoken, highly intelligent son of missionaries in Morganton, North Carolina, Luke Chang gave no indication of the killer he would become. But after hacking into a teacher’s computer at his school, a stint in the Marines was his only option.

As a young recruit, Luke was taunted for being a virgin who didn’t cuss, drink, or smoke pot. That all changed when Luke met Casey Byrams, a fun-loving musician and fellow Marine from Cullman, Alabama. Their friendship set off a series of events that would eventually lead Luke to Pendleton, Oregon, where he brutally murdered nineteen-year-old Amyjane Brandhagen in August 2012. When Luke attempted to kill another woman almost a year later, Pendleton Police knew they had a serial-killer wannabe on their hands.

Some forty years prior to Amyjane’s murder, Luke’s maternal grandfather, Gene Dale Lincoln, murdered a young Michigan woman and attempted to abduct a twelve-year-old girl. The similarities between the violent actions of grandfather and grandson compels the question: Is there such a thing as a murder gene? 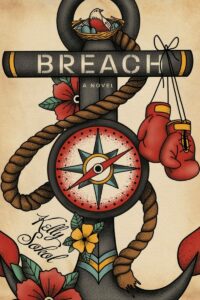 The boundary between battlefield and home front blurs. Are there wounds love can heal?

Marleigh Mulcahy grew up in a boxing gym, the daughter of hard-drinking parents who didn’t keep a stable roof overhead. In the cinder-block Box-n-Go, amidst the sweat and funk, she meets EOD specialist Jace Holt, a highly and expensively trained bomb diffuser with three successful deployments behind him. With a heady mix of hope, carelessness, and a ridiculous amount of courage, they begin a family. When Jace returns to active duty, a roadside bomb resurrects ghosts from the couple’s past and threatens the life they’ve built.An unflinching and timely gaze into the marriage of an enlisted special operator and his wife, Breach is a story of betting it all on love, a couple’s determination to change the trajectory of their lives, and one woman’s promises to the man she loves and the boys they’re raising.

What choices will a desperate mother make to keep her family whole? 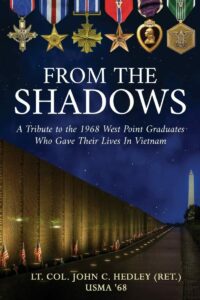 When the Class of 1968 entered West Point in 1964, the country of Vietnam was basically an unknown. During their four years at the academy, some 550,000 young Americans were deployed to that formerly unknown land, while back home the country became embroiled in racial strife and a growing counterculture movement that swept across the continent.

Imbued with the ideals of the academy’s motto, “Duty, Honor, Country,” and their class motto, “No task too great for ’68, ” the young officers of the Class of ’68 went off to lead America’s young soldiers in intense, close-quarter jungle combat. During three years, the class lost twenty from their ranks.

This is the story of their all-too-short lives-from growing up in the post-World War II bloom of peace and security to their eventual loss in Vietnam. They graduated from West Point eager to start their lives. Most died heroically while leading from the front or flying into intense ground fire to protect others. This is an American tale of dedication and courage. 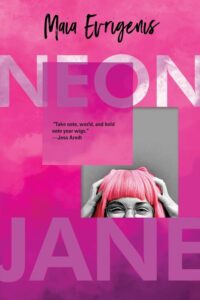 FILLING THE GAP between the experience of the sick and those living healthy lives in remission, Neon Jane follows twenty-four-year-old Maia’s journey to move forward from her childhood cancer experience as she is haunted by a spunky, ghostlike, thirteen-year-old cancer patient named Jane.

The two have an inseparable bond and complicated friendship as Maia takes on the role of Jane’s caretaker. Representing Maia as a child, Jane pressures Maia to be a better, more successful person in the name of childhood cancer. Maia argues back through personal reflections about cancer’s ongoing presence in her healthy adult life, and her struggle to move forward from the experience.

As Maia looks for a genetic explanation for her previous cancer, she uncovers the story of her uncle Jason, a famous baroque musician who drowned in his twenties. Through her uncle’s story and new complications with Jane’s health, Maia contemplates what it means to live a full life, and whether it is time to let go of the cancer experience that has defined her for so long. 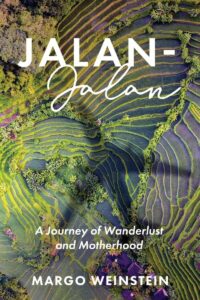 Can you combine wanderlust and motherhood? Margo Weinstein did.

For decades, Margo Weinstein escaped her demanding legal practice by kayaking, whitewater rafting, trekking, and climbing in remote regions. Then she had a son and found herself in the kiddie pool on a Disney cruise. Searching for a new path, a jalan-jalan, that could accommodate motherhood and satisfy her wanderlust, she dragged her young son to the other side of the world, moving first to Shanghai and then to Bali.

Adventure seekers and armchair travelers will relish reading Weinstein’s exploits as she battles baboons in Zimbabwe and surfaces under a capsized raft in Pakistan. Parents will appreciate her efforts to explore the world with a kid in tow and marvel at her expat life in a villa where a python on the stairs, a scorpion in the outdoor shower, and Hindu offerings ceremonially placed next to the infinity pool and Wi-Fi router are daily realities.

Told with intelligence, humor, spirit, and Weinstein’s version of practicality, Jalan-Jalan will inspire you to find your path and take the trip of a lifetime. 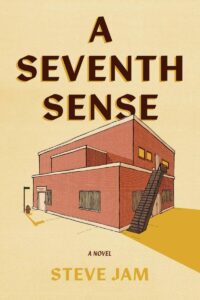 Climb aboard the Bumps & Spuggett tour bus with a group of town dignitaries for a rollicking, one-day “guided tour” through the small town of North Corners-including an enigmatic two-story building that will change their lives forever.

A Seventh Sense, the newest novel by author Steve Jam, is a story written with humor, a touch of absurdity, thought-provoking points of view, an examination of the subjectivity of perception, and a unique way of looking at and experiencing the world, utilizing a mysterious “seventh sense.”

The wacky, unforgettable journey explores the serious concepts of friendship, betrayal, redemption, prejudice, loyalty, and bravery in the face of adversity-and how NOT to judge a book by its cover . . .

And it’s one wild ride! 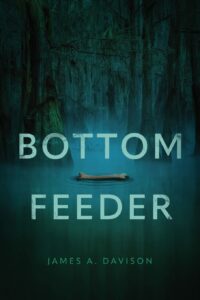 In the bayou behind Martin Landry’s home lurks a hungry killer, a monster of extraterrestrial origins. When Martin’s son, Oscar, unwittingly encounters the mysterious bottom feeder and becomes its first human victim, what follows could mean the end of mankind-unless three veteran lawmen find a way to track and stop this alien menace. 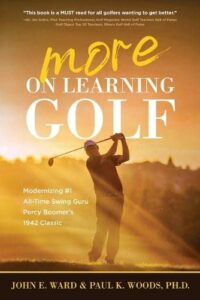 Give me your slices and hooks; your club-throwing frustrations; your sore backs; your hot-under-the-collar and I’ve-had-enough-of-this-stupid-game temperament. More On Learning Golf is for you! Golfers with perfect swings need not read.

Read and follow the instructions in More On Learning Golf, and as Percy would say, “Hey presto, that’s a good swing!”