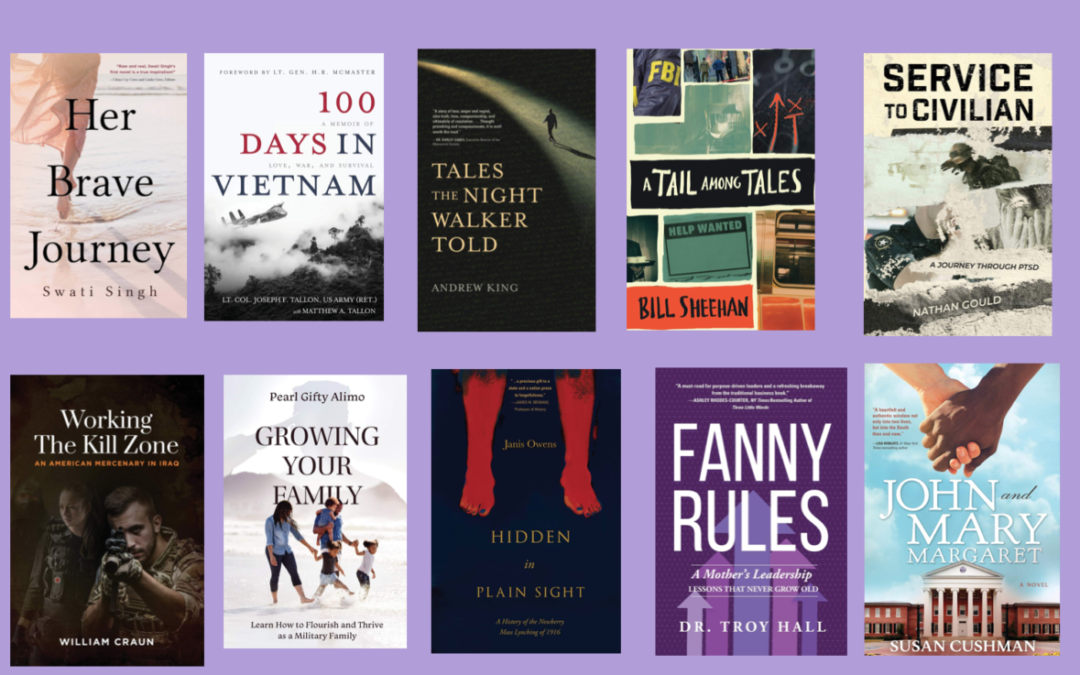 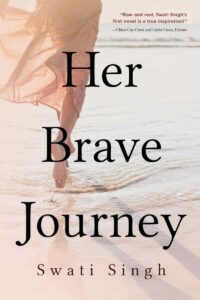 During her almost-final moments when Kiara is pinned down by a man who claims to love her, fighting to breathe, her life at the mercy of her husband, she repeatedly begs him, “Please don’t kill me. My parents need me.”

Even in today’s #MeToo era, with women and men sharing their stories of assault and abuse, the topic of domestic abuse is still obscured, especially in the South Asian community. Stuck in this vicious and confusing cycle, Kiara, a member of that community, seeks the strength to challenge patriarchy as she begins to recognize the pretenses of the “white picket fence” dream, where marriage and children are the only measure of happiness and prosperity, and dares to defy it. Her Brave Journey serves as a powerful message to victims and survivors of abuse, in particular South Asian women who battle societal and cultural pressures every day. Go inside the life of Kiara and follow her brave journey as she reclaims her life and discovers her inner warrior. 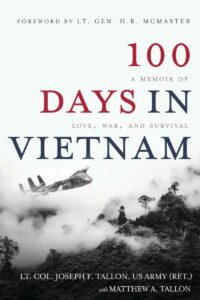 As American troops continue their steady exodus on the last day of their ground war in Vietnam, Lieutenant Joe Tallon is shot down by an enemy missile. Forced to eject at a dangerously low altitude from their OV-1 Mohawk, Joe and his tactical observer, Specialist-5 Daniel Richards, land in the flaming wreckage. Lieutenant Tallon survives but Specialist Richards does not. Stateside, Lieutenant Tallon begins to heal and proceed with his life-but the loss of his tactical observer is never far from his mind. Forty years later, Joe embarks on a quest to bring recognition to the sacrifice of Daniel Richards and secure a Purple Heart for his family. 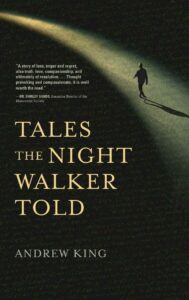 In the farm fields that flank the Sangamon River in rural Illinois, along the same banks where Abraham Lincoln once walked at midnight, another night walker, Dr. John Blair, wrestles with the demons of his past and the divisions in his present. Crossing the harvested fields with his grandson in the long autumn nights, Blair shares his insights into the sectarian and cultural struggles shredding his bucolic township, and forever shapes the young mind of Jack Blair.

The landscape-with its cluster of local farms, small belts of forest, and its fished-out hamlet-becomes a moral arena in which grandfather and grandson confront the problems stirring between two deeply rooted American traditions: individual conscience versus the “come ye out and be separate” mandate of a local messianic cult. Locked in a struggle for the hearts and minds of America’s plain people, the once-beloved country doctor becomes a leading figure in bringing about a brutal but ultimately healing catharsis, and emerges as Emerson’s ideal sage: “a man whose wisdom flowers like corn growing in the night.” 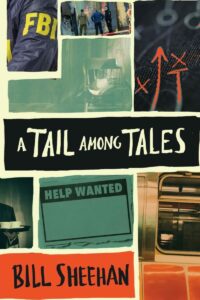 The stories in this anthology will keep you wondering until the very last paragraph. If you think you have the plot figured out early in the story, take caution; you may be pleasantly surprised in the end.

The author’s notes at the end of the stories relate the stories to the real events from which they were created. Keep in mind the words of Phaedrus: “Things are not always what they seem.” 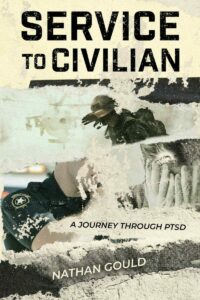 In Service to Civilian: A Journey Through PTSD you will enter the mind of a combat vet who became a law enforcement officer after a tour in Iraq where comrades were killed and wounded. Policing the streets, he faced the balance between selfless service, integrity, bureaucracy, and the weight of the negative policing culture around him. All this while fighting ever-increasing depression and ultimately a PTSD incident that brought him to the edge of suicide. Join the author on his healing journey-and possibly embark upon your own. 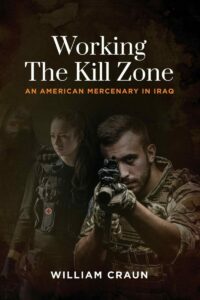 Alex is a former US Army Ranger who signs up with private military companies to work government contracts in the war zone. His antagonist, Haider, is a humble Iraqi engineer who has been out of work for a year when he is recruited to make bombs for the fledgling Islamic State. Run the most dangerous roads on earth and kick in doors with Alex, and journey with Haider as his scientific mind struggles with the message from his God.

Working the Kill Zone is a unique view into convoy, static, and personal security performed by contractors in Iraq. It is about life and death in the early years of the war as could only be properly told by someone who was there on the cutting edge of this brutal struggle. Told in such vivid detail that you will feel like you are there, here you’ll find all the right ingredients: action, romance, brotherhood, and tragedy. 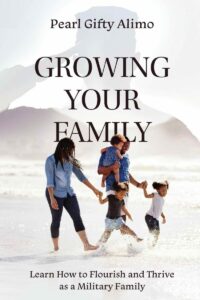 When military spouses say “I do” to their service members, they are often clueless about the military lifestyle that lies ahead-specifically, raising a family while the service member deploys several weeks, months, and years throughout their career.

Growing Your Family is a raw testimony of how one immigrant military spouse and ambitious career woman is raising her family with grit, grace, and style. Sharing her extraordinary experience in creating her home from scratch and with nothing, saying countless tearful goodbyes with young children, and helping her military family thrive in the COVID-19 pandemic, Pearl provides rare gems of wisdom and her unadulterated perspective on how to make the military lifestyle work. This seasoned childcare professional’s humor will keep you hooked and laughing aloud as you follow Pearl to unknown corners of Ghana in Africa, to the exotic culture in Japan, and to the sophisticated lifestyle in the US.

Growing Your Family offers priceless guidance and heart-to-heart encouragement to the clueless or tired military spouse. 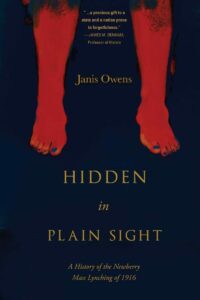 Hidden in Plain Sight: A History of the Newberry Mass Lynching of 1916 is a fast-paced narrative history of a 1916 mass lynching in North Florida, where six members of a tight-knit Black family were killed by a white mob of the “best men” in the district. The lynching garnered brief, nationwide attention, including an investigation by the NAACP and condemnation by W. E. B. Dubois, before it was buried in a vow of silence that endured for nearly a hundred years.

With an abundance of citation and uncommon insight, Hidden in Plain Sight: A History of the Newberry Mass Lynching of 1916 draws a portrait of a struggling, turn-of-the-century farming town and the families, Black and white, who were pitched headlong into a weekend of bloodlust and revenge that would change the town forever. With a scope of a hundred years, the story that begins in anguish unexpectedly ends in recent steps to reconciliation and remembrance. 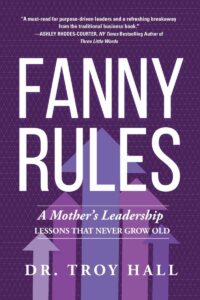 What is the most important life lesson to pass on when faced with our own mortality? What leadership attributes do you want to instill in your children? Fanny Rules: A Mother’s Leadership Lessons that Never Grow Old contains a lifetime of principles broken down into nine lessons passed on to a twelve-year-old boy from his mother’s bedside.

Affectionately nicknamed by his peers and colleagues, Dr. Troy grew up to be an international speaker, author, consultant, and executive coach in the areas of culture and leadership, strategy, and change. Here, Dr. Troy shares his memories of his late mother, Fanny, and her remarkable common-sense life view. Her teachable moments became the foundation of his revered leadership teachings around the world.

This practical leadership book offers leadership lessons cloaked in heartwarming and hilarious stories. Fanny Rules is the must-have read for purpose-driven leaders who are ready to accelerate their personal and professional success. Just as Fanny passed these valuable leadership lessons on to her son, you can do the same for the next generation of leaders. Join Dr. Troy as he shares stories and lessons fit for the backyard or the boardroom. 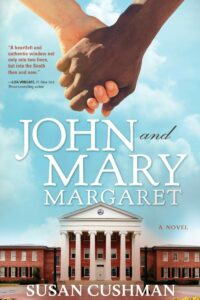 We first meet Susan Cushman’s characters, John and Mary Margaret, in her short story collection, Friends of the Library. In her second novel and seventh book, Cushman fleshes out their stories, covering over fifty years of their lives in Mississippi and Memphis against the backdrop of the civil rights movement and continuing through current-day events.

John and Mary Margaret is an insider’s look into the White-privilege bubble of a young girl growing up in Jackson, Mississippi, and participating in sorority life on the Ole Miss campus in the late 1960s. But it’s also a candid portrayal of a young Black boy from Memphis who follows his dream to study law at the predominately White university. What happens when their shared love for literature blossoms into an ill-fated romance? Set squarely in the center of decades of historical events in Mississippi and Memphis, here their story brings those events to life.