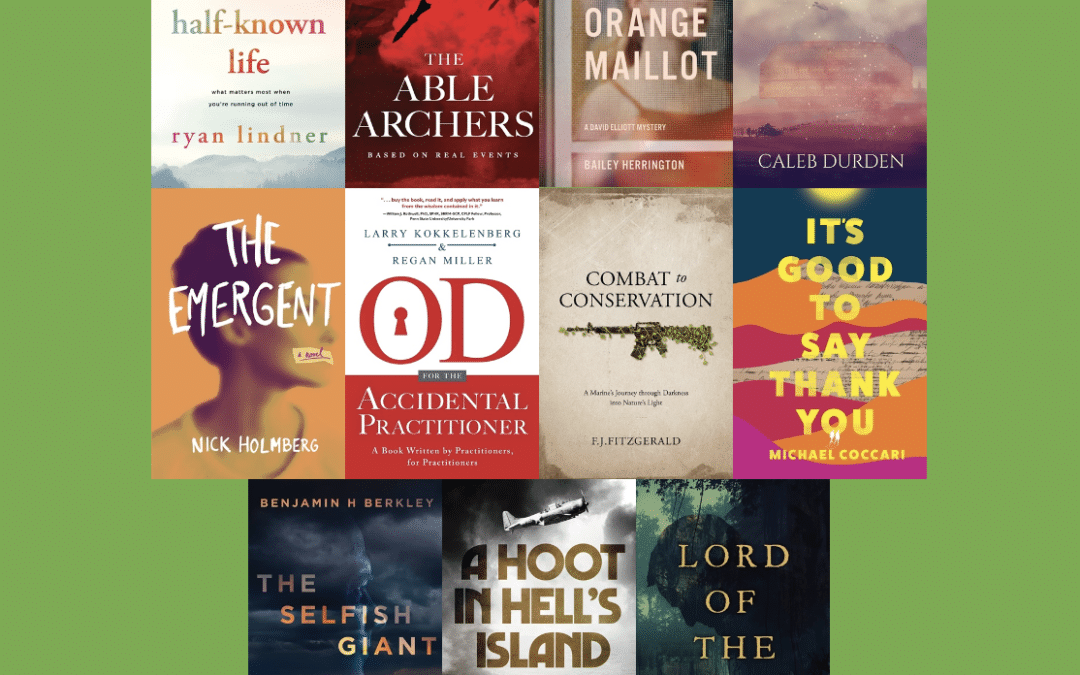 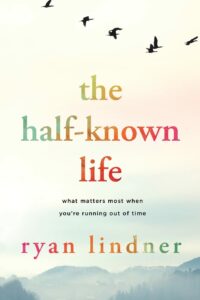 “I’m going down now,” I said to a young woman a few seconds before the darkness-my first cardiac arrest. As I returned to work as a behavioral coach, it became maddening to hear about all-consuming, everyday problems and misguided priorities while I fought to merely remain conscious.

The Half-Known Life challenges conventional thinking of success, identity, and personal change. Most often, truly profound change happens following events that shake someone to their core-a car accident, death of a family member, or cardiac arrest that pulls them into a moment of clarity. Priorities change when time becomes precious. Problems look different when you have no energy left to give them. Why wait until you’re burnt out or for a life-changing event to occur before getting real about your life? Who are you when all of the accolades and accomplishments are gone? What does how you manage your time say about what’s important to you-about what matters most? Get out of your head and get into your life, before it slips away. 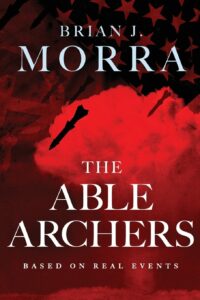 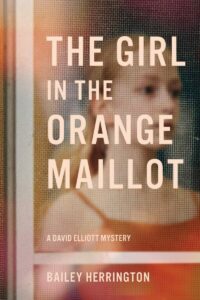 September 1963: Pastor David Elliott finds himself investigating an execution-style slaying. Eight years ago, the victim falsely accused David’s close friend of sexual abuse of a young girl. Now that friend’s son is charged with the murder. David’s efforts to prove his innocence provokes friction with police investigators, an influential church member, and David’s own life decisions. Meanwhile, two whip-smart women join David in the quest for the truth. The trio’s search propels them along a treacherous path with little to rely on but their sharp wits. To find the crafty killer in time to save their friend, the girl in the orange maillot is the key. 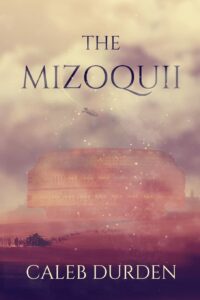 The only kid working on a starship with lawless smugglers on their way to the planet Lathas, Edin Carvosa dreams of a different life. When he learns that Lathas has a gladiatorial tournament called a gauntlet where young boys fight to the death for money, pride, and a ticket to the most prestigious academies, he plots to escape and enter the tournament.

But everything goes sour when a mysterious stranger ambushes the smugglers’ rendezvous with a dangerous cartel. The only one left alive, Edin flees to the capital and enlists in the tournament, unaware that the cartel is hot on his tail-along with the mysterious stranger, who reveals himself to be one of the Mizoquii, a race thought long dead, destroyed for the powers they wield. Meanwhile, as a lowborn spacer, Edin upsets the odds of the tournament, and draws the attention of a beautiful girl he has no idea how to talk to. Soon, staying alive and focused outside the arena proves to be just as challenging as surviving the gauntlet itself. 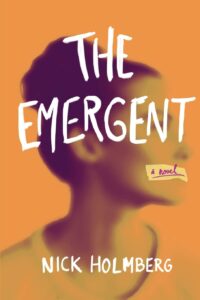 “Unknowns can be handled in two ways. You can stay on the beach and watch, imagining what might-but probably won’t-happen. Or you can offer up your mere physical existence for the chance to be a part of something bigger than yourself.”

These are among the last words that Kat hears from her lifelong friend, Alma. The Emergent opens at the dawn of the internet era, and nineteen-year-old Silicon Valley native Kat is alone. Haunted, she wonders if her actions drove Alma-and the rest of her family-away.

Soon after Alma’s disappearance, Kat finds herself in New York City with a new companion. In an apparent attempt to understand why she ended up across the continent, Kat relates her family’s story. Set in places like the shores of Oakland after the 1906 San Francisco earthquake, Depression-era farming communities of California’s Central Valley, and cold-war Santa Clara Valley, the family history and its ghosts also seem to shroud who Kat really is.

But a series of mysterious gaps in consciousness and concerning injuries compel Kat to reveal more about herself. Will these revelations save Kat from her past? Or will they forever define her future? 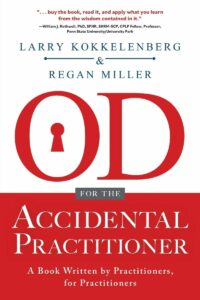 OD for the Accidental Practitioner provides accidental, emerging, and experienced organization development practitioners practical tips and insights on implementing any change initiative within an organization. Facilitating and sustaining successful organizational change is a graceful dance between skills and knowledge. One misstep often makes the difference in an otherwise well-planned initiative. This book gives practitioners thought-provoking insights and tools to ensure many successful change initiatives, along with lively discussion questions at the end of each chapter to encourage application of the contents. 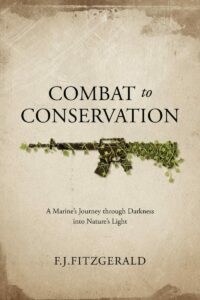 In 1970, after growing up in the woods and fields of Southeast Minnesota, Francis Fitzgerald finds himself as a young Marine in the middle of one of the longest and bloodiest conflicts his country has ever fought. Thoughts of college and becoming a game warden are gone as daily life becomes a battle of survival. Hot jungle sun, monsoon rains, snakes and leeches, and the ever-present threat of enemy ambushes take a toll on a nineteen-year-old’s mind and body. But the biggest battle looms ahead.

How does one heal the body and soul after living in that unimaginable world? No one is ever the same. Is anything worth the fight anymore? In Combat to Conservation, Fitzgerald explains how wilderness became his closest ally, his medicine, and his only hope. 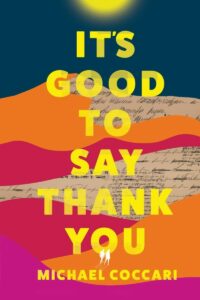 Expressing gratitude can serve as a catalyst to intensify the meaning of our past and transform the trajectory of our future. rough the simple act of writing letters, It’s Good to Say Thank You demonstrates how we can discover the profound blessings in our relationships and experiences, which can then propel us to lead more meaningful and fulfilling lives. Michael Coccari shows how expressing appreciation and gratitude to key people in our lives enables us to uncover important life lessons that deepen and renew our identity, values, strengths, and aspirations. This book provides an accessible way to recharge our belief in ourselves, validate the significance of our past, and brighten the possibilities of our future. 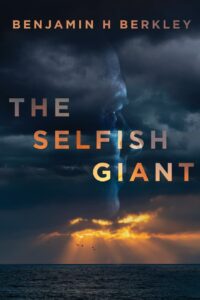 JEFFREY SHOULD BE THANKFUL. He is a successful attorney with a loving and devoted wife and an amazing daughter. He is also a workaholic who eats poorly, drinks, is morbidly obese, and smokes. And his personality can best be described as mean, ruthless, and selfish. But all of that changes when Jeffrey encounters the Angel of Death. In exchange for his life, he is challenged to repent for the seven deadly sins. Meanwhile, his neglected wife struggles with a secret of her own, and his daughter feels her perfect life slipping away. From the dramatic opening to its climactic conclusion, The Selfish Giant will leave an indelible mark in the hearts and minds of all. Not just another story about a second chance at life, The Selfish Giant will shock and amaze-and then make you smile. Amen. 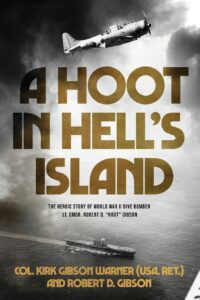 In the dark days of 1942, the battle for the Solomon Islands was very much in doubt. When carrier dive bomber Robert D. “Hoot” Gibson sighted the Japanese fleet heading for “Hell’s Island,” he attacked the vanguard ships, sinking the heavy cruiser Kinugasa and two loaded Japanese troop transports in a battle royal that earned him the Navy Cross. He was also credited with the sinking of an I-Class submarine and shooting down two Zeroes, after going toe-to-toe with Japan’s premier ace pilot, and he alone accounted for the deaths of thousands of Japanese soldiers and sailors.

Hoot was a hero when America needed heroes and when America needed to turn the tide of the war from defense to offense. He was on the Yorktown at Midway and the Enterprise at Guadalcanal. Hoot was in three of the five carrier battles of the war, the first and last amphibious invasions of WWII, and thirteen major battles. A Hoot in Hell’s Island tells Hoot’s dramatic story and that of the American navy in the crucial battles of the Pacific War. 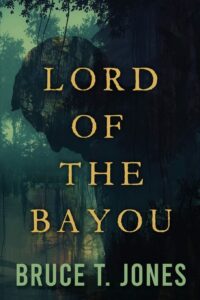 Drugs, romance, dirty cops, and the Big Easy-the perfect recipe for a jambalaya of explosive action, seduction, and death. David LaRoux, New Orleans’ favorite philanthropic son, did not simply ruffle the feathers of the DEA; he plucked and skinned its director, Will Martin, who sets out on a vengeful mission and will stop at nothing to take LaRoux down. Each vying for the affection of undercover agent Rebecca Pearson, love awaits one and death the other in Lord of the Bayou.