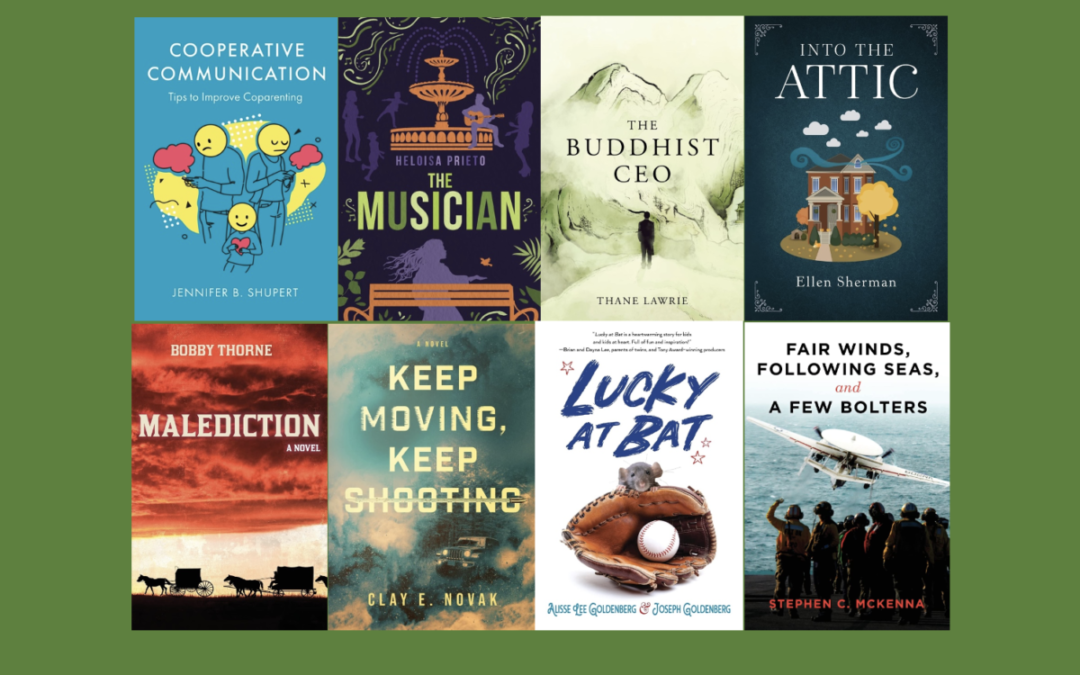 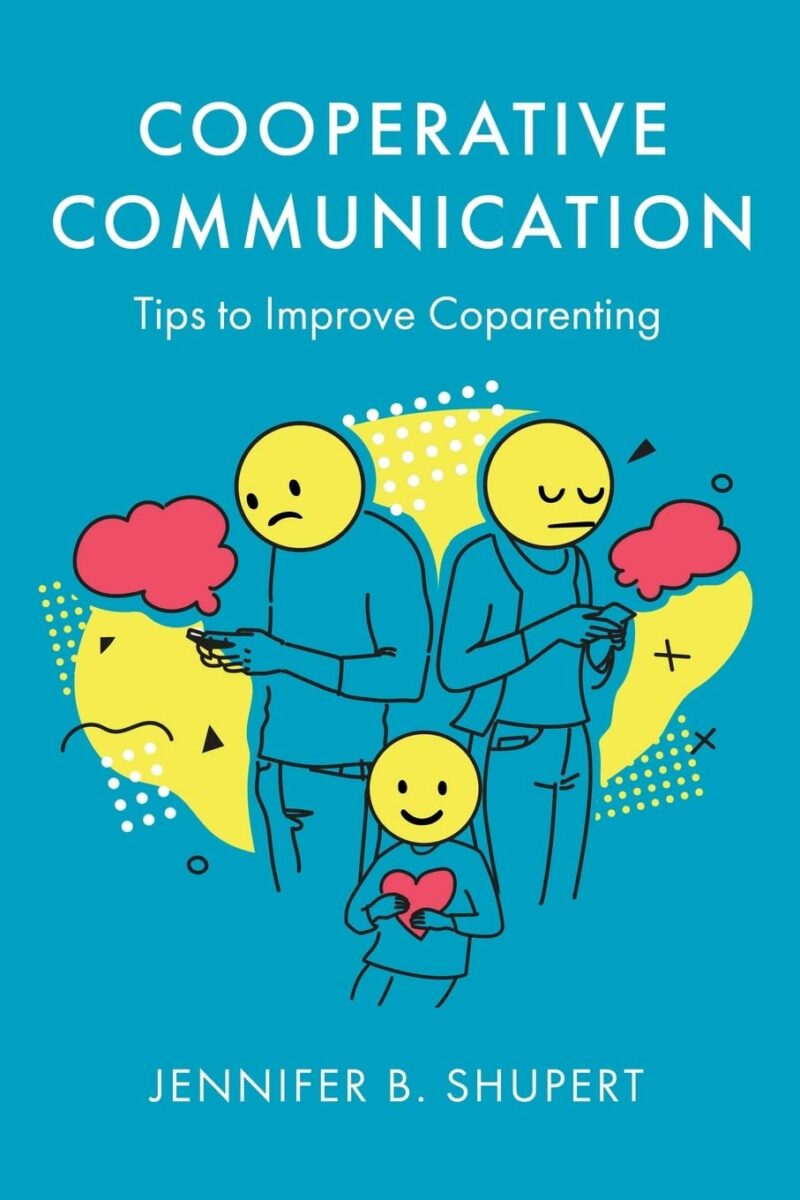 When parents of minor children divorce or separate, they don’t get to just walk away from each other forever. They must still communicate in order to best care for their children. Unfortunately, conversations, texts, and emails can be weighed down by years of animosity or distrust, then scrutinized by lawyers or judges as “proof” of how the parents are getting along.

The concepts contained in Cooperative Communication are simple, practical, and easy to apply. These guidelines will help parents communicate more effectively and feel confident that their communication style is appropriate. 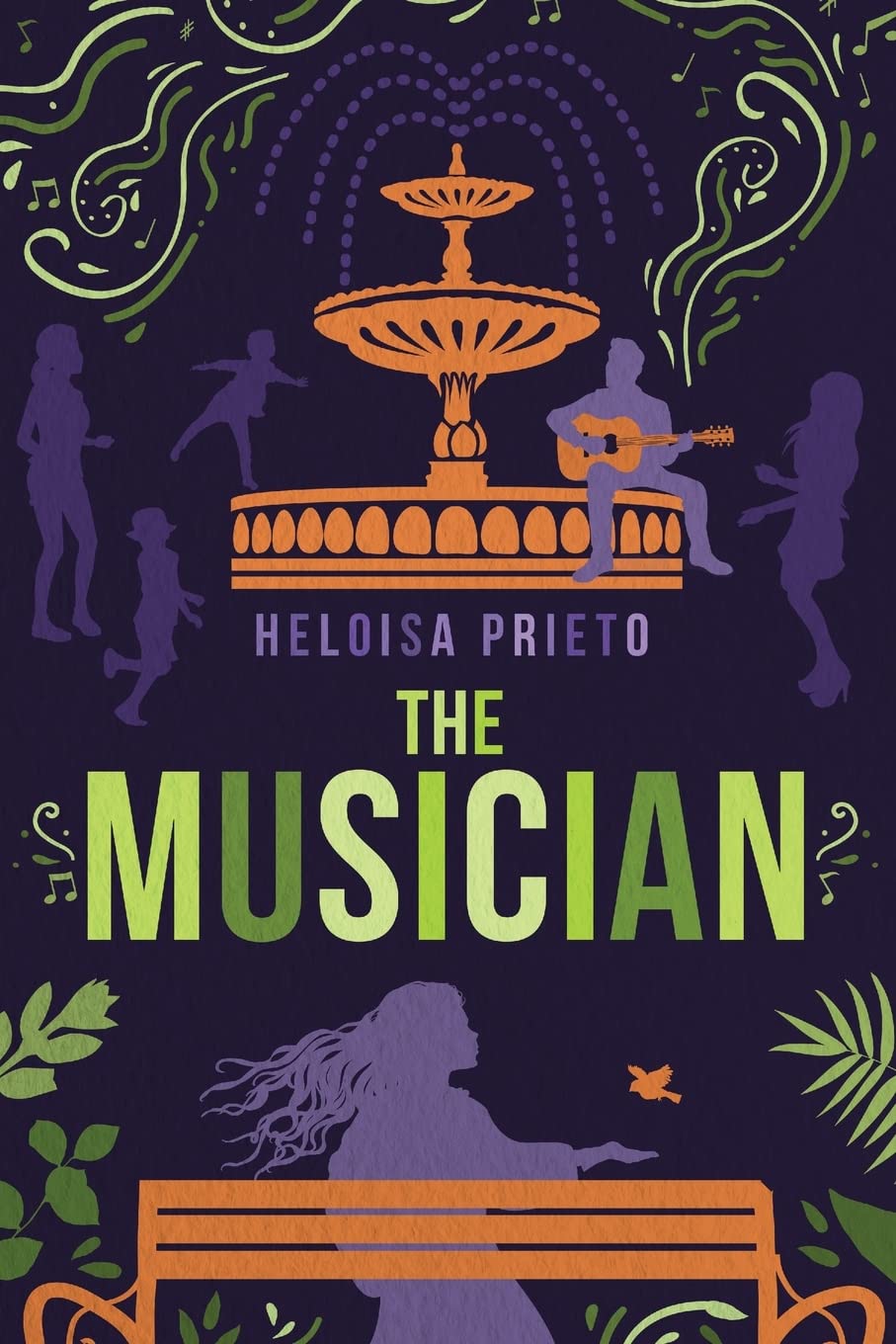 Thomas has felt alone most of his life, his only companions the musical creatures that he can see but others can’t. Wealth, talent, charisma, good looks, and fame conceal the eighteen-year-old’s lingering pain following the loss of his parents. His music is his bridge to the world, and his favorite form of connection.

A chance meeting with a group of strangers leads to the eventual revelation of his magical musical secret-and there are those who wish to steal it from him. Soon the wealthy Dr. Alonso and his beguiling daughter, Dora, trick Thomas into joining a cult from which he may never escape.

When Marlui, a young Guarani shaman, senses the danger surrounding Thomas, she vows to protect him from Dr. Alonso at all costs. Can she rescue him, or will Thomas succumb to the advances of Dora and lose not only his heart but the powers that bring him joy? 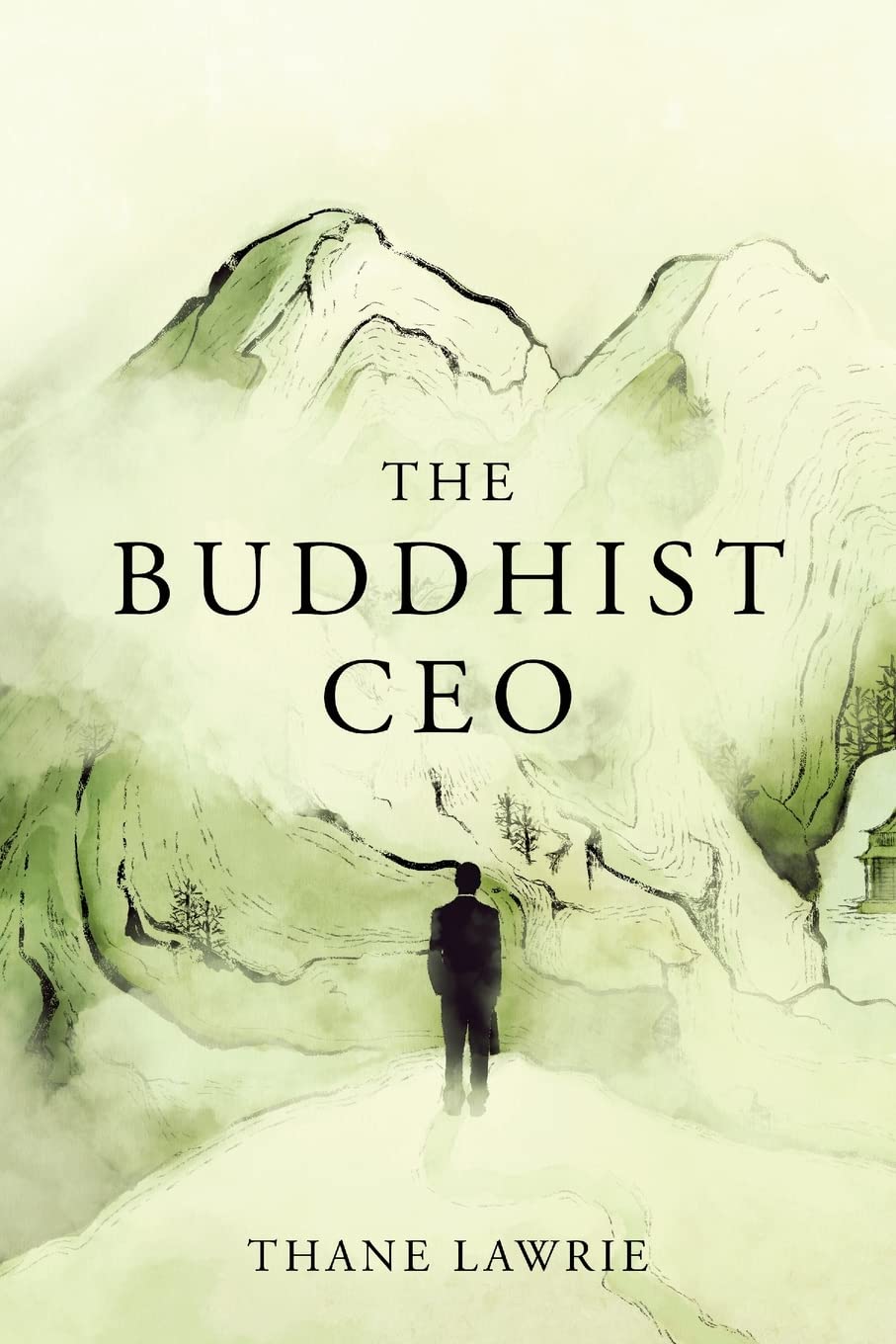 Hamish’s chance encounter with a Buddhist monk has a profound effect on his life. He dreams of becoming a monk one day, but he loves his family deeply, and at work his compassionate leadership unexpectedly makes him CEO of a struggling nonprofit. Over the years, he strives to apply Buddhism to everything he does, often seeking peace, solitude, and everyday answers at a Buddhist monastery.

On the face of it, Hamish is successful, and satisfied with his efforts to square the material with the spiritual. But behind the scenes, staff plot against him, and mysterious physical symptoms force a spiritual reckoning. Is it possible for the Buddhist CEO to face these challenges and stay true to his core values and beliefs? 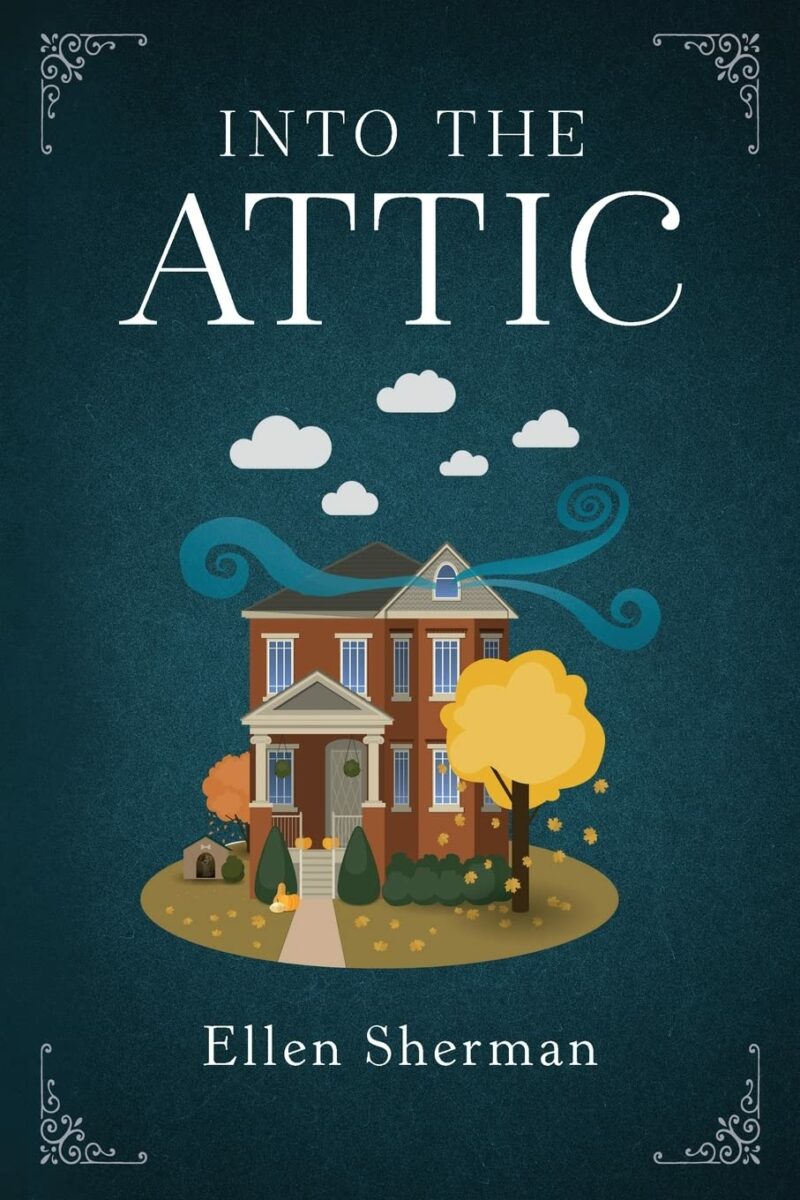 As Caroline, a 59-year-old writer, confronts her tragic past amidst the mountains of boxes in her attic, the ghosts of her parents and first husband appear. They had died in a car accident nearly twenty years earlier when her two children were small. It is the night before Thanksgiving, which Caroline and her second husband are hosting. At first, the ghosts say they can only meet with her-and only in the attic.

Caroline has things she wants to tell the ghosts, but they have come with stunning secrets of their own. How she straddles the worlds above and below creates dizzying conflicts until the ghosts are granted permission to join the holiday festivities. What happens next profoundly changes the lives of everyone present.

This engaging, often comic, novel explores the unreliability of memory, a reimagining of the afterlife, and how enduring love can help us move on. 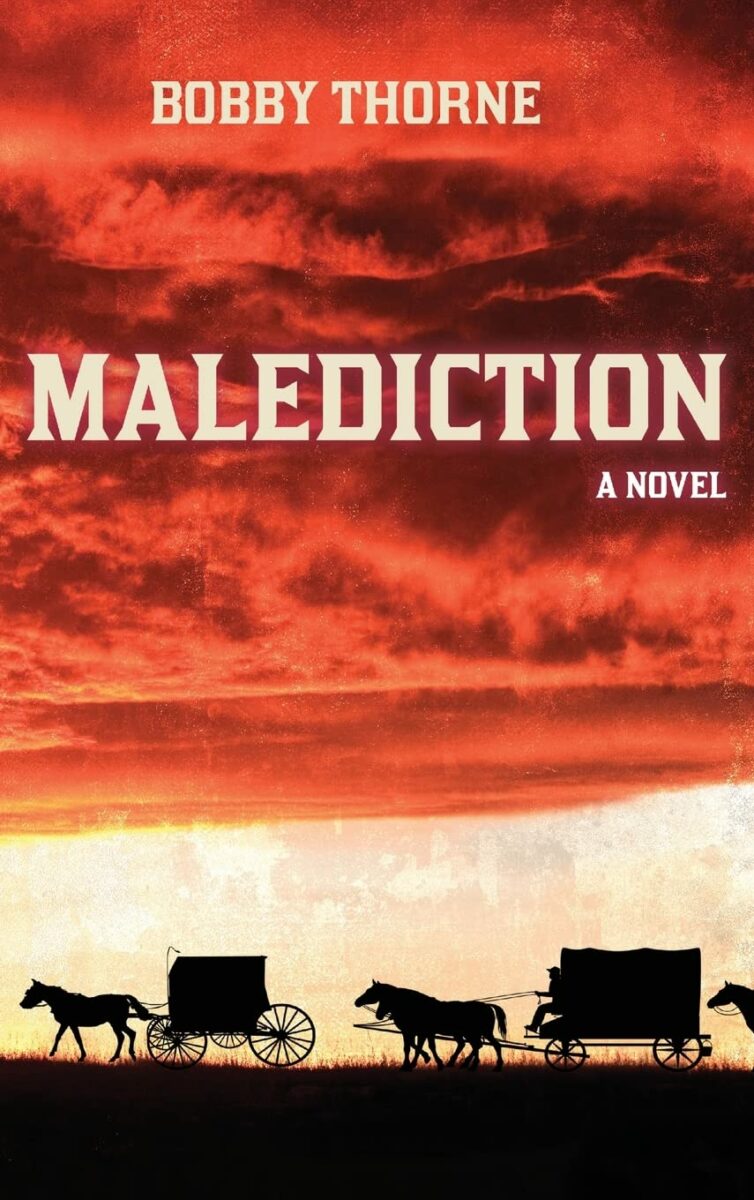 Malediction provides a look at the dark side of the westward trail and tactically mixes the genres of western and paranormal thriller.

Set in the 1800s, South and Jonah have been members of Titus Dupont’s gang for over four years. After having reservations about their line of work, South meets a preacher who convinces him to join his congregation’s wagon train as they attempt to start a church on the west coast. Jonah and South use the wagon train as a getaway after a bank robbery goes awry and soon find that their sins cannot be escaped without penance. With surprise encounters and unsettling omens laden throughout, Malediction illustrates an unforgiving journey that pushes its characters past their limits. 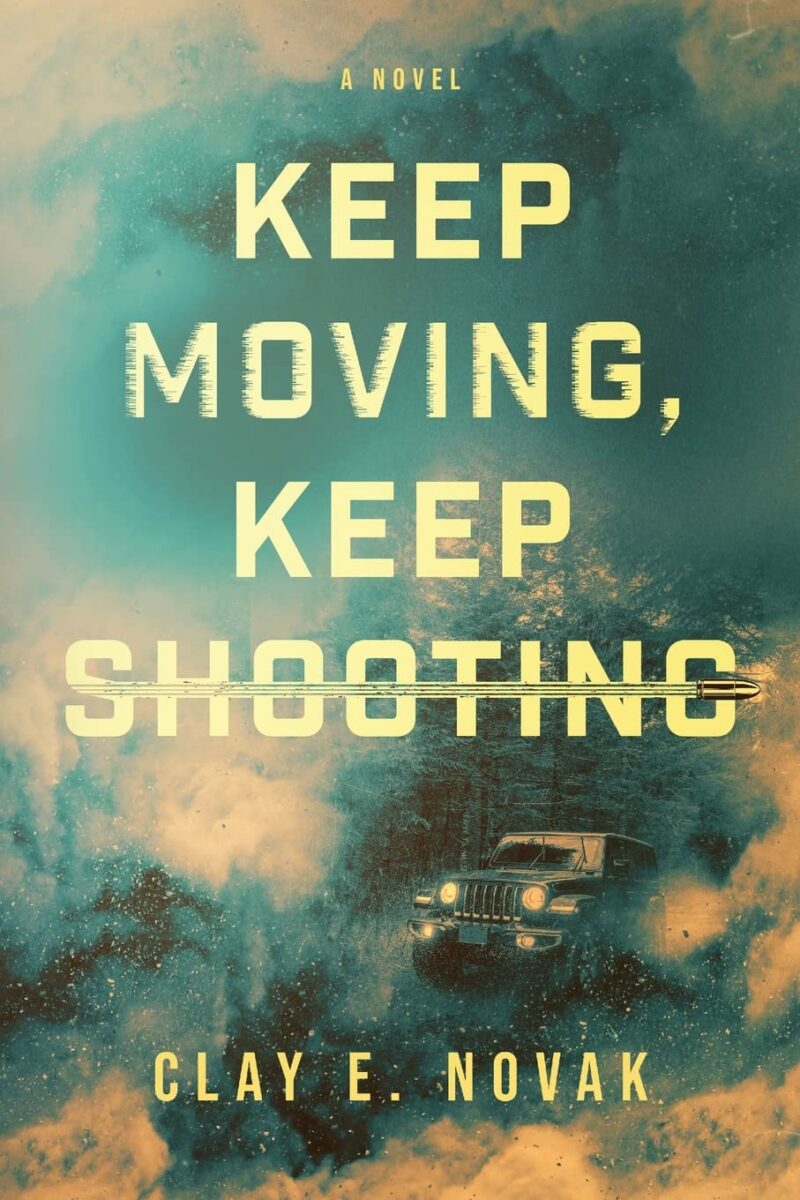 Combat veteran Terry Davis traded a life of adventure and violence for the quiet of the Midwest prairie. But when he catches wind of a potential terror threat to the country he swore to protect as a young man, his instincts make it impossible to stay on the sidelines.

Dusting off his years of training and experience-and his guns-to protect himself, his loved ones, and his nation, the aging warrior winds up in Tampa, making friends and meeting enemies along the way. As the threat slowly takes shape and reveals itself, Terry relies on the smarts and skills that kept him alive through years of combat.

Yet the threat is much bigger than he realized, and he’s not sure who he can trust. The one thing he knows for sure is that if he wants to stay alive, he needs to Keep Moving, Keep Shooting. 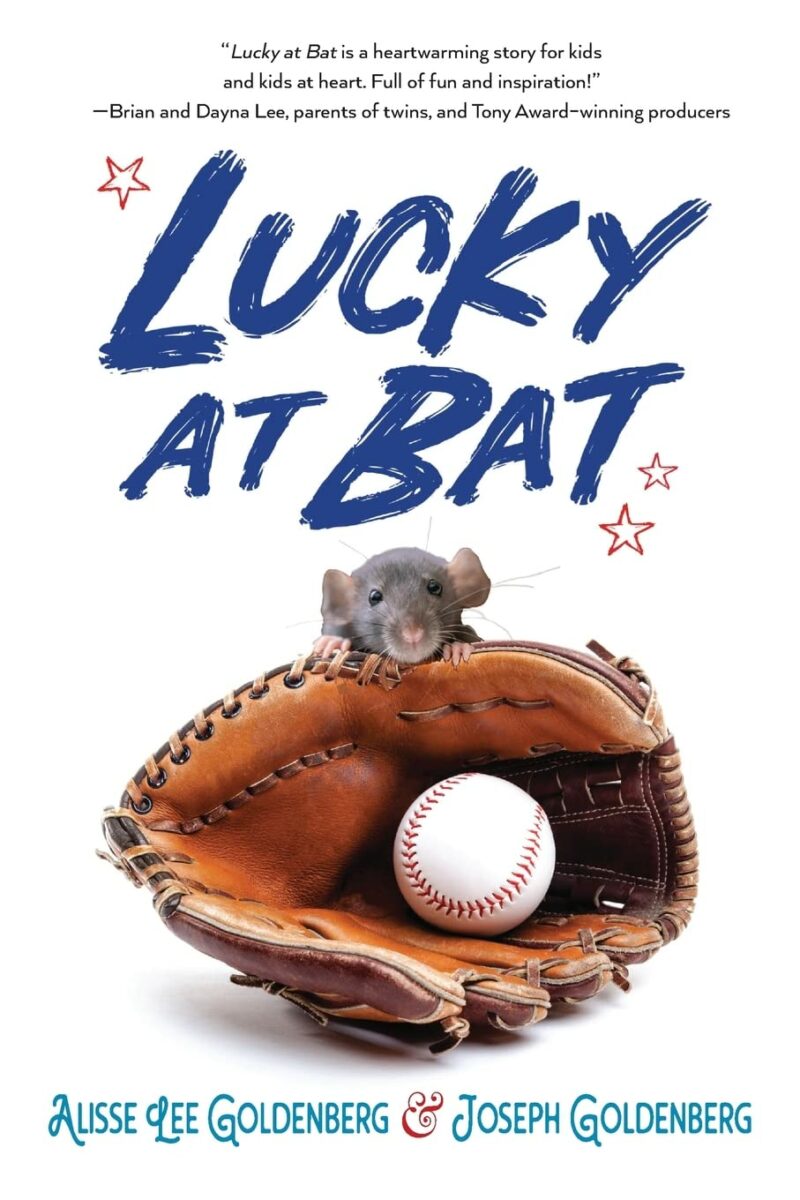 Lucky At Bat follows the story of a young boy named Jack and his two rescue rats-Lucky and Gus-Gus. When Jack discovers that Lucky has a talent for baseball, the little rat becomes the mascot and secret batting coach for Jack’s Little League team. Unfortunately, a rival team considers Lucky’s presence “cheating,” and tensions rise, resulting in a terrible accident. Lucky and Jack wonder if maybe a ballpark is no place for a rat.

Now it’s up to Jack’s teammates and Gus-Gus to show both Lucky and Jack that they are special and important, and they should not give up on their dreams, no matter how big those dreams may be. 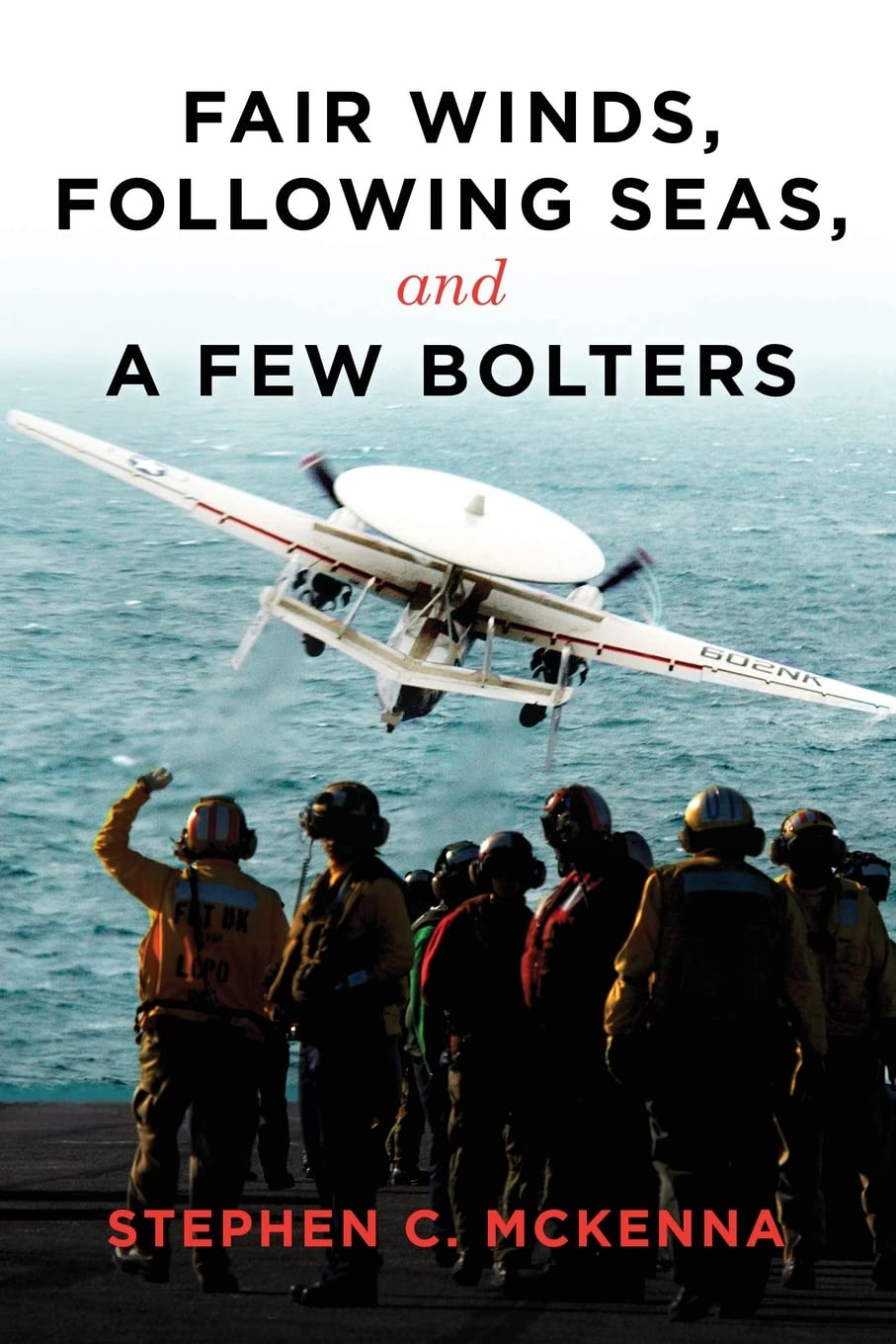 From rural Michigan through Georgia Tech, Aviation Officer Candidate School, flight training, two Western Pacific cruises, and as an instructor pilot, Lt. McKenna met and overcame multiple obstacles in pursuing his dream of serving his country as a Navy carrier pilot. His story is told with humor, and a heartfelt belief in the importance of American leadership, morally and militarily. As an aerospace engineer, pilot, and landing signals officer, Lt. McKenna uses his extensive knowledge of aircraft and flight deck operations to take readers aboard an aircraft carrier as it launches and recovers aircraft off a pitching flight deck in what has been described as one of the most dangerous work environments on the planet.