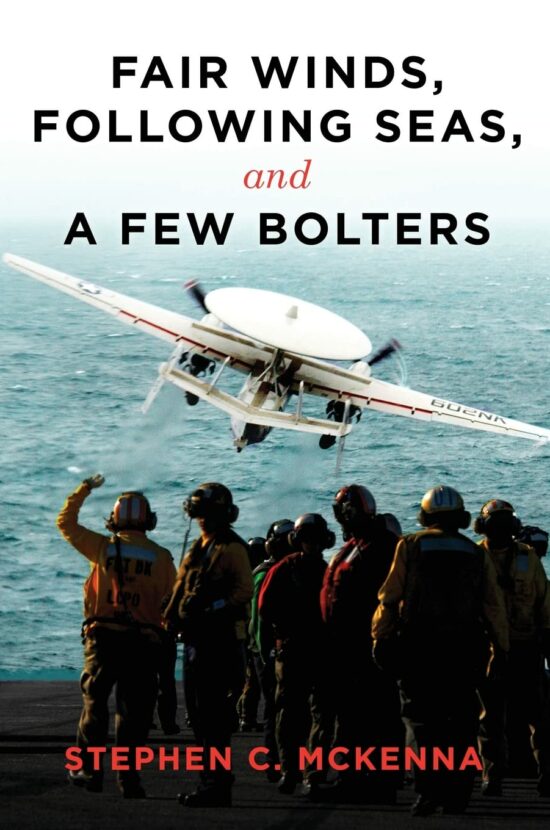 From rural Michigan through Georgia Tech, Aviation Officer Candidate School, flight training, two Western Pacific cruises, and as an instructor pilot, Lt. McKenna met and overcame multiple obstacles in pursuing his dream of serving his country as a Navy carrier pilot. His story is told with humor, and a heartfelt belief in the importance of American leadership, morally and militarily. As an aerospace engineer, pilot, and landing signals officer, Lt. McKenna uses his extensive knowledge of aircraft and flight deck operations to take readers aboard an aircraft carrier as it launches and recovers aircraft off a pitching flight deck in what has been described as one of the most dangerous work environments on the planet.

Stephen McKenna is a trial attorney with twenty-five years' experience in private practice and at the United States Securities and Exchange Commission. Prior to attending the University of San Diego School of Law, where he graduated summa cum laude, Steve served as an E-2C Hawkeye carrier pilot and landing signals officer in the United States Navy. He flew with the VAW-113 Black Eagles out of NAS Miramar and on Western Pacific cruises aboard the USS Constitution and USS Independence. He later served as an instructor for the VAW-110 Firebirds. Steve holds a degree in aerospace engineering from the Georgia Institute of Technology.