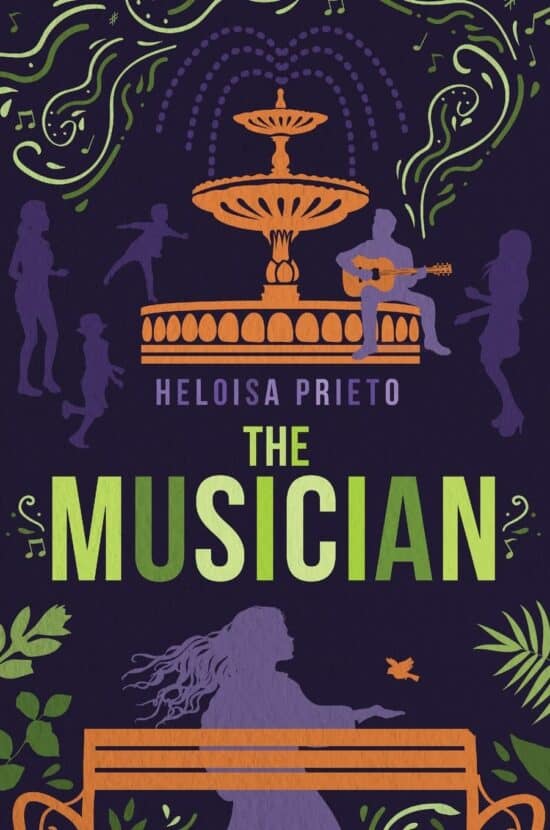 Thomas has felt alone most of his life, his only companions the musical creatures that he can see but others can’t. Wealth, talent, charisma, good looks, and fame conceal the eighteen-year-old’s lingering pain following the loss of his parents. His music is his bridge to the world, and his favorite form of connection.

A chance meeting with a group of strangers leads to the eventual revelation of his magical musical secret-and there are those who wish to steal it from him. Soon the wealthy Dr. Alonso and his beguiling daughter, Dora, trick Thomas into joining a cult from which he may never escape.

When Marlui, a young Guarani shaman, senses the danger surrounding Thomas, she vows to protect him from Dr. Alonso at all costs. Can she rescue him, or will Thomas succumb to the advances of Dora and lose not only his heart but the powers that bring him joy?

Dr. Heloisa Prieto is one of Brazil's most celebrated children and YA authors. She has sold over two million books in her native country. Her Mano series of YA novels inspired the Time Warner movie The Best Things in the World. She recently published 1,002 Ghosts, and her book Viajantes do Vento was selected for the PNLD Public Book-Purchasing Programme, the biggest of its kind in the world. She has spent a lifetime researching myths and legends-both ancient and modern-and organizing and curating collections of cross-cultural interest. She has created and organized numerous creative writing workshops for children, teenagers, and adults. Heloisa also has a PhD in French literature (University of São Paulo) and a master's degree in semiotics (Catholic University of São Paulo).