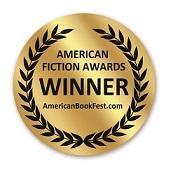 The 4th annual American Fiction Awards have announced their winners and finalists! Out of 70 different genre categories, Koehler Books was awarded 11 winners. We would like to congratulate everyone!

Congratulations to our first place winners…

Congratulations to our finalists…

Penny Haw’s The Wilderness Between Us (Women’s Fiction)

Check out the other winners here. 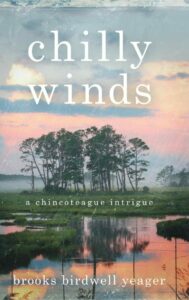 Taz Blackwell, former environmental negotiator and now a trouble-seeking drinker and romantic charmer, tries to find a new life and love against a backdrop of espionage, corporate plunderers, and devious diplomats.

Escaping a failed marriage, Taz moves to the island of Chincoteague on Virginia’s Atlantic Coast, where he explores friendships with a cast of small-town misfits and romance with a beautiful but wary divorcee. Meanwhile, he fights a corporate land grab on the shore and a shady billion-dollar mining play in the international Arctic.

Why is a Chinese mining conglomerate stealing the land underneath a traditional black community on Virginia’s Eastern Shore? Why is the Russian ambassador to Iceland trying to open southern Greenland to mining? Why does Taz interest the ambassador’s beautiful mistress? The answers are in Chilly Winds, a tour de force that will appeal to mystery lovers, adventure addicts, and espionage fans everywhere. 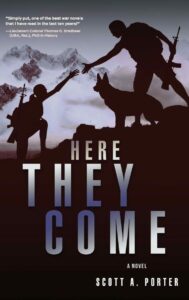 Here They Come by Scott A. Porter

“These are difficult times between our peoples, Miro. I wouldn’t let Julianna leave if I had any doubt she didn’t love you. So, let me get to the point. You must promise me now to take care of her, no matter what.” Josif looked sternly at Miro, as if seeing right into his soul. “No matter what. Never for a moment think that your Serb roots are more important than her. If you run out on her to join the Yugoslav Army, or turn your back on any Kosovars to save your own skin, well, you better think about the consequences. Take her out of Kosovo, but bring her back once it is safe.”

Julianna Shala, a Kosovar Albanian, and her husband, Miroslav Cadikovski, a Kosovar Serb, pursue their love in a nation divided by ethnic strife and eventually full-scale war. For the couple, the 1999 war in Kosovo tests the limits of ethnic bonds and past loyalties. Inspired by Serb nationalists to seize Kosovo, the Yugoslavian Army, Special Police, and paramilitaries clash with the ever-swelling and committed defenders: the Kosovo Liberation Army. With tens of thousands of civilians homeless or exterminated and NATO’s interdiction into the war on the side of the Kosovo Liberation Army, a vicious fight to the death ensues, and it’s victor takes all. 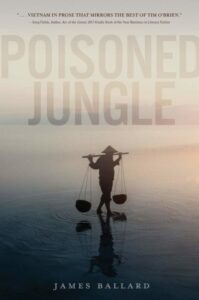 “The napalmed children peered at him, uncomprehending, not understanding what happened, and asked him to fix their burns, alleviate their pain. He tried to explain- such a terrible mistake. No words came out of his mouth.” 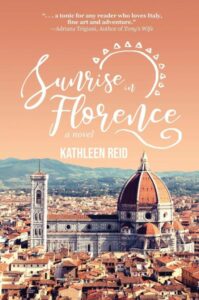 Sunrise in Florence by Kathleen Reid

Rose Maning longs to wake up every morning in Florence, Italy, to a view of the Duomo and terra cotta rooftops dancing in the sunrise. So she flies across the pond with her best friend Zoey for a fun-filled house hunt. For the first time in her people-pleasing life, schoolteacher Rose uses her savings to do exactly what she wants to do: buy an apartment and pursue painting. Rose is passionate about the life and works of the great sculptor, Michelangelo or “Il Divino,” (The Divine One). She experiences her own personal renaissance abroad as she embraces everything Italian. She meets Lyon, who is sophisticated and adventurous, challenging her to see herself in a new light. A mysterious discovery changes Rose’s destiny by revealing the character of the men in her life. Does Rose find something that will alter art history as we know it today?