The Sea Turtle’s Curse: A Delta and Jax Mystery 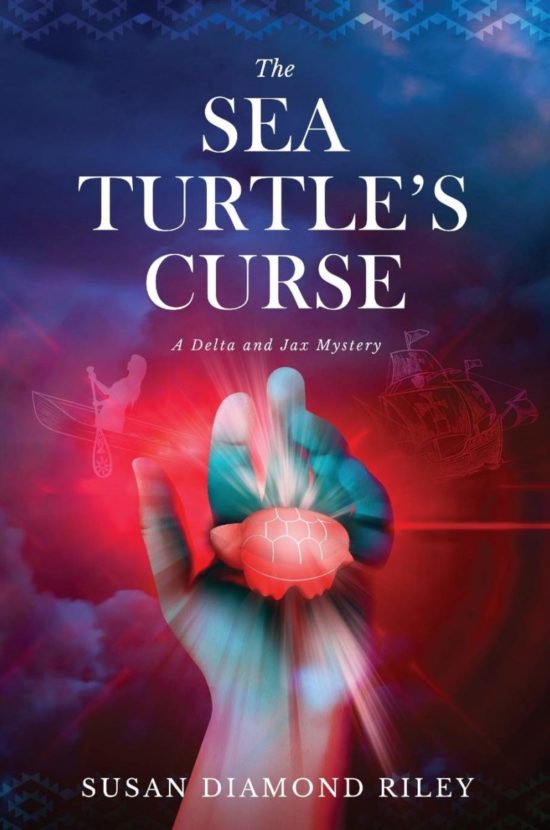 The white turtle shone pink in the watercolor light of the sunset, and she let her finger gently trace the intricate honeycomb carving on the animal’s back. Everything happened so gradually that she didn’t notice at first that the turtle was becoming warmer or that the pink cast had become a rosy glow. She didn’t even notice that fog had rolled in and surrounded her feet. In fact, Delta didn’t notice these changes at all until the mysterious fog had entirely engulfed her. She stood in the haze still clutching the now-blazing red turtle.

Twelve-year-old Delta and her younger brother, Jax, have no idea of the excitement in store when they discover a mysterious carved turtle figurine on the beaches of Hilton Head Island, South Carolina. But when the kids become disaster magnets, they realize that their new treasure has magical powers they’d never imagined! Along with their new friend, Darius, the siblings uncover forgotten American history and learn the importance of passing on stories as they travel throughout the Carolina Lowcountry—and time itself—in a race to break the turtle’s curse before a hurricane destroys their island home!

Susan Diamond Riley has worked in the fields of publishing, journalism, and education for more than thirty years. She holds a master's in children's literature, and is a member of the Society of Children's Book Writers & Illustrators, the South Carolina Writers Association, and the Island Writers Network. Her first novel for children, The Sea Island's Secret, debuted in 2019. She has three grown children and lives on an island with her husband/fellow adventurer, Steve, and their spoiled Weimaraner pup, Pippa.