Check out these books coming out in October! 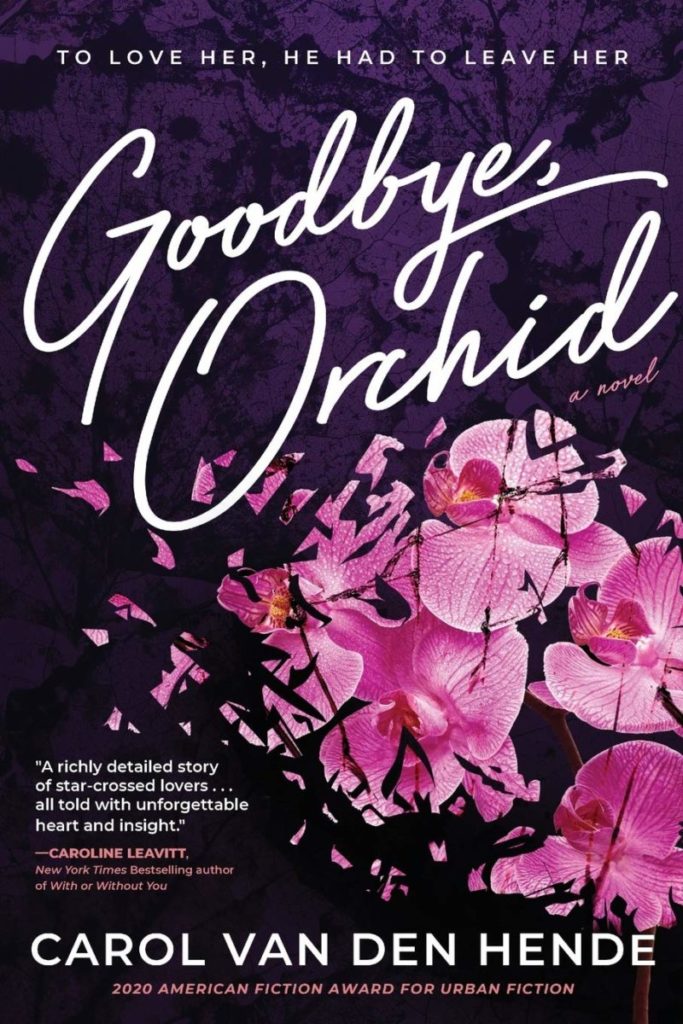 Rising from ashes is hard. Giving up the one you love is harder.

Thirty-two year-old Phoenix Walker is an entrepreneur who has built an agency with a heart almost as big as his own. To add to his good fortune, he’s falling for Orchid Paige, the beautiful half-Asian marketer who’s collaborated with him on a winning military campaign.

Until an accident changes him forever.

Now, he’s faced with the hardest decision of his life. Does he burden the woman whose traumatic childhood makes him feel protective of her? Or does true love mean leaving her without explaining why?

Resonate: Zen and the Way of Making a Difference by Ginny Whitelaw—October 13 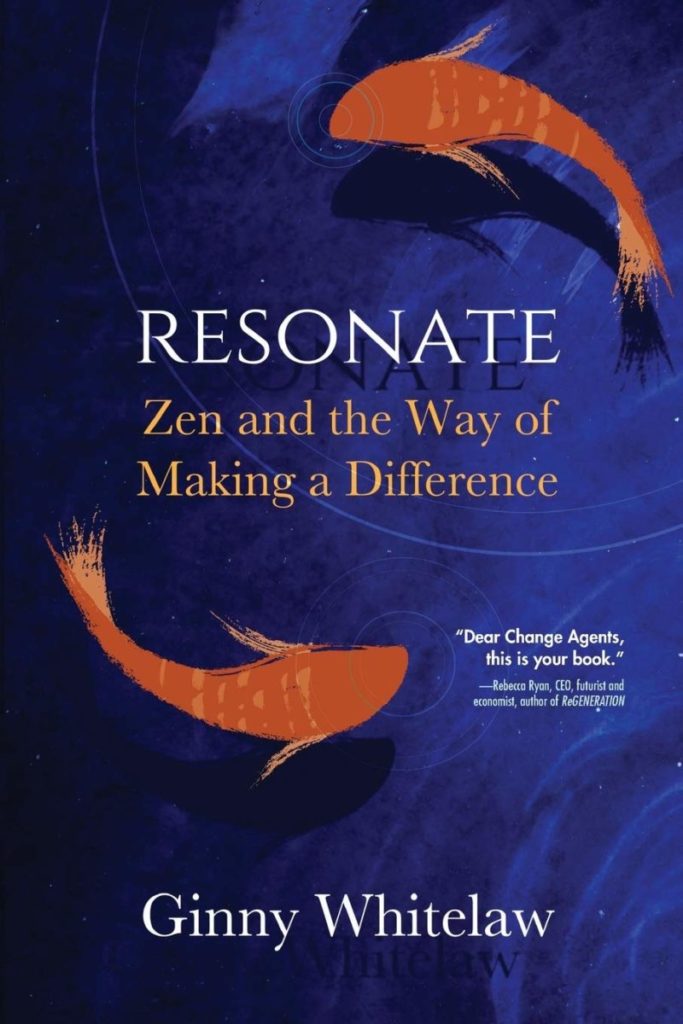 In a world of great noise, disruption, and dysfunction, it’s hard to be heard or know how to make a difference. But master the principal underlying change, and you can live your most significant, joyful and resilient life. That principle is resonance, and Resonate is your guide. In these pages, you’ll discover

You’ve likely heard of “being on the same wavelength.” But prepare to be surprised by how pervasive resonance is, and how powerfully you can affect it. Resonance connects the inner and outer worlds, linking subjective experience and objective impact. It cannot be faked or fooled; resonance is a physical fact. But how we resonate is a choice, a condition we can cultivate.Combining the physics of energy transfer in the human body with physical practices adopted from Zen training, Resonate uniquely integrates how we can develop ourselves to change our world. Let Resonate show the Way. 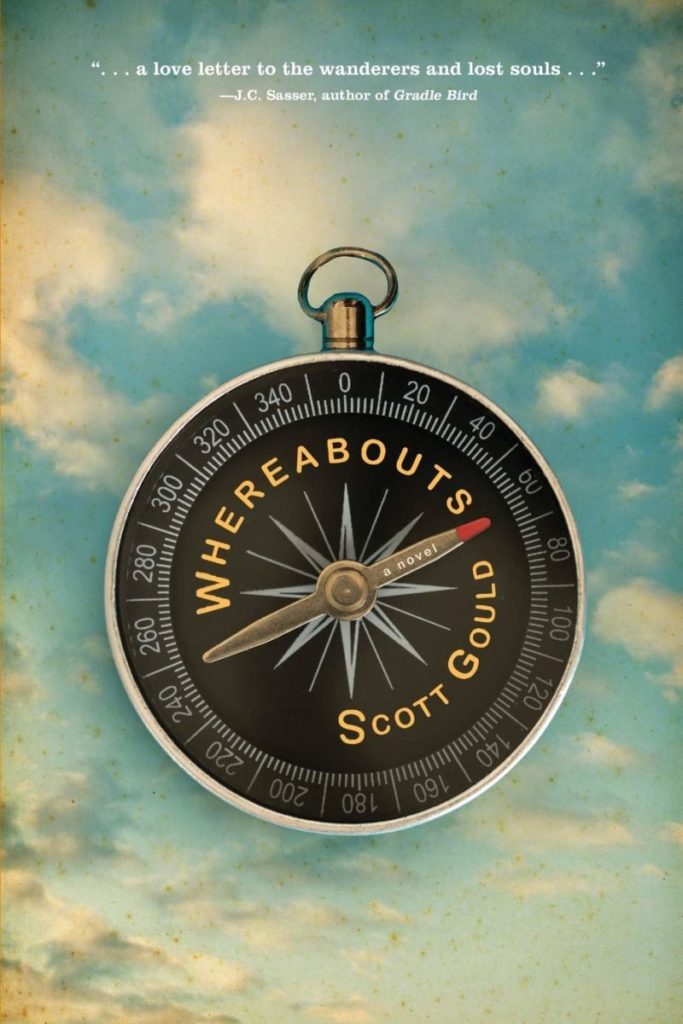 Turn Off Your Silly Phone! by Steve Metzger, Illustrated by Jill Dubin—October 20 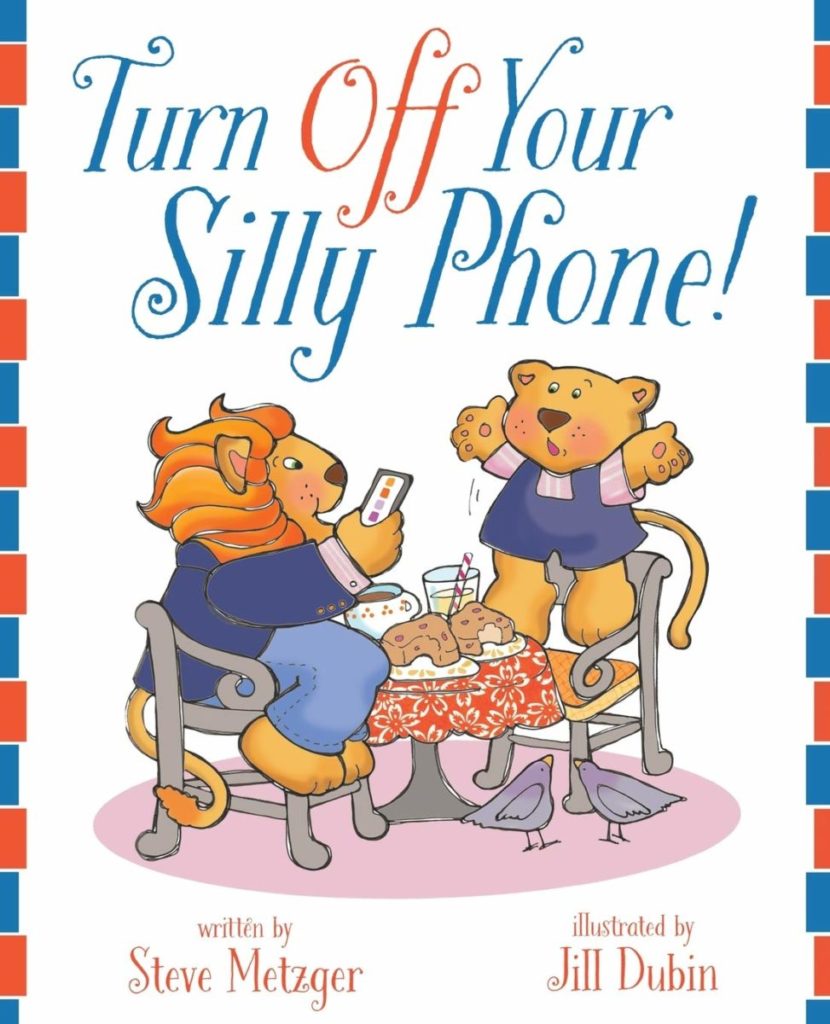 The places that you’ve shown me, Are all I’ve ever known.But now I’d like to see much more, Turn off your silly phone!

Laugh-out-loud rhymes and delightful illustrations show how children really feel when parents and caregivers spend too much time on their phones. The perfect read-aloud for our times! 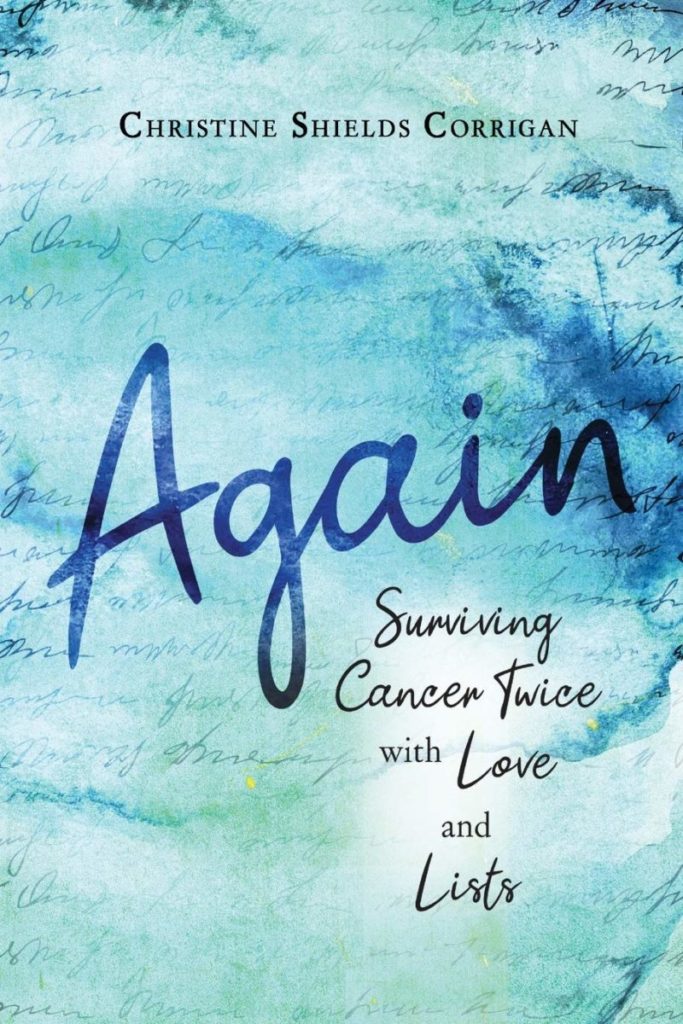 A breast cancer diagnosis at forty-nine forces Christine Shields Corrigan, a wife, mom, and meticulous list-maker, to confront her deepest fears of illness, death, and loss of control as she struggles to face cancer again. From the discovery of a “junky” cyst, to chemotherapy and surgery, sleepless nights filled with rosaries and “what ifs,” and shifting family dynamics, her adult experience mirrors her teen bout with Hodgkin’s lymphoma, with one exception-she no longer has parents keeping her in the dark.

With the ghosts of cancer past hovering around her, Chris falls into the same overprotective traps her taciturn Irish-Catholic parents created, striving to keep her family’s life “normal,” when it is anything but, and soldiering through on her own, until a neighbor’s unexpected advice and gift move her to accept others’ help. With fierce honesty, poignant reflection, and good humor, Chris shares a journey filled with sorrow, grace, forgiveness, and resilience, as she wends her way through cancer for the second time. Again offers practical guidance and hope to individuals that they have the strength to forge a path beyond a diagnosis.

A Mariner’s Tale by Joe Palmer—October 25 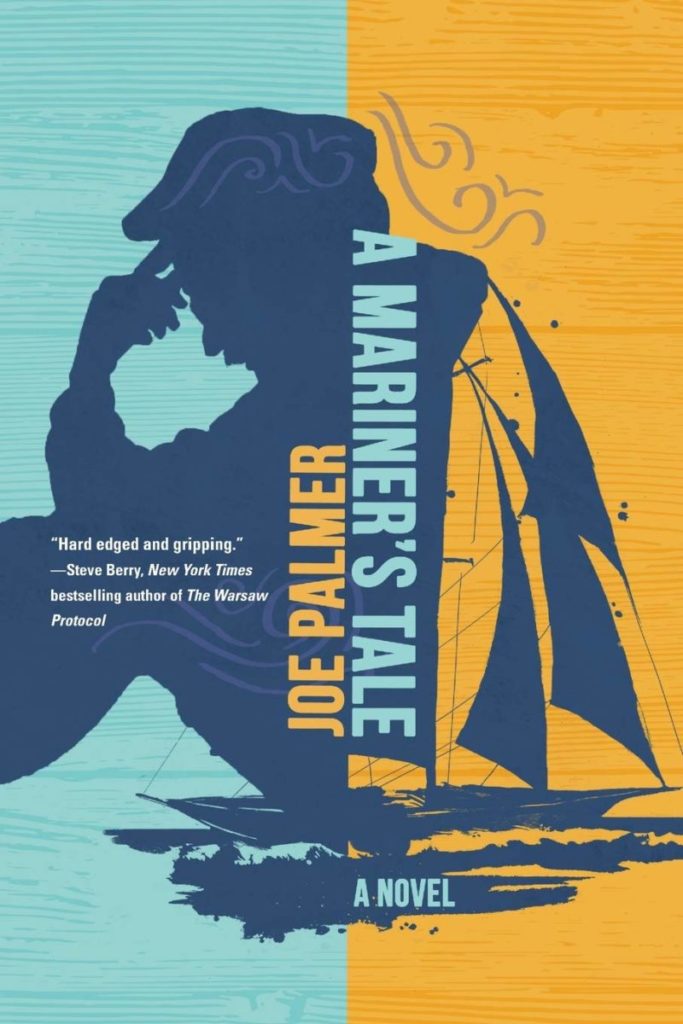 For ten years, the partially completed sailboat Jack Merkel started building with his wife and son sits gathering dust, until his lingering sorrow drives him to finish it alone. Enter a young hoodlum who breaks into the marina and seriously damages the boat for no apparent reason but misplaced rage. When the county sheriff arrives with the boy, the aging mariner sees a lost soul, and begs the sheriff and judge to release the boy into his custody to work off his punishment. Margie Waller, a beautiful, fiercely independent and wealthy divorcee with a yacht in need of repairs, arrives soon after and finds herself attracted to the brooding Merkel. When a deadly hurricane takes aim at Morgan’s Island, it threatens to destroy everything just as the relationships between the three dispirited characters begin to yield fruit.

Woven around the tranquility and bliss of sailing fair winds and gentle seas, A Mariner’s Tale is a love story wrapped in the question that everyone, not just sailors, asks themselves: “This is where I am. There is where I yearn to be. How do I navigate my course to get there?”

Gullah Tears: The Enslaved Souls of Charleston, A Novel by Josie Olsvig—October 30 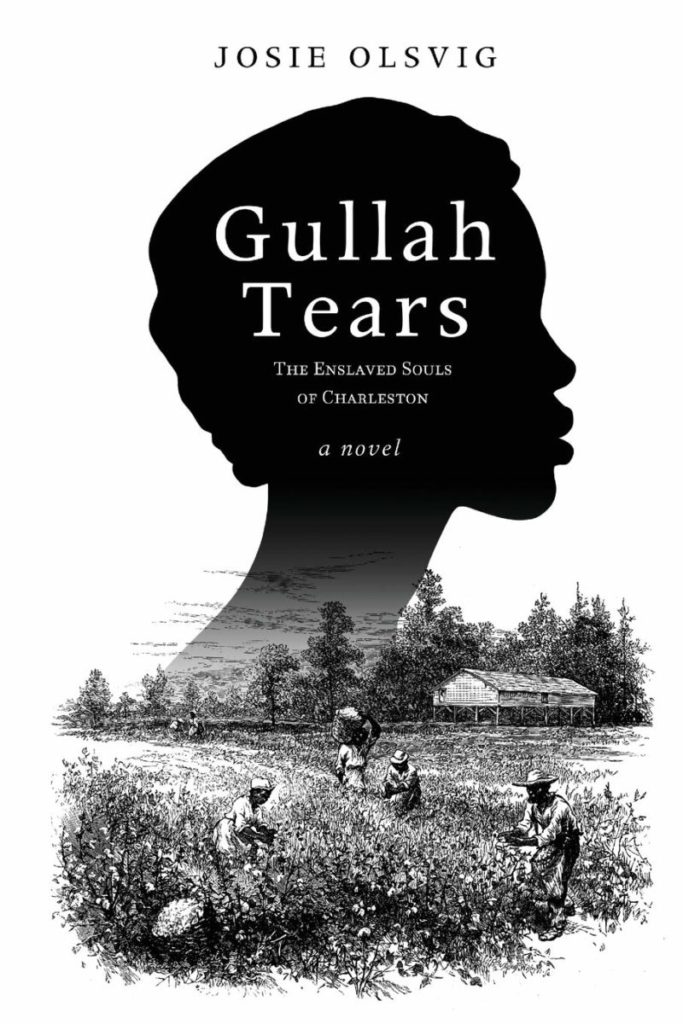 In the Deep South of antebellum Charleston, enslaved Gullah woman Hentie survives the day-to-day sufferings brought on by her cruel master and the white planter society that controls the institution of slavery. From Hentie’s abduction and confinement on a slaver ship, we follow her journey of pain and despair as she begins her new life in a land that causes her much heartache and oppression. Her circumstances are buoyed by the warmth, love and support of her fellow enslaved workers, who lift her up and encourage her to continue on. 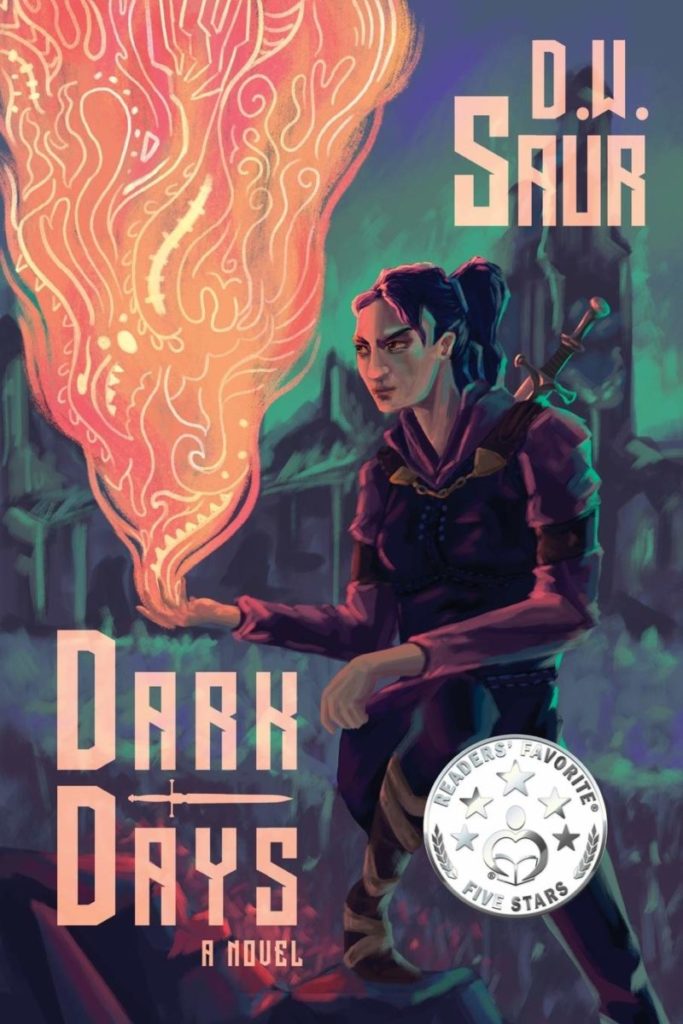 “A chosen one can come not only during dark times, but also on the brink of them.”

The dark times about to grace Sori are marked by a mysterious, ghost-like figure who begins to upset the balance the land has come to enjoy, manipulating members of the Galenvarg and Veirlintu sects into rebellion against the Duine. But hope for peace is not lost; the goddess Nantosuelta has selected her chosen one, a Leigheasan named Maya.

Maya is independent, curious, a skilled hunter, and a master smith, and unique among her kind in her connection to the land. But, sensing that she has an unrevealed purpose, she has yet to undertake her clan’s rite of passage, and isolates herself from her peers. With Nantosuelta’s blessing, Maya begins her quest to find her powers, prevent war, and establish herself as leader among the Leigheasan. But can she rally the clans in time to confront the dark days ahead? 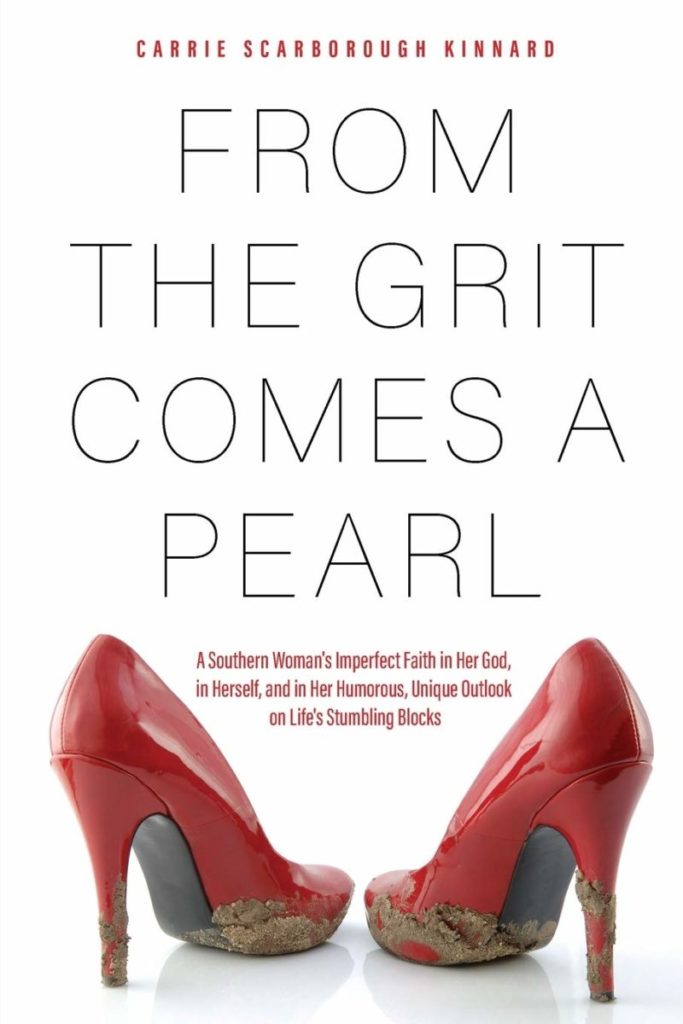 When, after forty, Carrie finds herself not only dating again, but also contemplating marriage to the cutest boy in the world, she realizes how much she must rely on her imperfect faith in her God, in herself, and in her humorous outlook on life’s stumbling blocks.

Though always one to scream “Go big or go home” to the world, a few of life’s unexpected blessings bring her to her knees-dating, then marriage, when she’s already decided she would never “do that mess” again; becoming a stepmother to a teenage girl when she can barely take care of a sink full of dishes herself; and ditching the bustling big-city life that offered her constant entertainment for the simple life in a small border town that offers her not even a good taco.

Dedication, determination, and faith mixed with an extra big heaping spoonful of humor create this Southern woman’s favorite down-home recipe to share with all women who look to forge ahead when it’d be easier to hide from the world. Always remember, from the grit comes a pearl.