Tips for Authors: Crowdfunding a Novel 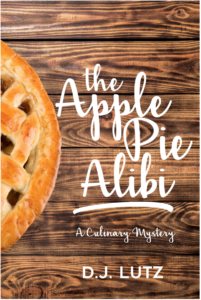 Fundraising through GoFundMe and others of the same ilk works better for nonfiction than fiction book projects. It is often a simple matter of WIFM (What’s in It For Me?). If I want to write a book about how to successfully start a home business, I know there are many readers out there who probably have had the same thought. They need advice, and I can hopefully give it to them. So, they pony up $25 to my fundraising site, and a few thousand donations later, my book hits the press.

With fiction, however, you can only hope that there are enough readers out there who want to give you a few dollars. What is their motivation to pay more than list price, just to get another novel for a shelf already full of them? You can set up your fundraising more as a pre-sale vehicle, but it is difficult to realize a decent return, and some fundraising sites might not allow pre-sale campaigns.

I raised $5,000 in about six months, mostly from family. I continue to get their support—there is talk of another round of donations to take out an advert in The Strand. Does such support seem incredible? It has been. Here are my secrets:

First, it’s all about building relationships. Most of my family knows that I have been writing for a few years now. They follow my blogs. They have asked for, and received, some of my shorter stories. This usually happened in serial format, sent by snail mail. Low tech, maybe, but it kept everyone in the loop. My family and friends are now personally and emotionally invested in my success. The WIFM, for them, is knowing that they have helped me to realize a dream, one that they have watched me work on for years.

Second, avoid unnecessary fees. Use a fundraising site if you must, but I spread the word via email and conversation that I wanted to raise some cash to help get the novel off the ground.

Third, use relationship-building for more than just fundraising. You can use them to help with endorsements and eventually sales. There is a great book out there—We Are Not Alone, by Kristen Lamb—that perfectly illustrates the value in building relationships as an author via social media.

For example, I write culinary mysteries, and have “liked” several culinary professionals on Facebook and Twitter. I comment on their posts here and there—not enough to be a stalker, but enough that, if they looked, they could see I have been a fan for a while. I even took a leap of faith and sent a few requests for endorsement quotes to Food Network television stars. This was two days ago. Yesterday, I received a personal note from one of them. She could not commit to read my manuscript in time to send an endorsement quote, but offered to retweet the release of my book. In other words, when my book releases in a few months, I tweet about it to my 800 friends, tag her, and she retweets to her 26,000 friends. How cool is that?

So, I successfully raised enough money to get my book off the ground. It took about six months to do it, but there were a few years-worth of prep work first—sounds daunting, but for most of us, becoming an “overnight” success takes a long time. 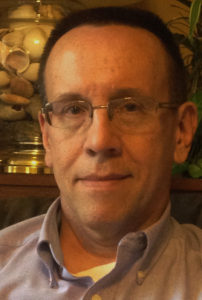 Drawing from his experience as a cook and bartender at one of the largest country western honky-tonk bars on the east coast, D.J. Lutz started his writing career by publishing humorous recipes in his WordPress blog, Exploding Potatoes. Now he has stories published in The World Unknown Review and in the mystery anthology, 50 Shades of Cabernet. D.J. writes everything from culinary cozy mysteries to dystopian thrillers, and is a member of the Mystery Writers of America. D.J.’s debut novel, The Apple Pie Alibi, is scheduled to be released in late 2017.