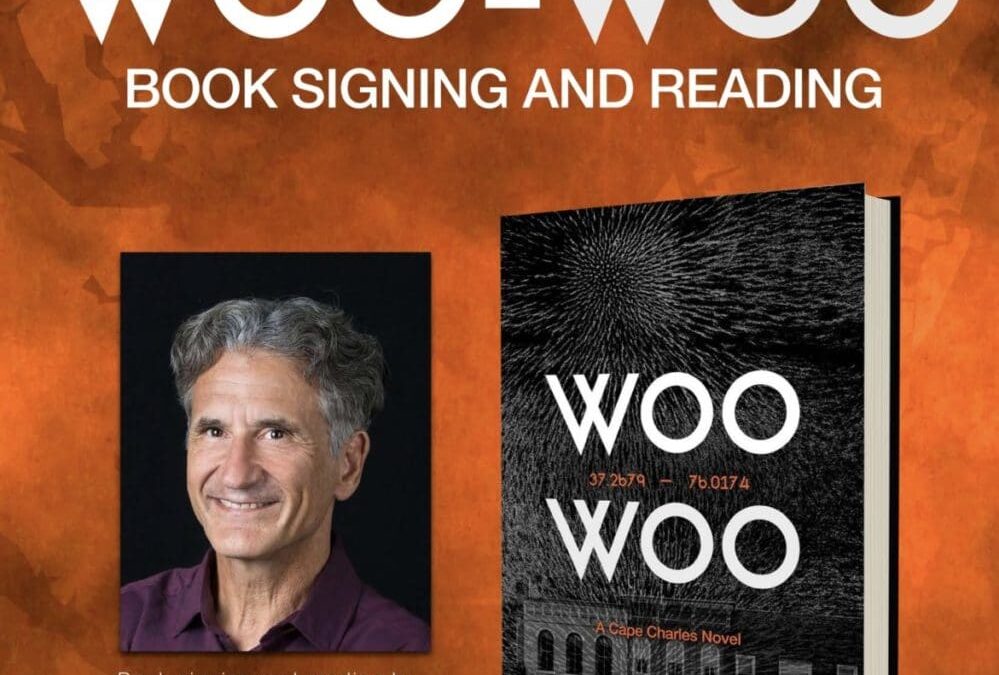 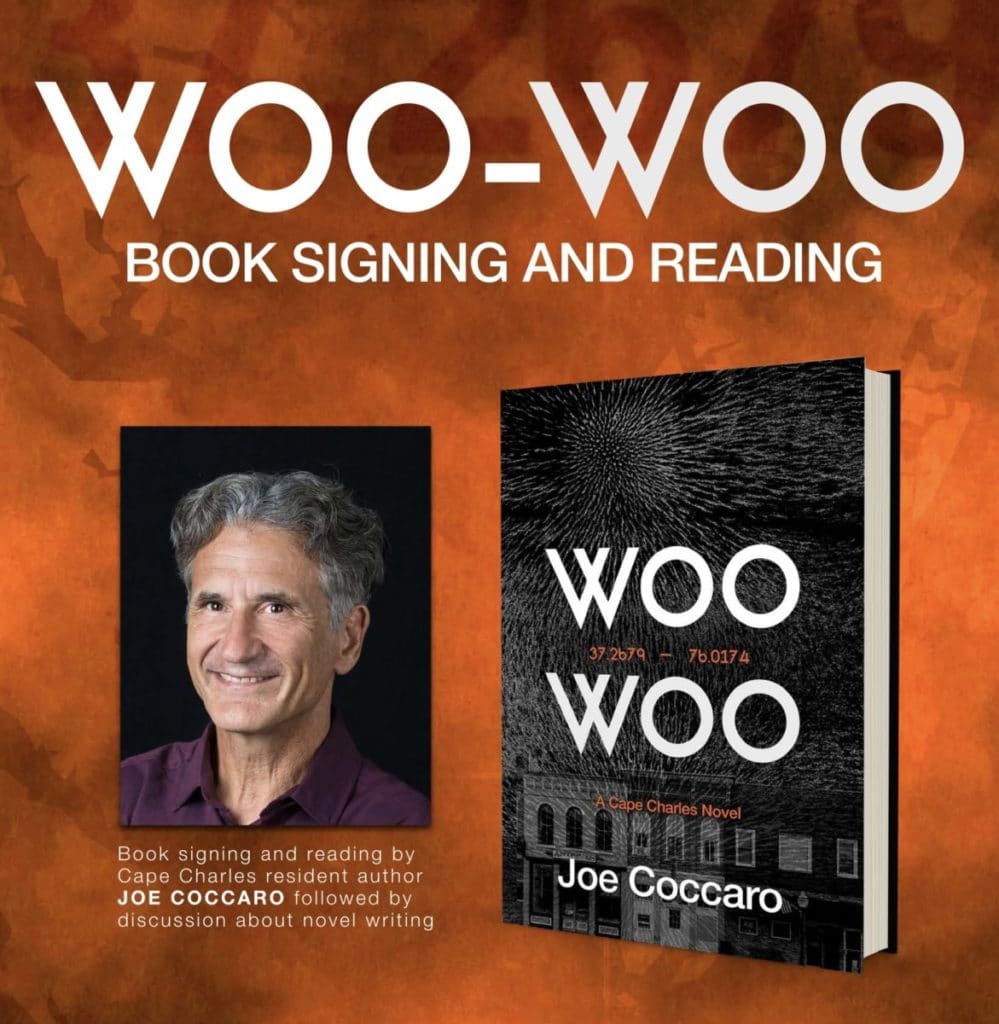 Book publishers and bookstores have been—and are—inextricably linked. One dies without the other. So, as the executive editor of a book publishing company, it no doubt sounds treasonous to suggest that there may be better options for some authors than the chain bookstores most clamor to join.

But I found those options, and some early success.

I wrote a lighthearted novel about my hometown village on Virginia’s Eastern Shore. Woo-Woo is a pithy effort meant to provide easy beach reading and grist for town gossip. Some of its characters are loosely based on real and recognizable people and places in town. I wrote the book with local residents in mind, as well as the throngs of very welcomed visitors who pack our restaurants, bars, beaches and shops when the Fahrenheit exceeds seventy.

Our town is a summer tourist destination on the lower Chesapeake Bay. Lining our Main Street is a mishmash of T-shirt and knickknack shops, coffee and ice cream stores, art galleries, the local pub, a hotel, and a fantastic hardware store that appears frozen in time from the 1950s. We still don’t have a bookstore, although I am told a small independent one opens this spring.

The bullseye of my target audience centers on my hometown, which is why I decided to concentrate my aim there. There was lots of buzz in town this fall about Woo-Woo, mostly by locals who wanted to know whether they were in the book. But there was also a hometown pride, not unlike when a microbrewery opens. It may not be the best beer ever made, but it is our beer.

I was flattered—and surprised—when nearly 200 people showed for my book signing and launch on November 18. Getting more than fifty town folks out for anything is considered a success in my village of 1,000 residents.

We held the event in the town’s historic movie theater. I was interviewed on stage by another author who has been a longtime friend. He must have done a convincing job because we sold about 125 copies of Woo-Woo that night.

I stoked interest in the signing by dropping printed invitations in mailboxes throughout town. It was an old-school approach to publicity. Email blasts and a few mentions on local websites might have piqued interest too, but I credit those printed invites, and word-of-mouth, for so many seats being occupied that evening.

I’ve attended lots of signings by our authors in big-box bookstores. Surprisingly, those events are often gravely disappointing. One New York Times bestseller drove nearly 300 miles to do a few book signings in local Barnes & Noble stores and sold a total of about a dozen books, not enough profit to even cover the hotel room tax he paid for a one-night stay. One B&N store even had the temerity to schedule two authors signing at the same time. I’ve spoken to scores of authors trying to save face after selling fewer than ten books at bookstore signings, or being upstaged by another writer a few rows over.

Those disappointments were lessons learned. No thank you, B&N.

Bookstores, especially the big-box chains, exist primarily to cater to high-volume authors backed by publishing houses willing to open their wallets and buy shelf-space for exorbitant sums. If you are Tom Clancy or J.K. Rowling, that’s where you should be. And I’ll admit that I would love for more of our books to be displayed besides those commercial giants.

But facts are facts, and the reality is that books like Woo-Woo are among the 95 percent that will fall well short of bestseller status. Even if your title is carried in national chain bookstores, it will likely be just one or two copies shoved on a poorly-lit shelf among overly broad genres that span for aisles. Bragging rights is about all you can expect when carried by B&N—not sales.

That’s one reason I love independent bookstores. The owners know their communities and place emphasis on books of local interest written by local authors. They don’t rely on algorithms or national book buyers, who place large book orders and then promptly return what they don’t sell. Frankly, I find the practice insidious. The independents order far fewer books, but they return very few as well.

Many publishers, large and small, get orders of, say, 500 or more copies only to have them flood back as unsold. The big chains are the prime offenders, with return rates of more than 50 percent. That means for every book printed, one comes back, killing author royalties and putting publishers in the hole. No thank you!

When peddling Woo-Woo, I decided to seek shelf-space with local retailers who cater to tourists. Each of these stores have given my book prominent display. The hardware store keeps it in a rack on the checkout counter next to jars of local honey. I love it!  Each of the shops carrying the book have sold out multiples times, and reordered. My sales numbers aren’t going to land Woo-Woo on a national bestseller list, but the sales are solid, steady and without returns.

What I like most about these non-bookstores is that Woo-Woo isn’t competing for eyeballs with thousands of other titles. I love competition, but when perusing a chain bookstore I find the sea of glossy book covers, promotional placards, and stacks of titles distracting and discouraging. It’s sensory overload.

So, here is my advice, albeit overly simplistic and blasphemous: those of us with intensely local books should concentrate sales there. Coddle your independent bookstore, but by no means give it or any proprietor exclusivity. Approach novelty shops, drug stores, hardware stores, or even local restaurants with a souvenir section. Do book signings or readings in these shops, or at a community venue. Be flexible and available to sign copies.

You will have to order books for the shops and deliver them, which can be inglorious. But you will be received with enthusiasm and gratitude, instead of the “another pesky local author” vibe often emitted by overwhelmed assistant managers in chain bookstores.

One of our all-time best sellers at Koehler Books is a Southern author in a rural community who sells primarily through a couple of shops she owns that make organic foods and products. She buys the books at the wholesale price—basically about the same price the bookstores, Amazon and other national retailers pay. But then she keeps the profit on sales, and gets a royalty payment from us on top of that.

I essentially copied that strategy with Woo-Woo, and I can tell you unequivocally that my sales have been impressive so far. I can’t wait for tourist season, nor can my local vendors.

Joe Coccaro has been writing and editing professionally since graduating from Syracuse University, where he earned a master’s degree from the prestigious S.I. Newhouse School of Communications. In his more than thirty years as a professional journalist, Joe has won scores of state, regional, and national awards as both a writer and editor. He has worked fro major newspapers in New York State, New Jersey, and Virginia. For the past six years, Joe has been a book editor and book writer, currently serving as executive editor and vice president of Koehler Books. Joe has edited more than 200 works of fiction and nonfiction, dozens of which have won literary awards. He has ghostwritten several titles and coauthored three books. Woo-Woo is Joe’s first novel published under his name.