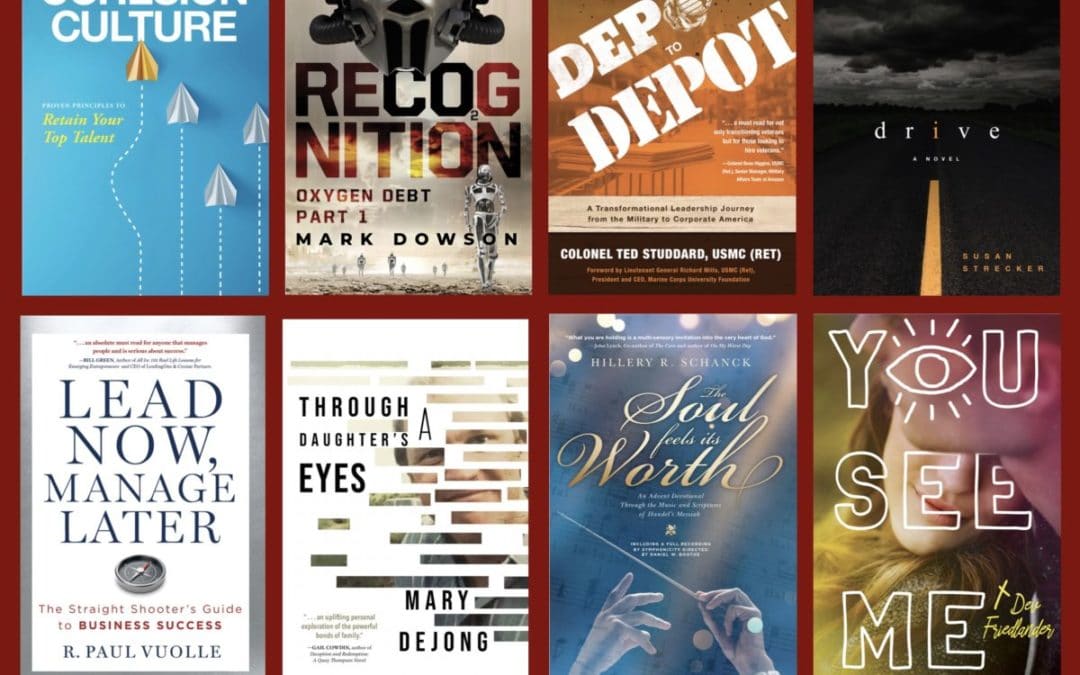 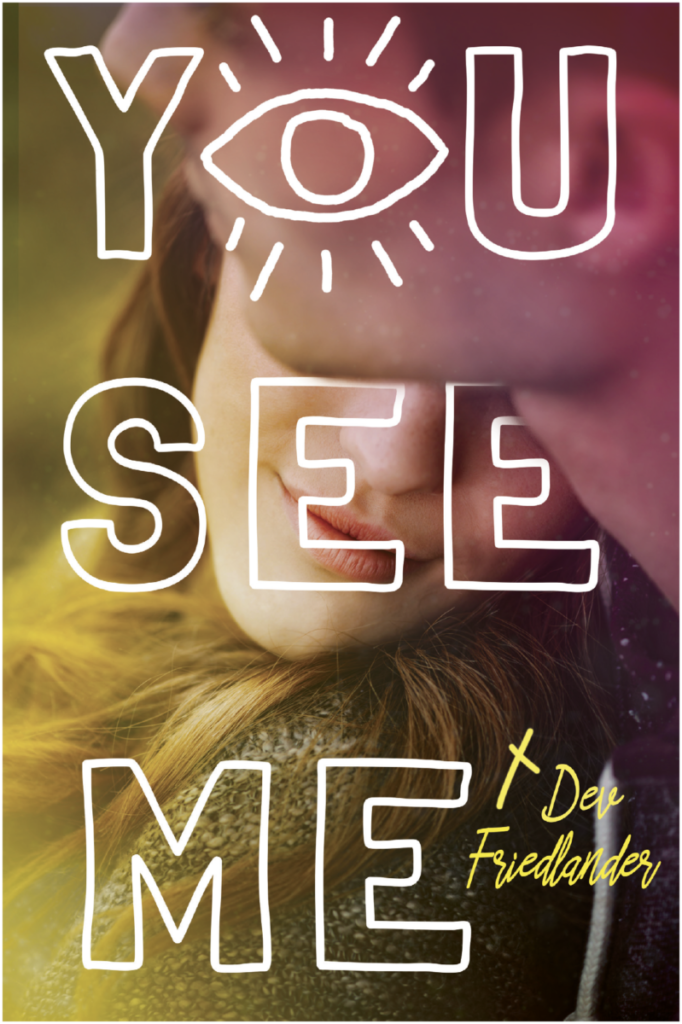 You See Me by Dev Friedlander

“. . . an excellent look at the joy and agony, the triumphs and defeat, and the overall wonder that is teenage romance.”–Brian Katcher, Author of ALMOST PERFECT

Like all teenagers, Ella Heart has it all figured out. But when Ella is severely injured in an accident caused by her brother, she must go through the hellish years of high school with a disability and resentment. During her senior year, Ella meets a drop-dead gorgeous stable hand, and her perspective on who she thought she could love begins to change. Then a legal case is brought against her brother for wrongful death, and Ella must decide if she can forgive the person who stole her dreams–and if it’s still possible to create new ones. 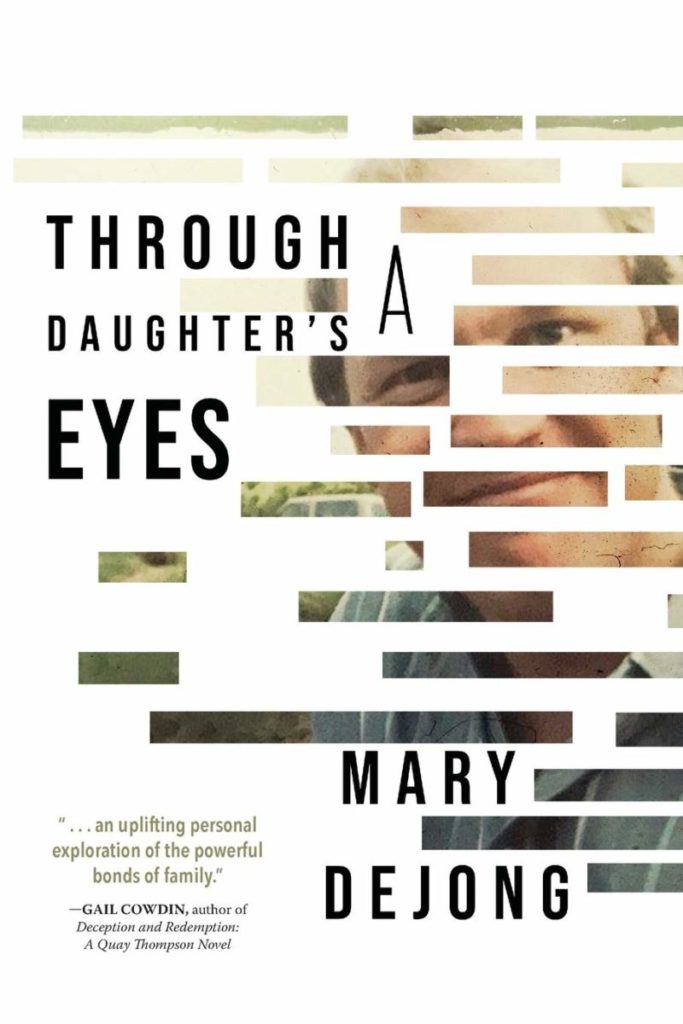 Through a Daughter’s Eyes by Mary DeJong

What do you say when someone apologizes for the death of your dad? “It seemed like we were watching a sad movie that we were really invested in, but it could be turned off by the click of a remote. Life would automatically switch back to normal, and everything would be okay again. Looking into the faces of my best friends, I saw that it wasn’t going to happen.” Thirteen-year-old Mary, the middle of three girls, tells the raw and honest account of her family’s journey when her dad is diagnosed with cancer. Through a Daughter’s Eyes is a heart-wrenching true story about family, strength, and persevering through hardship. 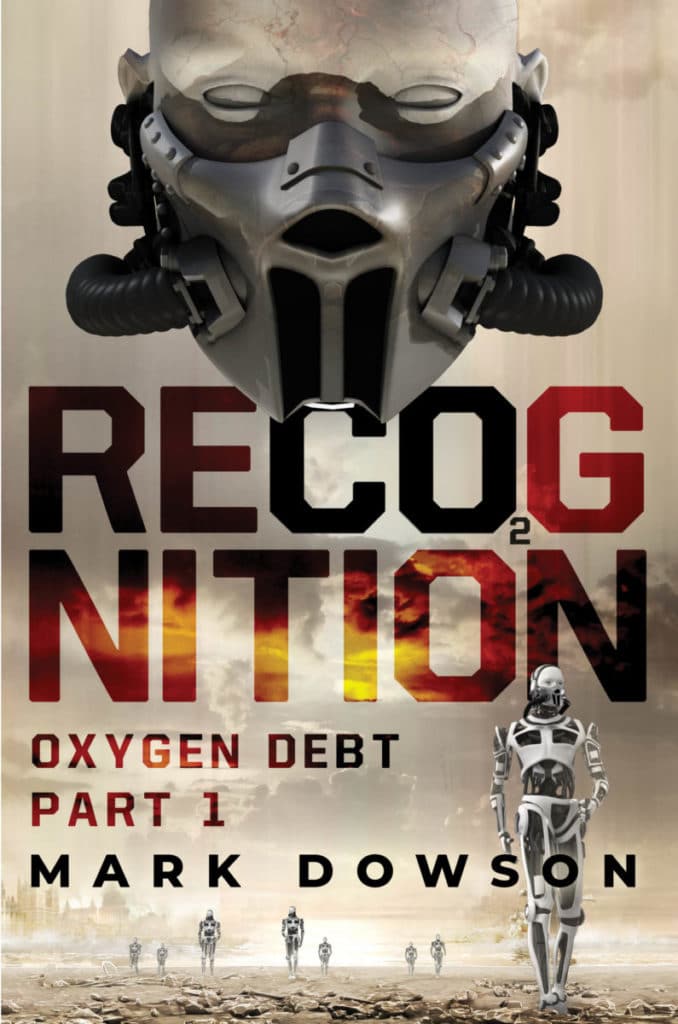 In 2112, dystopia is upon us, and the United Nations Authority is trying to stop energy and technology behemoth GIATCOM from destroying society once and for all. At the vortex of this futuristic struggle is twenty-first-century inventor Dr. Ben Richards, who created a way to harness wind power, a clean and renewable energy that could have changed the course of humanity if he hadn’t died under mysterious circumstances. The UNA determines that keeping Richards alive in 2017 is key to saving the world from becoming a nuclear wasteland. Meanwhile, GIATCOM is using every method at its disposal, including enhanced humans and android doppelgangers, to thwart that effort and capture Richards for its own purposes, setting up an epic battle between future powers in the past. 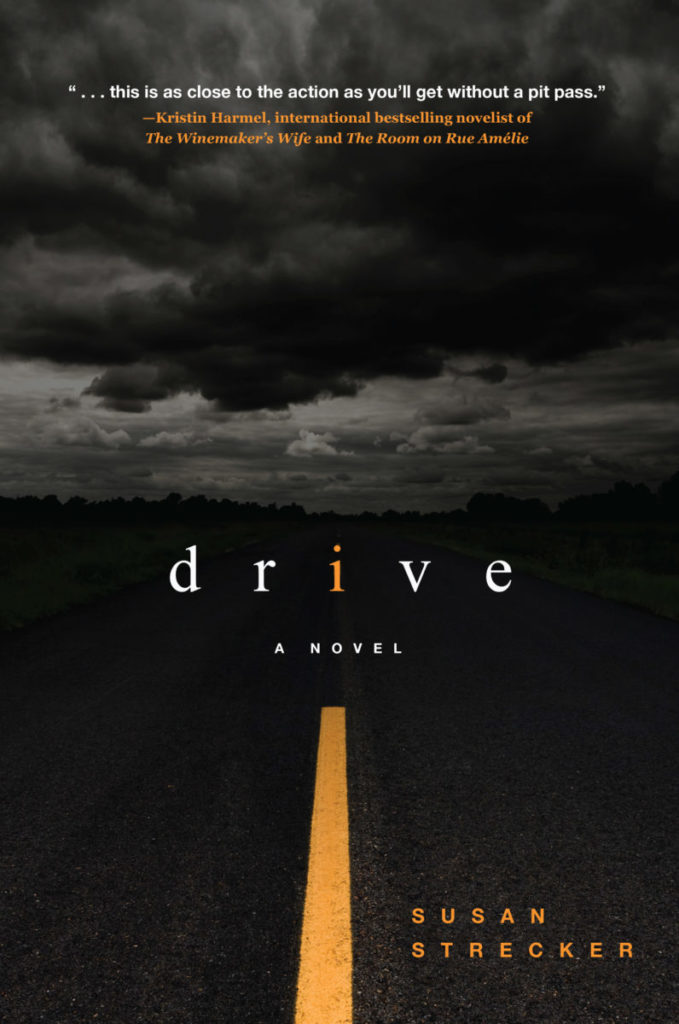 Piper Pierson is on her way to becoming a NASCAR superstar driving for her family’s team, Pierson Racing. But a terrible wreck nearly takes her father’s life, so Piper trades her dreams of racing for a journalism degree. Writing for the famed NASCAR Weekly newspaper, Piper meets Colt Porter, Pierson Racing’s hot-shot new driver and sparks fly. In a world filled with danger and crashes, Colt’s mantra is that life is beautiful and must be lived as if every day is the last. He helps Piper realize all she has to live for in spite of the past. But when another senseless accident happens, someone she loves is taken from her, testing her new-found philosophy. Drive is the story of hard truths and disappointments, growing up, and embracing what matters most. 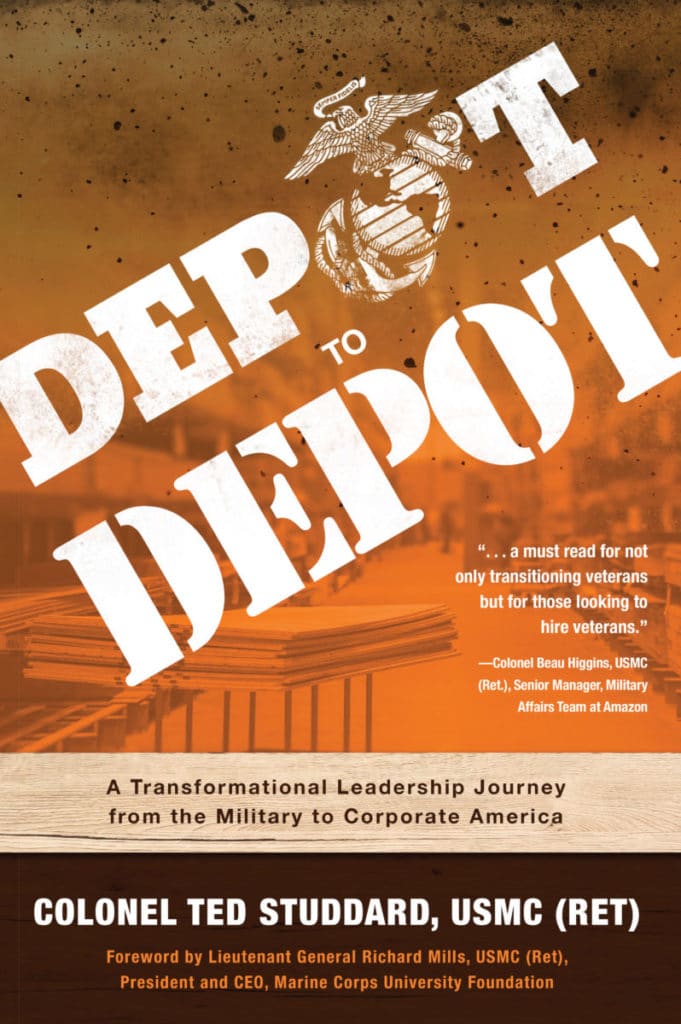 “. . . a must read for not only transitioning veterans but for those looking to
hire veterans.” –Beau Higgins, Senior Manager, Military Affairs Team at Amazon

Thirty-six hours after graduating high school, Ted Studdard was on his way to boot camp at the Marine Corps Recruit Depot, Parris Island, South Carolina. He started as a private on a journey that would span four decades, touch five continents, encompass two wars, and ended up as a leader at The Home Depot, the number one home improvement retailer in the world. His stories, observations and experiences as a leader–from desert combat, to the halls of the Pentagon, to the aisles of The Home Depot–are sure to enlighten and inspire. Much more than a leadership primer, Depot to Depot provides a great illustration of the transformation that veterans must make as they begin their personal journey from the service back into civilian life, and highlights this huge reservoir of human capital that can be leveraged by Corporate America to reinforce our national economy. 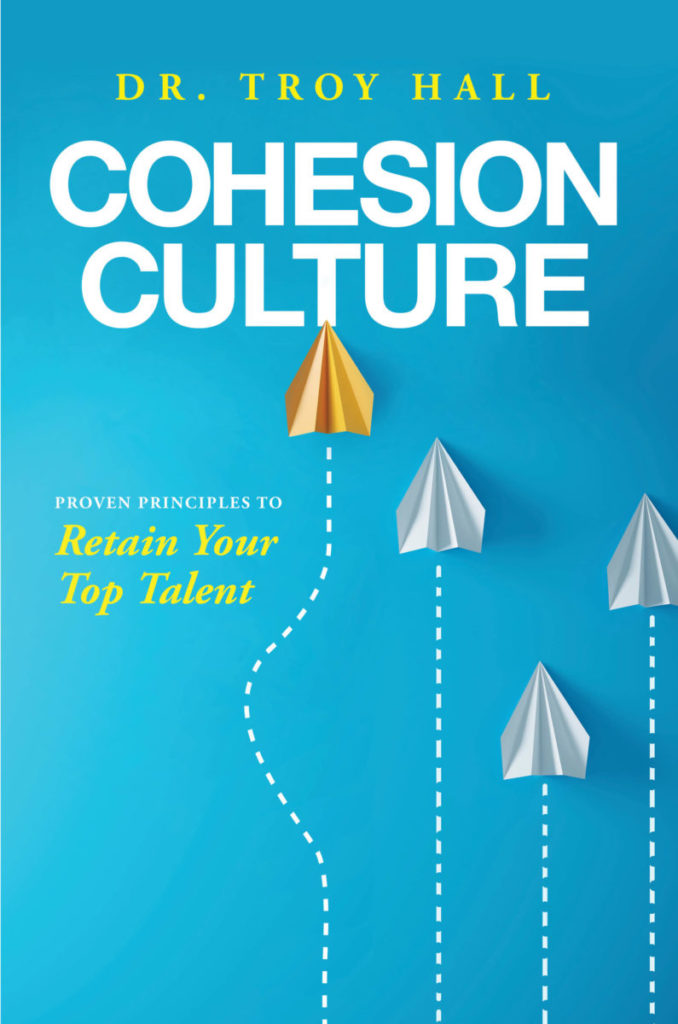 DID YOU KNOW that 63% of employees are actively searching for a new position? In today’s war for talent, the focus should be on talent retention, not just talent attraction. C-Suite Executives, Company Founders, and Sr. HR Leaders need to develop an organizational culture where employees want to belong. Dr. Troy Hall helps you create a “Best Places To Work” environment, where your employees love to work, and stay to work. 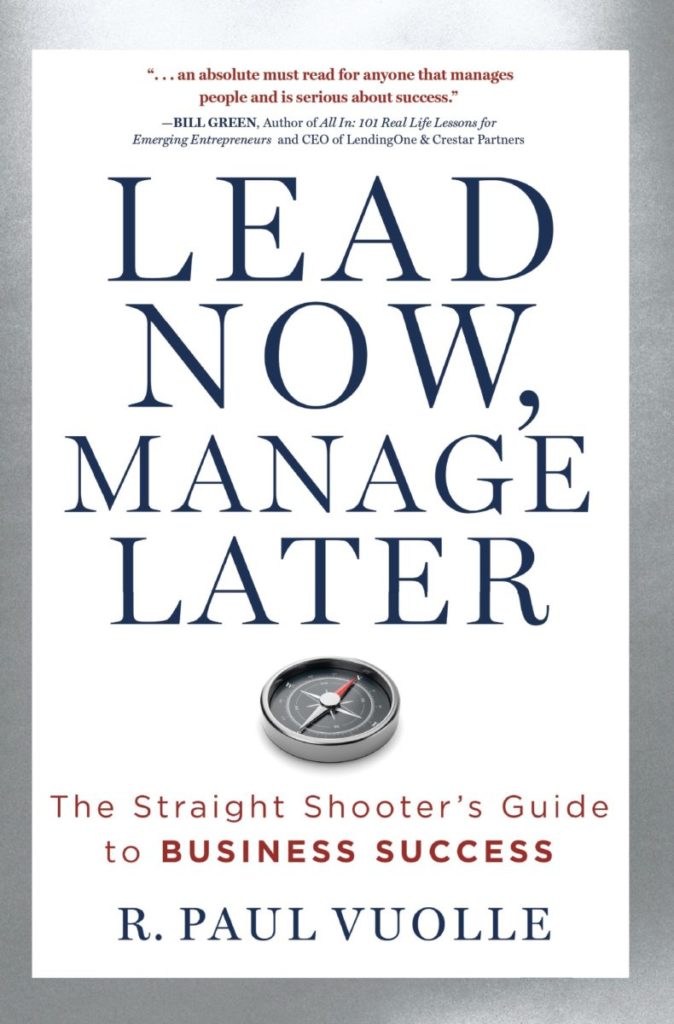 You expect clarity and simplicity from a leader; you expect their words to count. But such is not always the case. A leadership vacuum is occurring globally in government politics, with corporate CEOs, entrepreneurs, and in struggling companies. This is not a good foundation to build a transformational process, which demands direction, simplicity, clarity and–of course–has consequences. Using his experience as a renowned leadership expert, R. Paul Vuolle brings you back to basics on how to lead people in a straightforward and honest way. Relatable and empathetic, Paul’s message is simple but effective, and cuts through the bullshit so you can lead and manage people effectively. 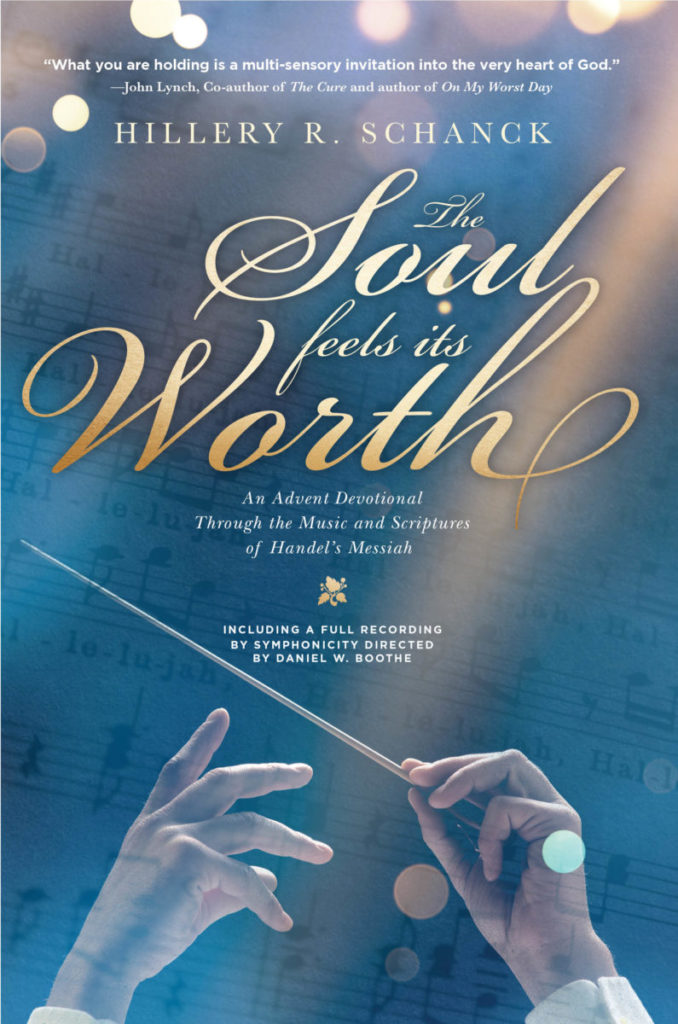 The Soul Feels Its Worth: An Advent Devotional Through the Music and Scriptures of Handel’s Messiah by Hillery Schanck

” . . . take the time to listen, read and reflect; you won’t come out the other side the same.”–Wm Paul Young, Author of The Shack, Cross Roads, Eve and Lies We Believe About God

For centuries, Handel’s Messiah has endured by evoking intense spiritual feeling in its listeners. The Soul Feels Its Worth is a twenty-five-day devotional guide to Handel’s masterful animation of Scripture, and an instrument for reigniting our yearning for Christ, the Messiah. In this devotional, we participate in the story of Christ through the power of prayer, music, and Scripture. We start in ancient Israel, a land in despair longing for its prophesied Messiah, before journeying to first-century Palestine, where the Messiah is born. Through Jesus’s life, his execution, and his resurrection, we take the perspective of onlookers, seeking clarity and truth. We witness the growth of the early church, the final battle over death, the Day of Judgment, and finally Jesus’s glorification. Unfolding the entirety of Handel’s Messiah over twenty-five days, The Soul Feels Its Worth immerses us in the life and legacy of the Messiah, tapping into our emotions to reveal the truth of God. The book will include a full recording by Symphonicity, under the direction of Daniel W. Boothe.