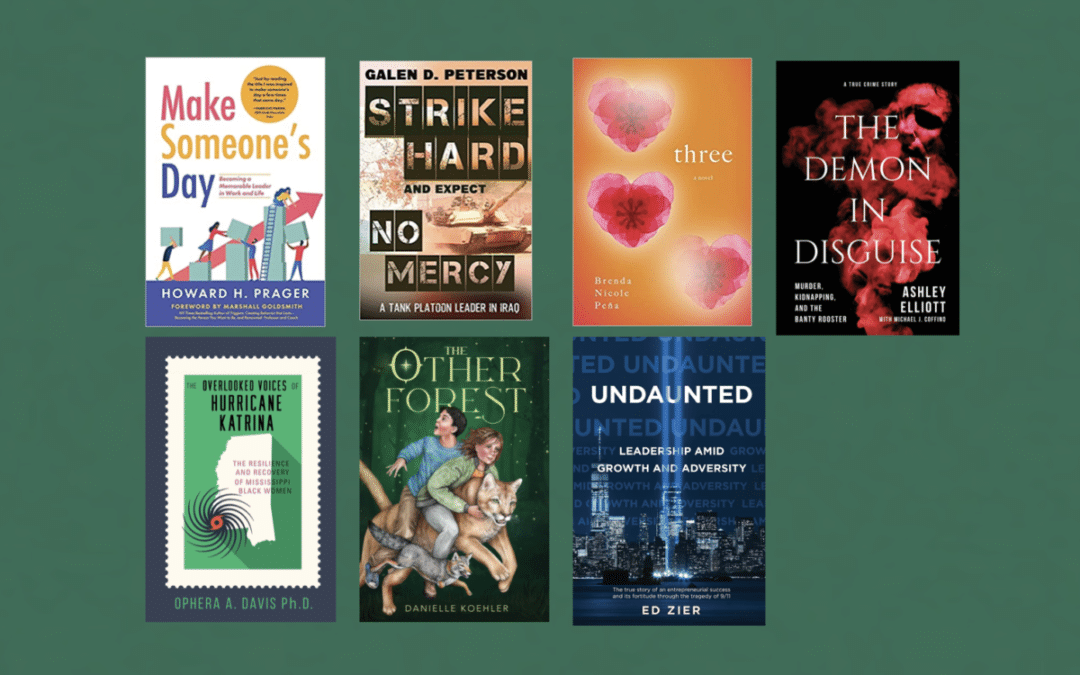 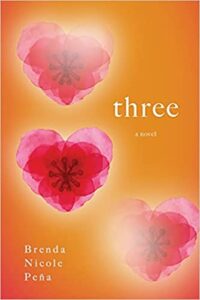 Isabella Guerra is an educated twenty-nine-year-old trailblazer living in Brooklyn, New York, following her dreams, beating her own drum-and she is in love. But life wasn’t always like this. She has gone through her fair share of hurdles, heartache, and loss. One day, after stumbling across her old journals, she reflects on her past, shedding light on the raw coming-of-age truths that movies and telenovelas can’t prepare you for: the struggle of falling in love and finding your way, and the significance of faith. As Isabella looks back, she is reminded that no one ever truly forgets the moments that shape them.

The most powerful words someone can say to you are “You made my day!” You haven’t just committed an act of kindness when you hear those words. You have done something at the right time and in the right way that may turn someone’s day or even life around, inspire and motivate them, or get them unstuck. As a leader, it’s a most powerful tool for inspiring your colleagues and staffers. As a person, it’s heart-lifting and impactful to those around you. With many examples and short exercises, Make Someone’s Day teaches you how to make people feel like VIPs. 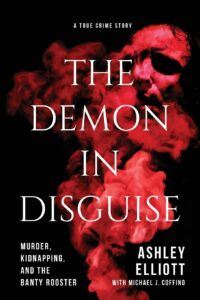 In the late evening of May 18, 2002, prominent local businessman Carter Elliot and his young protégé become the first double-homicide victims in the history of Conway, Arkansas. The Conway PD, Arkansas State Police, and FBI combine to launch a painstaking investigation into what seems a meticulously planned mob-style execution. There are no eyewitnesses, recorded disturbances, fingerprints, or DNA.

After several weeks of investigation, and numerous theories, law enforcement has made no progress. They have no motive. No suspects. Then, one month after the murders, the estranged wife of Carter Elliott goes missing. Is there a connection?

The Demon in Disguise chronicles Ashley Elliot’s years-long, roller-coaster journey with the criminal justice system in pursuit of answers and justice for her parents.. When will it end, and what will it ultimately produce? 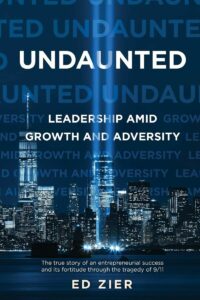 On September 11, 2001, sixteen employees of Baseline Financial Services remained on the seventy-seventh and seventy-eighth floors of Two World Trade Center not knowing that a second plane targeting the towers was about to crash directly into their offices. Twelve would survive.

These twelve would band together with all of Baseline’s employees to heroically rebuild the business in the ensuing weeks while simultaneously mourning the loss of four friends. Undaunted is a true story of bravery, despair, and fortitude. It intertwines an informative business narrative of how Baseline grew to be the envy of its industry and how its corporate culture influenced its employees’ reaction to the events of the day and the weeks that followed.

Undaunted is about leadership and facing adversity. While 9/11 itself stunningly did not derail Baseline, an interesting twist of fate soon beset the company. This is their story. 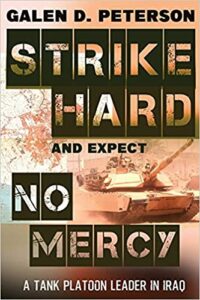 Strike Hard and Expect No Mercy is the story of boots on the ground in Iraq, as seen through the eyes of a tank platoon leader. Baqubah, on the eve of the Surge, and Sadr City, during the spring uprising of 2008, saw some of the darkest hours of the war. A tough dragon, the M1A2 Abrams tank and its crews were often called to crack the toughest nuts on the battlefield, and victory, even survival, was not guaranteed. It is a gritty and visceral dive into the combat experience, flavored with the anguish of loss, the exhilaration of victories, the frustrations of defeats, and the humor required to survive. Along the way, the story shares rarely told insights into the duties and expectations of an Army junior officer. 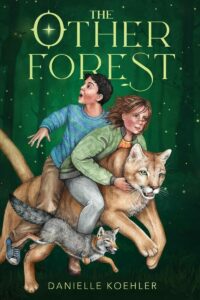 When twelve-year-old Olivia is forced to move to her mother’s birthplace of Bottom-of-the-Globe, Nowheresville, in southern Chile, she fully expects to be miserable and friendless. Her only comfort is her dog, Max, more an inseparable brother than an ordinary pet. So when Max disappears in the nearby forest, Olivia doesn’t hesitate to chase after him, ignoring the rumors of strange Patagonian demons infesting the forest. Before she knows it, Olivia has slipped into a strange, other forest where animals can talk and her emotions affect the world around her in spectacular yet terrifying ways. Things go from bad to worse when a mission to help the animals save their forest turns into a dangerous confrontation with a beast lurking in the depths of the volcano. Can Olivia and her oddball team of a playful local boy, a friendly but secretive puma, and a sassy three-legged fox save not just Max but the entire forest before it’s too late? 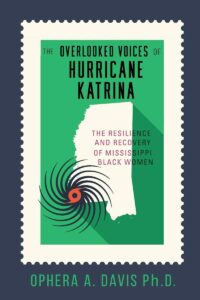 Hurricane seasons have become overactive since 2005 when Hurricane Katrina hit. The only longitudinal study on a single group of women disaster survivors in America, The Overlooked Voices of Hurricane Katrina brings overlooked voices to the forefront as these women share their stories and strategies of survival and recovery before, during, and after Katrina. Using narrative theory and author Alice Walker’s “womanist” orientation, these empowered women provide, in their own words, lessons learned and strategies for how to rebuild one’s life after disasters.