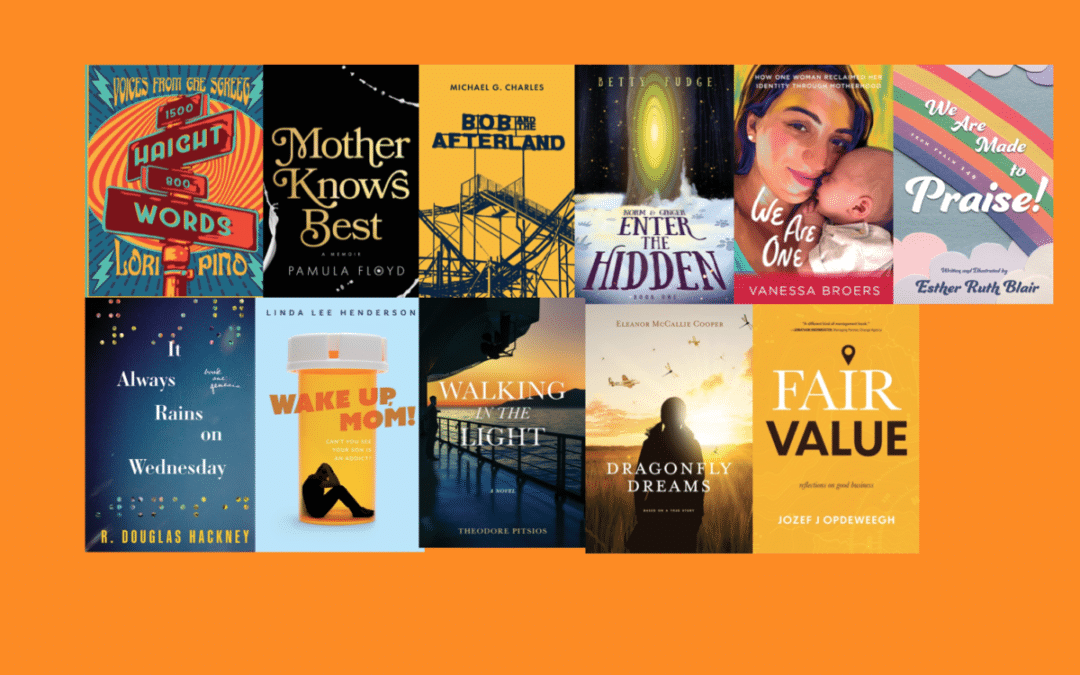 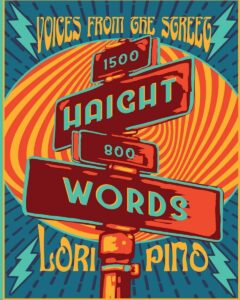 Haight Words presents an anthology of thoughtful poetry from people sharing their experiences of being homeless on one of the most famous streets in one of the most prosperous cities in the world: San Francisco, the heart of America’s tech revolution. Colorful illustrations accompanying the writings serve as a visual commentary to the growing plight in so many of our communities.

Haight Words’ provocative approach aims to awaken the senses through illumination of silenced voices. It sends an invitation to challenge social constructs by taking the smallest of actions toward a collective shift that can prove profoundly beneficial to all concerned. 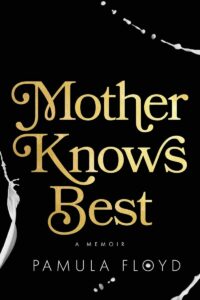 Mother Knows Best is a remarkable memoir of resilience, perseverance, and miracles. In 1994, The Wall Street Journal published an article called “Dying for Milk: Some Mother’s Trying in Vain to Breast-Feed, Starve Their Infants.” Chaz Floyd was one of those infants. He may not have died from insufficient milk syndrome, but it did take his life. His mother spent a lot of time arguing with and praying to God. What happened to Chaz was purely preventable, if only doctors and nurses had listened when the first-time mom said that she felt like “something was wrong,” and that she felt like “he wasn’t getting enough.“ 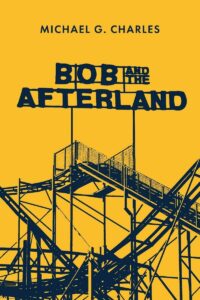 The lives of Mike and Gabe were as disparate as the sudden ways they ended. Both find themselves in the Afterland and are soon drawn together in a friendship that would have been almost impossible on earth. As they struggle with the reality of the Afterland, they begin to question their core beliefs. Intermittent portals open windows to critical events in the lives of their loved ones, both good and bad. The Afterland brings many questions: Is this Heaven, Hell, neither, both? What lies beyond the boundary? Why can’t they breach this boundary?

When they meet Bob, a being from another world, preconceptions from their past lives are challenged-as is the reality of the universe. The three friends, along with a trusty pet from Mike’s childhood, soon bond over everything from roller coasters to classic Motown, but they are inevitably drawn into the never-ending battle of good vs. evil, leading to an ultimate conflict that could destroy all that they love. 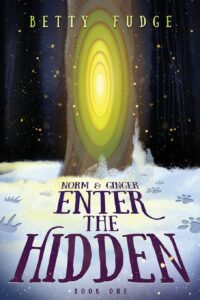 There is a secret hiding inside the remote Vermont farmhouse where eleven-year-old Becky and her family move after her father is fired from his job under mysterious circumstances.

A guardian emerges with an ominous warning that someone is coming through a mirror to take Becky from the safety of her new home, and leads her to the discovery of artifacts hidden under her bedroom floor. That same night she finds an abandoned puppy destined to protect her, and whose collar causes the artifacts to turn on. An ancient battle resumes for control over a secret once thought buried too deep to be uncovered. As more mysterious creatures arrive, how will she know who is there to help and who means her harm?

Becky and her new puppy must race to interpret the warnings, overcome their fear of sinister forces, and trust in new alliances to solve a compelling mystery that has been hidden from her family for generations. But is it too late? 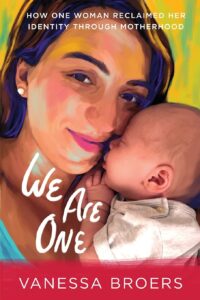 Motherhood, for those of us for whom it was never in the cards, can shift the tectonic plates of your being and, in the process, level the life built upon them. Embracing this will shake you to the core and catalyze an expansion that swallows the life you leave behind whole-allowing you to live fully, heal the deepest parts of yourself, and emerge anew, not redesigned but renovated, able to create magic in your life in a way that you might not have accessed without this massive “disruption.”

Our culture teaches us that it’s about balance. Finding time for yourself, making sure you take care of your own needs. I call bullshit. Balance isn’t going to cut it for the kind of women this book is written for.

This book is a guide to motherhood from a completely different perspective. It’s about energy management, soul management. It’s not about balancing your checkbook and budgeting your time; it’s about creating a radical shift in who you are. 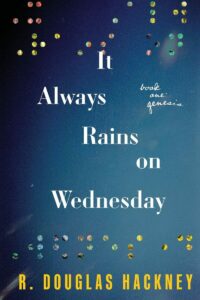 A strange unchartered world awaits Monte Scott, a young and inexperienced vocational rehabilitation counselor assigned to work at a residential school for the blind. From the first moments, his life is challenged and changed by confrontation with students, teachers and events in ways previously unimaginable. Presumptions of “sightless, pitiable, invalid children” awaken to questions of misconception and prejudice.

Will he survive or be summarily cast out as three others from his agency have been? And with a dark, secretive past weighing on his shoulders and haunting every step, does he really care?

At times profound, often humorous and enlightening, It Always Rains on Wednesday is a story of relationships, set in the pre-computer age of 1969. A collective portrait of characters reveal elements of the human spirit with uncompromising reality. 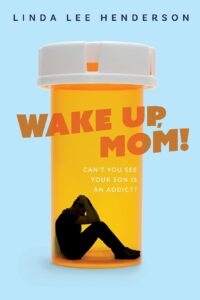 Wake Up, Mom! is a heartbreaking story about a mother’s emotional journey through her son’s addictive years. She chronicles their family’s life and its downward spiral after a supposedly helpful prescription drug meant to aid her son’s ADHD caused a nightmarish sequence of events that nearly destroyed him.

This tale of chaos portrays Mom’s emotional seesaw as her son experiences disaster after disaster, candidly describing the pain and the challenges they both faced in an effort to overcome his addiction. Her son had a dream. Mom was determined to try and help him achieve that dream, but she couldn’t do it on her own. 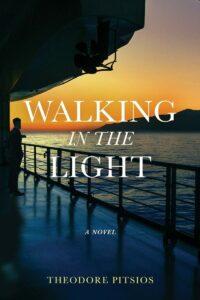 “Those who have what it takes can make it right where God put them; going away is trying to hide your ineptitude among the strangers.”

With his brother’s words permanently etched in his brain, Kostas, a headstrong Greek merchant seaman, jumps ship in America, determined to prove his brother and all others like him wrong. Though one among the thousands of illegal immigrants pouring into the country, striving to make it while dodging the long tenacles of immigration enforcement, he’s certain his skill, his resourcefulness, and Providence will work in his favor. 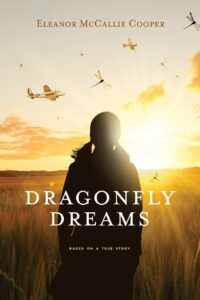 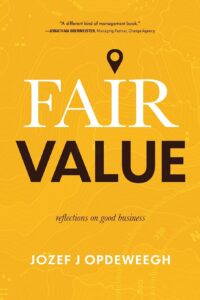 Fair Value is unique-a book about business that serves not as a blueprint but as a reflection on our lives, and how we might live them better.

With courage to confront, and learn from, contemporary issues, Jozef Opdeweegh draws on thinkers past and present to show how our values shape the value we create. Taking us on a path of discovery, these essays address the world as we know it and offer a unique perspective on how it might be.

Founded on a long tradition of reflective wisdom, this nuanced approach is one modern readers, in our quest for sound-bite solutions, would do well to heed. 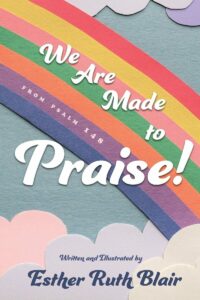 the name of the Lord!”

Through vibrant illustrations and child-friendly language, We Are Made to Praise is a paraphrase of Psalm 148 that shows your little one how everything in the universe was made to praise the Lord. Teach your child about the world around them from a biblical perspective as they delight in the colorful artwork and easy-to-recite message.