Lessons Learned at a Book Signing 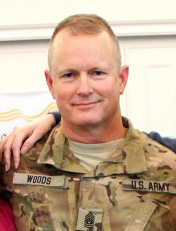 This event took place in the Barnes & Nobel at Virginia Beach Town Center on May 27th and 28, 2017. It was advertised on Barnes & Nobel’s website, as well as many of the participating authors’ social media sites.

The store was set up with tables in one corner of the building, creating an authors’ area. Each author’s table consisted of a short stack of books and one plastic book stand. Some of the authors had handouts and give-away items available for store patrons. Others designed displays and had personal items to use as conversation starters.

To increase visibility, book related items were placed close to the store checkout area. Patrons passed by the authors’ tables on the way to the registers. Many patrons had already made their purchase selections; however, this arrangement allowed authors to engage with the patrons concerning their purchases.

The store had 15-20 patrons at any given time throughout the day; few initiated contact. To counter this, Koehler Book authors engaged patrons in a group setting to start a conversation. At one point, an author initiated an impromptu book reading to generate interest. Each author read aloud one short vignette from their work. This spectacle was successful in drawing attention. One author also brought an additional person to hand out promotional material near the store entrance.

Observation: Many of the Barnes and Nobel patrons were not interested in interacting with a sales person. Initially many people would simply walk by the authors’ area, avoiding eye contact. Whenever contact was made, it was sometimes necessary to focus their attention. The first step is to determine the patrons’ buying motives. They can then be directed to works that address their interests. Of course to accomplish this, one first has to develop an understanding of everyone else’s work at the book signing.

Issue 2: During the entire two days, there was only one in-store announcement for the book signing event.

Observation: As soon as that announcement was made, three people approached the authors area. In retrospect, we should have arranged for the store to make regular announcements.

Issue 3: At one point the authors group encountered a negative contact not interested in making a purchase. That individual tied up several authors’ time, draining much of their emotional energy.

Observation: Methods of extracting authors trapped in negative conversations need to be developed by the group.

Dennis Woods was deployed in combat for every President from Reagan to Obama, amassing over 57 months in battle. Black Flag Journals was written using a series of nine battle journals that bore witness to his actions in America’s longest war. His military career has taken him from the Island of Grenada to the Middle East. Woods is also an inventor of devices that are chronicled in Black Flag Journals. These included the use of training munitions in combat to reduce civilian death and collateral damage, and the first use of thermal optics on artillery weapons to increase American crew safety. The author lives with his wife in Virginia, where he continues to innovate and invent new devices and techniques preparing for future wars.