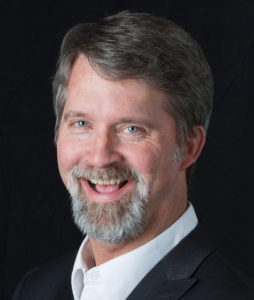 John is an award‐winning graphics designer who founded Köehler Studios in Virginia Beach in 1994. He partnered with Kim Nelson and ran Köehler Nelson Studios for 16 years. Over the years he won numerous design awards, gold and silver ADDY® awards, and a silver National Health Care design award. John has been a strong proponent of advertising in Hampton Roads and, in fact, served on the AAF Hampton Roads board for several years and as president of the organization in 1999.

In that role and as an active member of the advertising community, John brought great enthusiasm and energy to members and guests, bringing in motivating speakers from renowned agencies. As owner and president of Köehler Nelson, he welcomed students and interns in for portfolio reviews, and always had good, sound, “real‐world” advice for them.

In 2009, John turned his attention to starting another creative enterprise: Founder and Publisher at Köehler Books, which publishes fiction and non-fiction works in printed and digital form, as well as audio and foreign rights. Köehler Studios is the creative services division of Köehler Books, providing authors with editing and design services along with complete pre-publishing packages for co-publishing and self-publishing authors.He is also the author of seven books.

Since he arrived in Hampton Roads, John has contributed significantly to the community. He helped run a ministry dedicated to helping children with disabilities as Metro Area Director and Eastern Division Area Developer at Young Life Capernaum for five years. It was the fastest growing Capernaum in the United States in 2007-2008, and had the most kids going to camp in the country during that time. He is also active with The Noblemen, a non-profit organization that helps kids; Hampton Roads Writers; Spring Branch Community Church; Galilee Church; and has given periodic talks at The Chosen for the past five years, focusing on applied lessons from the Bible.

The Advertising Federation of Greater Hampton Roads recognizes John Köehler for his outstanding contribution to advertising andto our community with its highest honor.