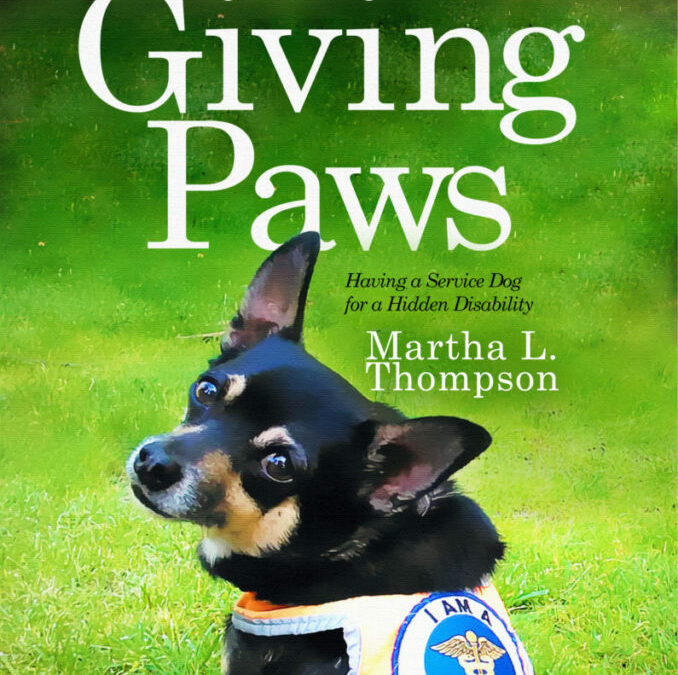 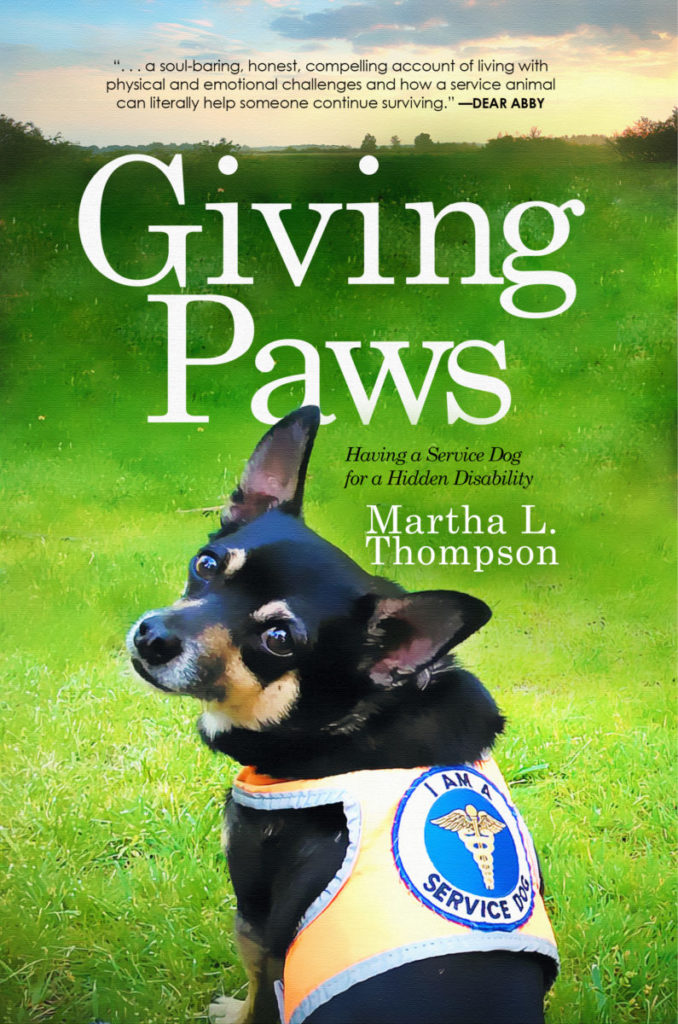 When I wrote my first book, The Oxygen Mask Rule: How My Battle With Anorexia Taught Me to Survive, in 2012, a friend very graciously offered to show it to her boss, Dear Abby. How could I say no to that? She read it, then wrote me a kind, complimentary letter, which I will treasure forever. She also asked if I was interested in helping respond to readers who inquired about eating disorders. What an honor! Again, how could I say no?

A few years later, when I was writing Giving Paws: Having a Service Dog for a Hidden Disability, my friend told Abby about the book, and once again I was asked to respond to some readers who had questions about service dogs. Of course, I said yes.

Dear Abby has been helping people with her column for years. One of my main objectives for writing is to help people too. By sharing my experience, I hope to provide solutions and show people they are not alone in their struggles.

Martha L. Thompson’s book, “Giving Paws: Having a Service Dog for a Hidden Disability” (koehlerbooks.com) is a soul-baring, honest, compelling account of living with physical and emotional challenges and how a service animal can literally help someone continue surviving. I know it will be of interest to animal lovers of all kinds, people struggling with their self-worth, and those with disabilities. It offers a detailed account of the process involved in the selection, training and certification of service animals and how to navigate having one in daily life. This is necessary reading for its target audience. 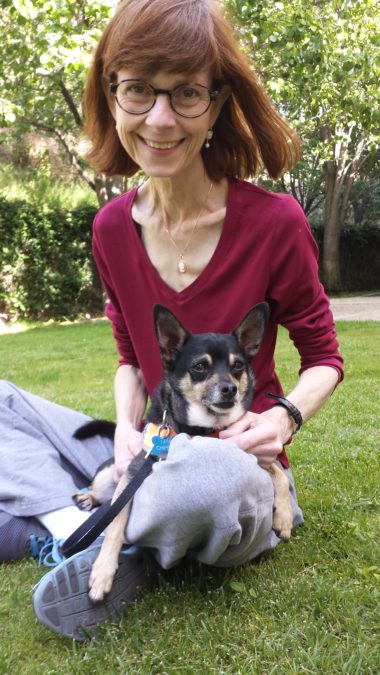 Martha Thompson is an author, whose first book, THE OXYGEN MASK RULE: How My Battle With Anorexia Taught Me to Survive, was a Finalist in the Women’s Issues category of the 2012 International Book Awards. Martha is a graduate of the Juilliard School of Drama, and worked as an actor for twenty years with a variety of companies, including John Houseman’s Acting Company and Joseph Papp’s Public Theatre in New York, as well as many regional theatre companies. She also appeared in national commercials and sit-coms. When illness forced her to retire from acting, she found inspiration from her dog Gus to explore animal related career options. This led her to the Greater Los Angeles Zoo Association, where she became the Coordinator of Volunteer Programs, and was responsible for writing and editing a weekly newsletter called “ZOONOOZ.” Martha lives in Los Angeles with her husband, 3 dogs, 5 quail and 4 turtles.