Combat Engineer: The Life and Leadership of Colonel H. Wallis Anderson, Commander of the Engineers at the Bulge and Remagen 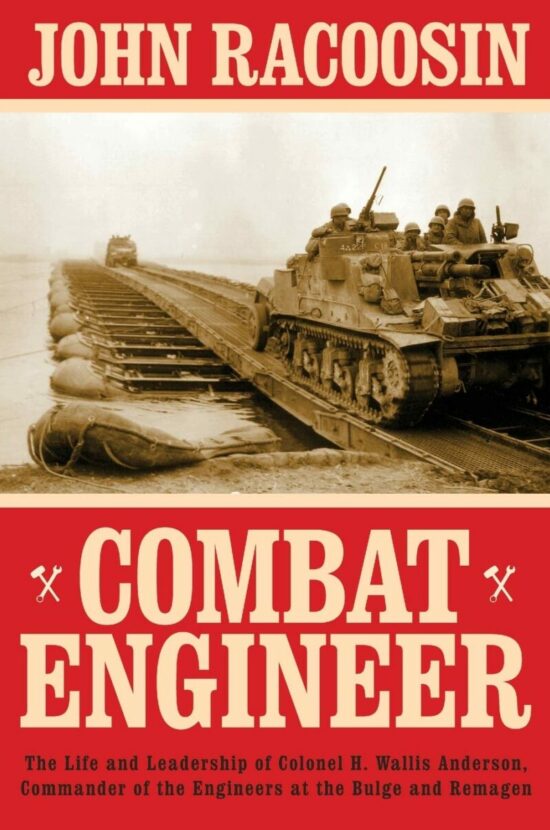 In his service along the Mexican border and in both world wars, Colonel H. Wallis Anderson, Army Corps of Engineers, commanded troops in the most critical actions of his generation.

This tribute to an unsung American hero weaves through Anderson’s life as a Pennsylvania railroad engineer and as an Army combat engineer. Throughout, he endures tragedy and triumph as a shining example of the uniquely American concept of a citizen-soldier.

Combat Engineer tells the well-known stories of the Bulge and Remagen from a new and different perspective, that of the commander. In both desperate actions, the senior engineer officer provides the steadying hand that inspires the troops to succeed. The story might seem fit for Hollywood, but no fictional account can compare to the real-life drama of Combat Engineer.

John Racoosin is a westerner transplanted to the Virginia Peninsula, where he lives with his wife, Juliet, and, periodically, children and dogs. A retired Navy frogman and civil servant, John only belatedly felt compelled to write of his grandfather, the subject of his book. While family lore surrounding the mild-mannered patriarch hinted at the depth of his significance, only five years' research revealed the full story of one of America's unsung World War II heroes. Combat Engineer is Racoosin's first work.