An Interview with Katrina Shawver 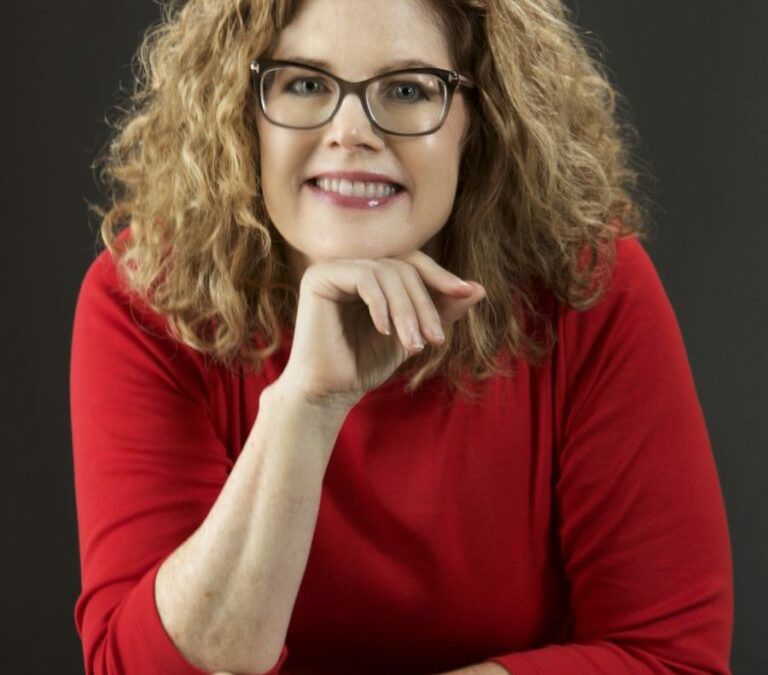 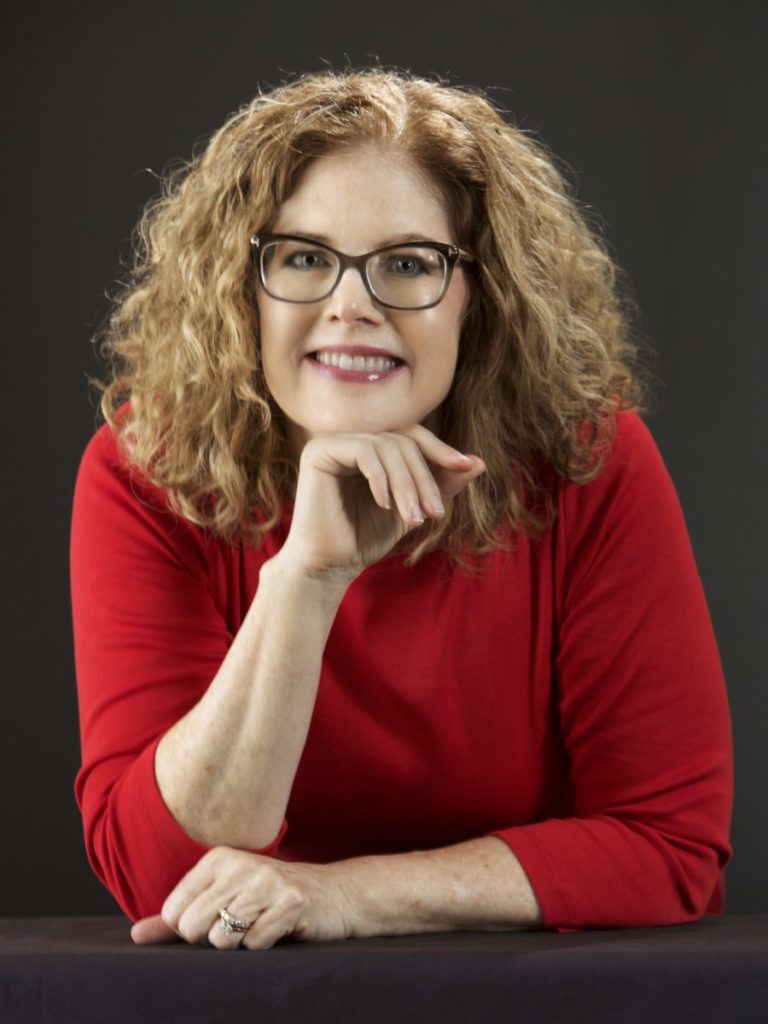 Katrina Shawver wrote hundreds of newspaper columns over eleven years for The Arizona Republic, holds a B.A. from the University of Arizona in English/Political Science and has excelled at the School of Trial and Error. In addition to a variety of previous careers in software support, the paralegal profession, tax preparation, and answering phones for a forensic psychiatrist, she has presented at the community college level on Poland Under Hitler and Stalin. She lives in Phoenix, Arizona with her husband and still wishes sweet potato fries counted as a vegetable. Visit her website katrinashawver.com where she blogs regularly. This is her first book.

How long have you been writing?

My accidental writing career began in 1996. I penned a letter to the editor of the Arizona Republic newspaper in Phoenix, Arizona. Based on that letter they asked me to write a regular column in a new community section. I subsequently wrote for them for eleven years. During that time a chance meeting in 2002 changed the direction of my life. I met an eighty-five-year-old Polish gentleman who had survived Auschwitz and Buchenwald during World War II. In an impulsive move, I offered to write his story. We became good friends, even though he died a year later. In November 2017, the adult nonfiction biography, HENRY: A Polish Swimmer’s True Story of Friendship from Auschwitz to America was published through Koehler Books.

What is the hardest aspect of the writing process?

The hardest parts of writing for me are distraction, isolation, and finding the balance between devoting enough time to create new content and finding enough time spent on promotion and marketing. The past year most of my efforts have been towards promotion. Authors need readers, and it takes constant effort to connect and put yourself out there. Social media and website software represent a constant, and at times frustrating learning curve. The author must take ownership of their marketing and promotion whether they do it themselves or hire someone. The internet is both essential for almost everything, and for me it can be a huge distraction with so much great content out there. I can intend to spend thirty minutes on something and two hours later I am off on related tangents, or even YouTube how-to videos. Now I try to set a timer.

What advice do you have for new writers?

It’s hard to name just one thing. Believe in yourself, invest in yourself, and WRITE. You can’t be a writer unless you are putting words on paper. Then, commit to perpetual learning and networking. Improve your craft by attending workshops and writing events to meet other authors. Be a sponge for information. Become tech savvy with social media and graphics programs like Canva, PicMonkey, and Animoto for Instagram, to name just a few. We live in a visual world.

Ultimately, success is based on one thing–a really good book. It is the quality of the craft, and professionalism invested in editing and formatting, that will convey a polished message with the best chance to resonate with readers. I thank Koehler Books for designing a brilliant book cover and producing a great looking book that stands out in the crowd.

Have you received any special recognition for your book or your writing?

Yes! It has been incredibly validating to have entered a few contests and placed in almost every one of them. HENRY earned the 2018 IBPA Benjamin Franklin Award – Silver for Biography, the 2018 Arizona Authors Association Literary Contest – First Place for Published Nonfiction, among others. It is also listed as recommended reading on the website of the Consulate General of the Republic of Poland-Los Angeles. The award I will always treasure is not one I applied for or expected. In 2018 the Polish American Congress of Arizona honored me with their 2018 Polish Heritage Award for “documentation of the suffering inflicted on Polish people during the Holocaust.” I don’t think such an award has ever been given to someone who isn’t Polish. It means I have the Congress’ full support and that “I got it right.” They actively promote my book to their members. 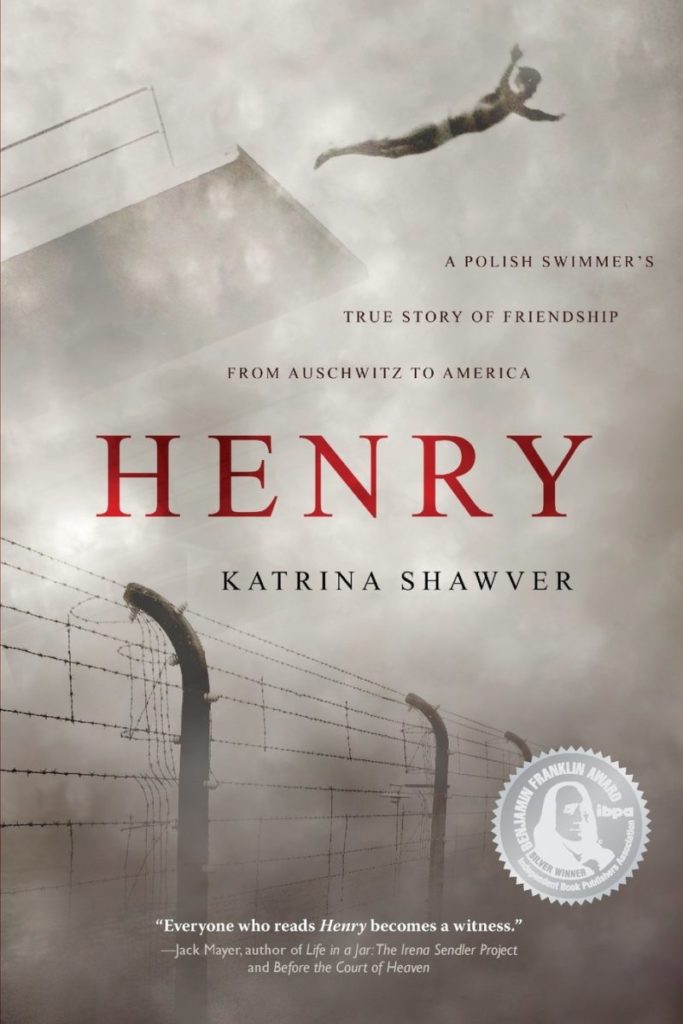 When Katrina Shawver met the eighty-five year old Henry Zguda, he possessed an exceptional memory, a surprising cache of original documents and photos, and a knack for meeting the right people at the right time. Couched in the interview style of Tuesdays with Morrie, Henry relates in his own voice a life as a champion swimmer, interrupted by a difficult three years imprisoned in Auschwitz and Buchenwald as a Polish political prisoner. With a pragmatic gallows humor, and sense of hope, he showed the author how to truly live for today, preferably with a shot of good Polish vodka. Henry’s path of resiliency and power of connection are as relevant today, as they were in World War II.