An Interview with Ed Tracy 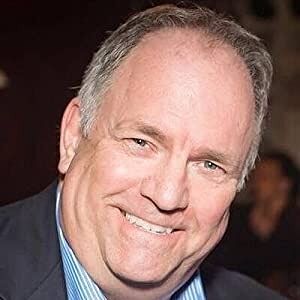 It’s March 1st, which means it’s officially National Colorectal Cancer Awareness Month. Ed Tracy, one of our fellow Koehler Books authors, holds this month near and dear, as he’s had firsthand experience with colorectal cancer and now serves as a spokesperson for Colorectal Cancer Awareness. His clever, inspirational, and unique journey is revealed in Gorilla in the Room and Other Stories, as it sheds light on the difficult road of living with and being treated for cancer. For further information on Ed and his book, please visit www.gorillaintheroom.com.

Ed Tracy is an award-winning broadcast veteran, writer, editor, and host of Conversations with Ed Tracy, a Chicago-based cultural series of thoughtful and engaging discussions with authors, performing artists and other arts-based leaders. Tracy was the founding executive director, and later president and CEO, of the Pritzker Military Library in Chicago that received the 2009 National Medal for Museum and Library Services and was recognized five times by the Webby Awards for outstanding programming, including Pritzker Military Presents and Medal of Honor with Ed Tracy. A recipient of a Chicago Midwest Regional Emmy Award and the Norwich University Board of Fellows Service Medallion, Tracy is a graduate of the University of Vermont with a bachelor of arts degree in theater and communications, and a member of the American Theatre Critics Association, the National Press Club, and the American Society of Composers, Authors and Publishers (ASCAP). Gorilla in the Room and Other Stories is his first book. Review platform: PicksInSix(R) Website: conversationswithedtracy.com 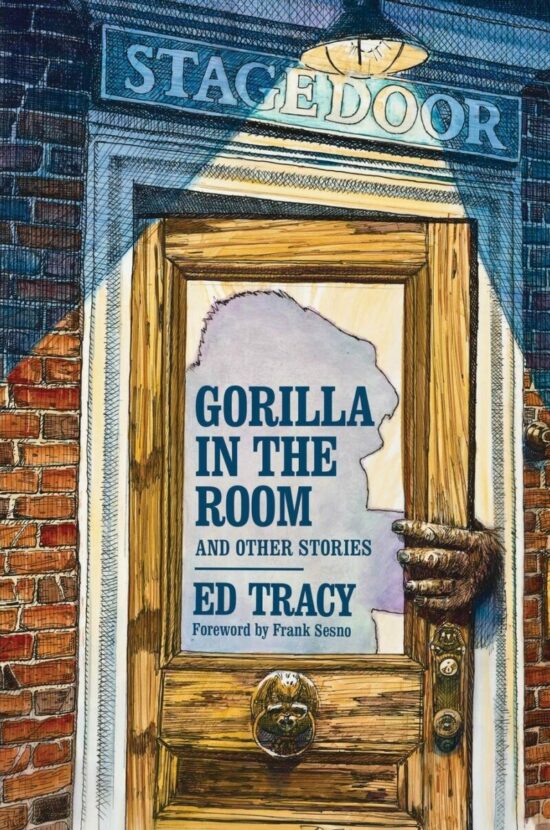 Ed Tracy was the perfect candidate for cancer. Intensely motivated and a tireless innovator, the non-stop pace led to high anxiety, erratic sleep patterns and a life-altering medical diagnosis unlike that of anybody else. Rule No.1: Nobody’s cancer journey is the same.

Growing impatient and irritable, he began to imagine an oncology ward on a Broadway stage with costumes and music and patients and hope. When he needed to check out of chemotherapy, he checked into imaginary rehearsals of a musical comedy.

Along the way, he realized the treatments made his memories sharp. He began to periodically track his cancer journey and encouraged friends to get cancer screenings. Soon he was delving into his past-growing up in farm country, acting in college theatre and remembrances of inspirational friends and mentors. Each scene found its place in an act of the musical, and the result is “Gorilla in the Room and Other Stories.”

These wide-ranging, homespun stories, mixed with family drama and the humor of a skilled storyteller, will appeal to lovers of nature, theater fans, and military enthusiasts and honors the courageous patients, family members and service providers facing life-threatening challenges, aging and a future where they are themselves becoming mentors for the next generation.

1. How did your cancer diagnosis impact a professional career in military-based conversations and interviews at the Library?

At the time I was diagnosed with Stage 3C colorectal cancer in July 2008, I had been hosting a weekly PBS broadcast television program in Chicago for six years in which I interviewed authors and Medal of Honor recipients on military topics. The diagnosis was a wake-up call to both get my life in order for the six-month chemotherapy treatment to follow and consider how I might be able to continue at the pace required. During treatment, and after my day-to-day responsibilities were complete, I started writing a journal that looked back over the experience as I was going through it. In a time before social media and care pages, that essay served as a way to inform friends and family about my progress and to encourage early testing and treatment.

2. With creative imagery intertwined, your book excels in its vividness. What did the process look like to ensure that readers had this developed world to step into?

The Gorilla in the Room is actually a character named Joe Gorilla in the narrative treatment for a Broadway musical dramedy in an urban cancer center that plays out over the course of the book. Joe and his minions, The Chaosals, raise havoc while the story of the patients and the center face an uncertain future. There are two other distinctive tracks that are, as you say, intertwined within the musical: the journal of my cancer journey, which covers essentially one year following diagnosis, and the letters, essays about people I knew, and select short stories. During my chemotherapy treatment, I found myself working on the musical one day and the next delving into my past with stories about my family, growing up on a farm in New England and college theatre experiences. They all have found a place within the scenes of the musical.

3. Your book promotes seven simple “rules” to live by that you recognized during your recovery. If you had to pick just one that you feel has helped the most throughout your own experience, which would it be and why?

While it is vitally important to stay positive in the face of a cancer diagnosis and leave the technical aspects of your care to the best medical quarterback available, it is equally important to recognize that those closest to you feel everything you do. A cancer fighter’s caregiver is processing the same information and formulating the same long-range plan for recovery so communication with and support from family and friends is key.

4. What was the most rewarding aspect of writing this book?

Almost everyone I have come in contact with has someone close to them in “the Club”— by my definition, anyone who has faced or is facing a cancer fight. This book is dedicated to them and their caregivers. One of the many rewarding aspects for me has been to have thoughtful discussions about how they are managing the challenges ahead.

5. In the foreword of Gorilla in the Room and Other Stories, former CNN anchor Frank Sesno coins your book as “a GPS for the uneven and perilous road traveled” for those currently suffering from cancer. Seeing as March is Colorectal Cancer Awareness month, what is something you wish others had made you aware of before having to take your own journey down that road?

Many people have told me that reading the book has compelled them to document their family medical history and schedule a colonoscopy, which is something that people told me at the time, but I delayed getting a test. With early detection and treatment, colorectal cancer is a very manageable disease.