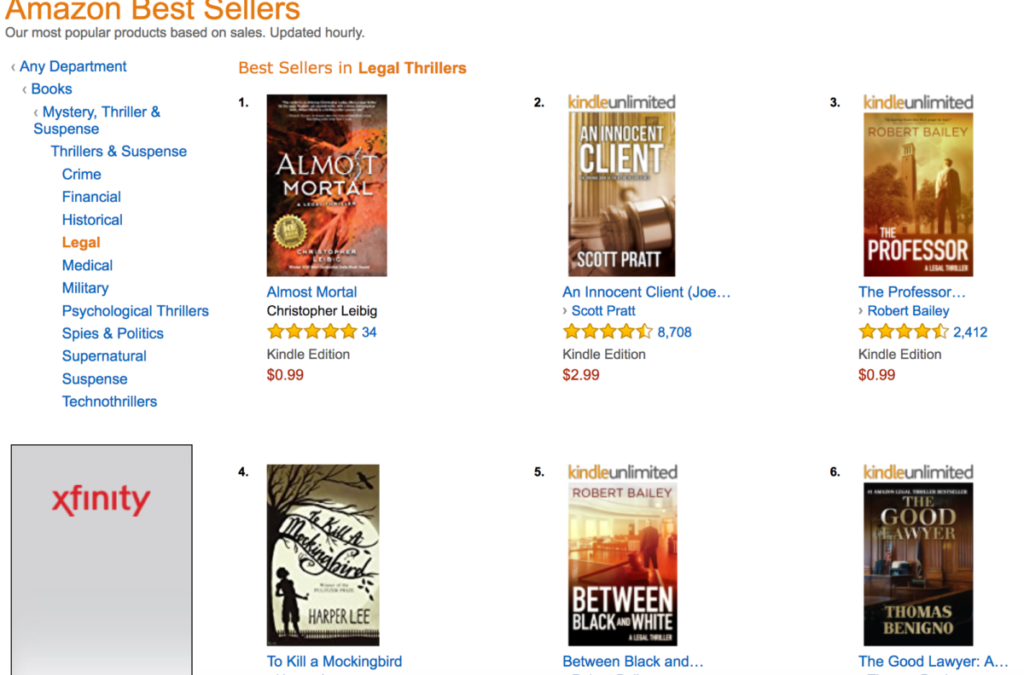 Almost Mortal by Christopher Leibig is now the #1 Legal Thriller on Amazon, topping To Kill a Mockingbird, among others. Almost Mortal is also short-listed in three separate categories  – Mystery, Paranormal, and Fantasy – in the Chanticleer International Book Wards with the Awards ceremony next Saturday, April 1, in Bellingham, Washington. Big momentum this week for Almost Mortal! 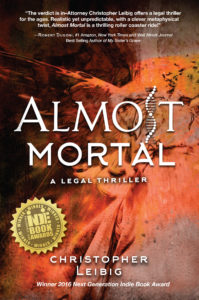 Emerging criminal defense attorney Sam Young has always known he had a gift. Or a curse. He thinks of them as minor psychic abilities. When Sam is hired by an attractive young nun named Camille Paradisi, he agrees to help discover the identity of a serial killer  in order to prevent Camille’s pastor from being exposed for not reporting the man after a confession – thereby allowing another murder to occur. While Sam’s psychic abilities increase as he investigates the case and gets closer to Camille, he realizes that the enigmatic nun is not revealing the complete truth.

Camille shares an old journal anonymously mailed to the church, which she believes may have been authored by the killer/confessor. The journal, which begins in Argentina in the 1940’s,  purports to tell the life story of a man with mind control  and other special powers who claims to be  a descendant of the fallen angels cast out of heaven by God. As Sam  learns more about the murders, the journal author, and Camille, he begins to realize the so called “Rosslyn Ripper” case may have ancient implications beyond his imagination.

Christopher Leibig is a novelist and criminal defense lawyer who lives and works in Alexandria, Virginia. His first two published books, Saving Saddam (2008), and Montanamo (2010) were published by Artnik Books in London. Saving Saddam was released in 2014 in the United States under the title Black Rabbit. Chris also has several published short stories–”Secret Admirer” (The Cynic online magazine 2004) “Coldcocked” (Skyline magazine 2004), “Fly” (The Cynic online magazine 2009), “Intervention” (Traveller’s Playground Press 2014), and “Paradise City” (Traveller’s Playground Press 2014). Chris has also published numerous articles on criminal defense and related topics – including in The Huffington Post and The Examiner–and appeared as a legal expert regularly since 2009 in print and television media – including Fox News, CNN, The Washington Post, The New York Times, and Sports Illustrated. He and his colleagues regularly lecture at law schools throughout Europe and the Caribbean.