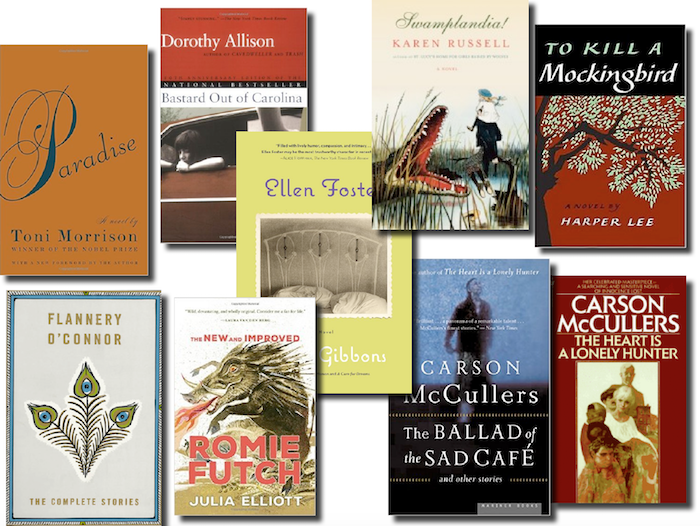 If you haven’t noticed, women have been the subject of political news of late, so I thought it appropriate to spotlight the ladies of Southern Gothic literature.

If you research the infamous electronic library for “Best Southern Gothic Books” or “Southern Gothic Authors” or just plain old “Southern Gothic,” the lists and content are male dominated. Flannery O’Connor seems to be the only woman who finds company with men. Perhaps it’s because she is so grotesque.

In scouring these articles and lists, there’s always an outraged commenter wondering why in the heck zero or only one female author is mentioned among the bunch. So, for all the outraged commentators and women compelled to march, here’s to you! 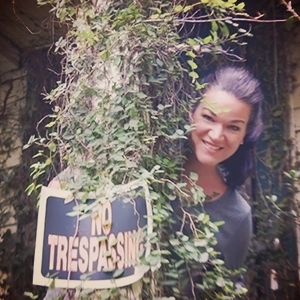 J.C. Sasser started her professional career at age twelve, working as a dishwasher, waitress, and cook at a truck stop off Georgia’s I-16. Over her life, she has worked as an envelope licker, tortoise tagger, lifeguard, Senate page, model, editor, water-polo coach, marine biologist, plant grower, software consultant, and 6-Sigma Black Belt. Gradle Bird was a short list finalist in the 2015 William Faulkner-William Wisdom novel competition, and her other writing credits include the short story and screenplay, The Pigeon Catcher (Ceiba Productions 2002). She lives in an old barn on Edisto Island, SC with her husband, Thomas, along with their two sons, T.C. and Robert Esten, and two dogs, Cro and Blue Moon June. Gradle Bird is her first novel.