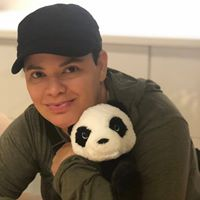 Twilah Hiari is an autistic writer with a B.A. in Philosophy from the University of Kansas. She writes about how the siloed nature of Western medicine contributes to misdiagnosis and how clinician biases regarding issues of gender, race, class, education and disability promote a culture that dismisses the credibility of the patient's perspective. She has written for Mad in America and she blogs about her experiences at www.athinkingpatient.com