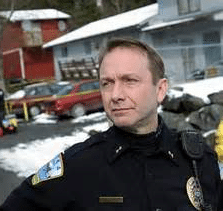 Bush Blues is Sheldon Schmitt's first book and is based on his twenty-plus years working in Alaska as a police officer, as well as fisherman and other jobs out in the bush. He recently retired as the chief of police in Sitka, Alaska. Schmitt graduated from Minnesota State University in 1993 with a BS in criminal justice and later received his masters of justice administration from the University of Alaska. He also completed the FBI National Academy at Quantico. "I cut my teeth as a cop working out in the villages. I have a real love for the people and the life out on the edge."