Sheppard and the French Rescue

Captain Sheppard McCloud is unexpectedly called to Washington in May of 1942 while his ship, the battle cruiser Argonne” is in dry dock undergoing repairs from the Battle of Cape Vilan. At a luncheon with President Roosevelt and the new head of the OSS, he is informed of his next mission—this time unsupported, in a race against General Rommel’s panzers to save the French Fleet at Mers-el-Kébir. Intrigue, spies, the ‘Maquis’, plots by both the Italians and his nemesis from Sheppard of the Argonne German Admiral Shröder, make a thrilling page turner that readers will find hard to put down. 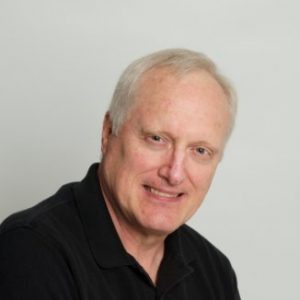 Captain George William Jackson (a.k.a. G. William Weatherly) grew up in Huntington, New York. After graduating (with honors) from the University of Wisconsin, he was commissioned an Ensign in June 1969. In the course of a 30 year career, he achieved exceptional credentials in nuclear power, being assigned to the pre-commissioning units of two submarines to oversee the testing of the nuclear engineering plants and training of the initial crews. He commanded three different submarines, USS Shark (SSN-591), USS Billfish (SSN-676) and PCU Rhode Island (SSBN740). Between 1977 and 1980, he served on Admiral Rickover’s staff in Washington, DC. From 1994 until July of 1999, he was a Professor of Operations, held the Lockwood Chair of Undersea Warfare and was Chairman of the Joint Military Operations Department at the U.S. Naval War College in Newport, Rhode Island. There he oversaw and coordinated the efforts of 38 other professors and certified the Joint Professional Military Education of over two thousand midgrade and senior officers. He is a member of the Society of Naval Architects and Marine Engineers (a global organization) and over a dozen other professional and veteran groups.