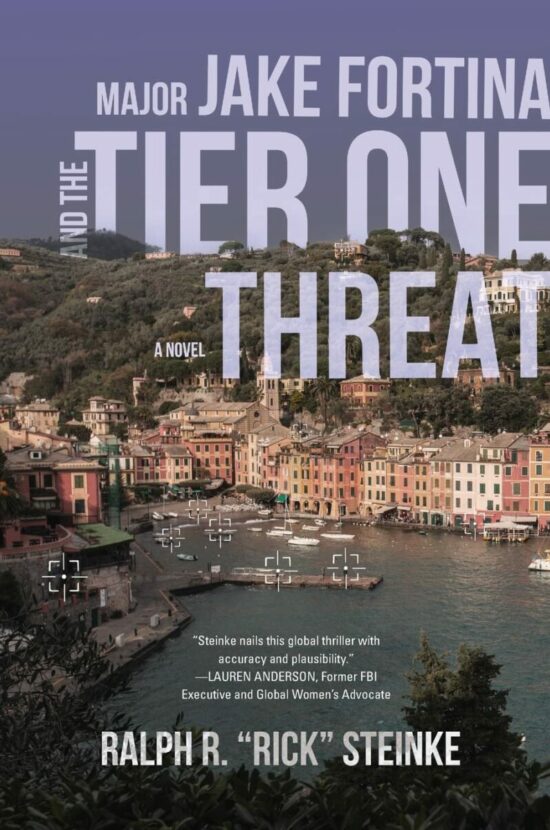 At the behest of rogue Iranian government officials, two terrorists break into the grave of an American veterans cemetery in the Suresnes suburb of Paris. What they take from that grave could lead to the deaths of millions of Israeli and US citizens, as well as Jews around the world. US Army Major Jake Fortina, a military attaché stationed at the US Embassy in Paris, is called upon by the FBI and French and Italian law enforcement and intelligence officials to help defeat Iran’s nefarious plan. Beginning in Paris, this international drama leads readers from Afghanistan to England, France, Germany, Israel, Italy, Netherlands, Turkey, and the United States in the scramble to save the world from a terror unknown since the deadly Spanish flu outbreak of 1918.

Ralph R. "Rick" Steinke is the author of Next Mission: US Defense Attaché to France, a memoir selected as a finalist for the Indie Excellence Awards and which earned honorable mention for the Readers' Favorites Book Awards. He has spent a lifetime in US national security roles, including twenty-eight years in the US Army and fourteen in the US Department of Defense. Steinke's official duties have taken him to over thirty countries on the Eurasian landmass, including Afghanistan. He holds master's degrees in West European studies and diplomacy from Indiana and Norwich Universities, respectively, as well as post-graduation certificates in national and international security affairs from Harvard and Stanford Universities. His personal passions include faith, family, fly-fishing, and travel. Major Jake Fortina is his first novel.