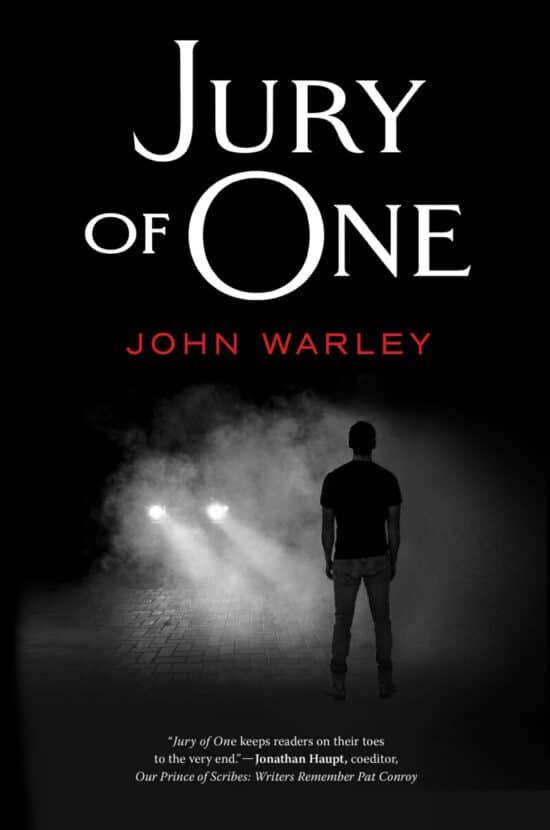 In this legal thriller, South Carolina Circuit Court judge Dan Borders appears poised for selection to the state Supreme Court thanks to his controversial proposal for dealing with death penalty cases. But a divorce he entered years earlier for Alana Morgan, a bright, ambitious school teacher, leads to a relationship that puts both of their futures in jeopardy. On the night Alana’s ex, Toby, is killed, Dan finds himself in the wrong place at the wrong time. He and Alana strike a deal that may save them both.

Can Dan trust Alana to keep her vow of silence? Can she rely on him to protect her when an aggressive young Indian prosecutor realizes her account of the confrontation raises suspicions? Alana and Dan depend on each other to avoid the cliff that awaits both if the pact is broken as A Jury of One pushes the limits of human trust and moral reckoning to an unforgettable climax.

John Warley is the award-winning author of seven books. His bestselling novel, A Southern Girl, was praised by Pat Conroy as "stylish as a novel by John Irving and as tightly written as one by John Grisham." His history of his undergraduate alma mater, Stand Forever, Yielding Never: The Citadel in the 21st Century, led to his selection to write both the inscription for the college's war memorial and "The Citadel at War," a narrative history of the wars and conflicts in which Citadel alumni have made the ultimate sacrifice. NPR selected his essay "Lingering at the Doors" for publication in This I Believe on Fatherhood. A graduate of the University of Virginia School of Law, he drew on decades of experience practicing law in writing A Jury of One.