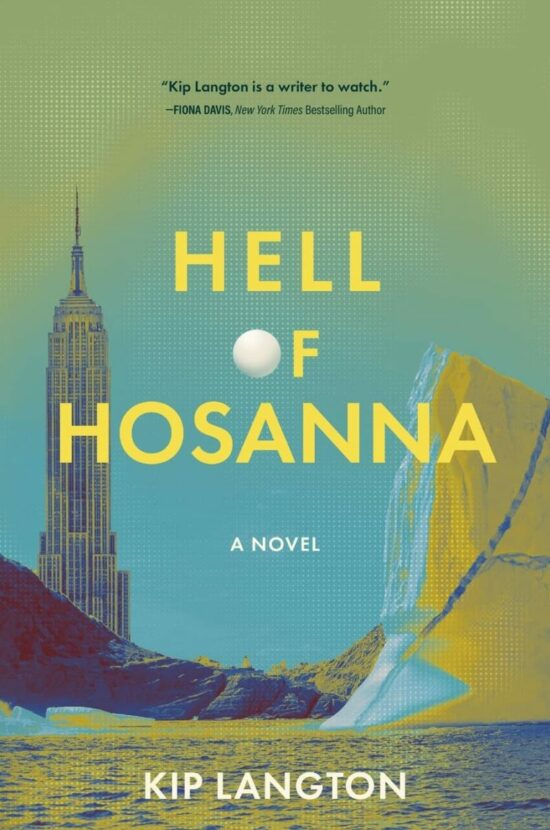 Imagine the Empire State Building removed from New York City. Imagine that building reconstructed brick-by-brick on your father’s private island-the trappings of the past stolen from the public to indulge unfettered hypocrisy. This is James’s defeated and ravaged landscape when his father, Fep Anglish, successfully monopolizes all forms of industry into one perfect company called U atop the collapse of the old world.

Ownership becomes a thing of the past. Now, anyone can have anything-temporarily. Is this hosanna? Maybe on paper. But to James, the “rent and move on” lifestyle is a total hell. And in this hell, his impossible dream of becoming something fuels his transience and passivity.

This is reality until one strange day, when the whole thing comes tumbling down on itself and James finally gets the opportunity to break away. In a U space shuttle, he travels to the ultimate unknown in boundless space.

Kip Langton is widely recognized for his creative achievements, having won or been shortlisted for over forty creative awards, which include the Cannes Lion for Innovation, New York Festivals, Innovation by Design-Fast Company, London International Awards, W3 Award, Clio Award, Shorty Social Good Award, Epica Award, and Communication Arts Award of Excellence. He is a versatile writer who works across genres and has held a variety of creative positions for some of the most famous agencies in the world. Kip is a graduate of Davidson College and lives in New York City.