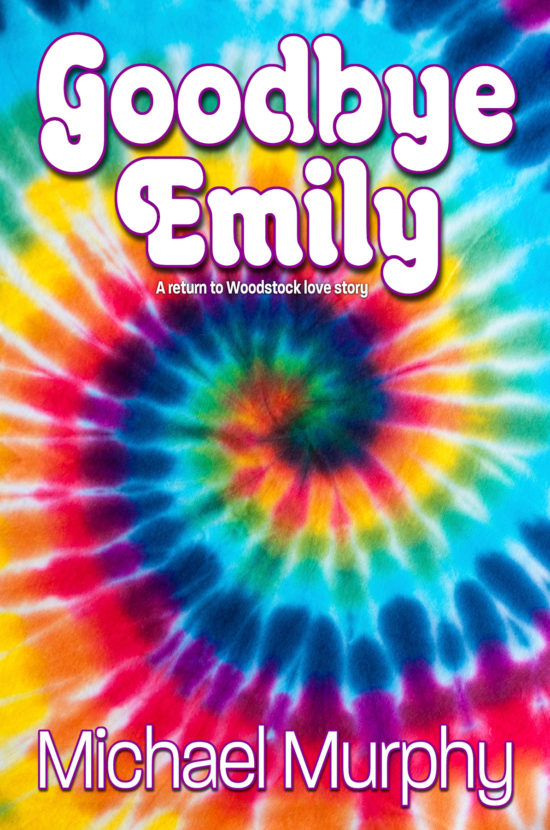 They met at Woodstock, and the love lasted a lifetime. Then she was gone, and so was his college teaching job. Heartbroken but determined, he calls on his two best friends to help him return to the place it all began.The professor and his Woodstock buddy need the third tripper from back in the day, now in a nursing home with early stage Alzheimer’s. When the home refuses to allow their friend to come along, the professor and the vet bust him out, attracting the attention of the cops and the media, fascinating the public.

The roadtrip turns into a flight from “the man” and not even the professor’s defense attorney daughter can help. In a psychedelic van, the trio dodges cops and prosecutors. Against all odds, they close in on their destination, where thousands of supporters and cops await them.
Goodbye Emily is the irreverantly funny story about a journey of self-discovery for a man who thought he’d left all important journeys in life behind.
Self Published by Michael Murphy
Pages: 270
Pub Date: 01-01-2013
Softcover: 16.95 1938467213
Ebook: 7.99 978-1938467-21-9