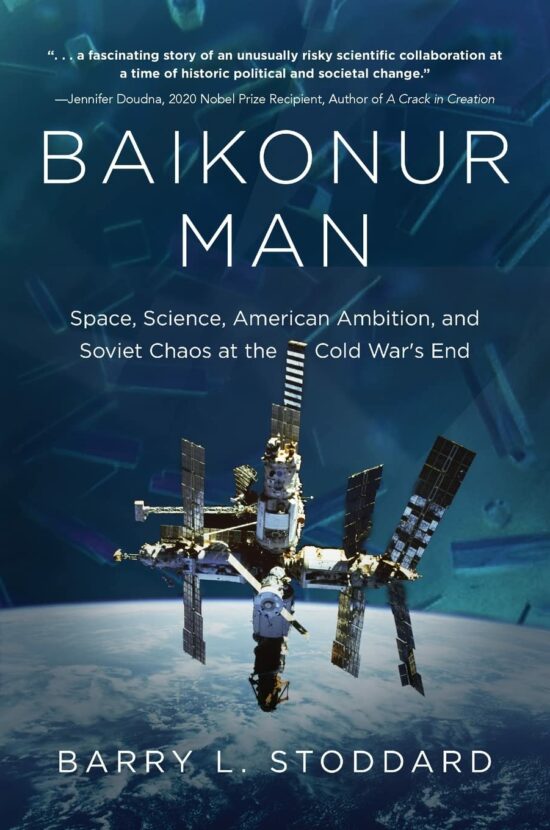 Against the backdrop of the late Cold War, a tiny American start-up company forged a secret deal to place American scientific payloads aboard the Soviet space station MIR. Born out of sheer desperation after the Challenger explosion and grounding of the US space shuttle program, the agreement was negotiated and approved behind the backs of NASA and Congress, with the help of US government officials inside the Commerce and Defense departments.

On a cold gray morning in February 1988, the company founder met with three graduate students and their professor at the Massachusetts Institute of Technology to put his plans into action. Baikonur Man, written by one of those students, recounts the subsequent five-year saga of how science, comradery, hardship, drama, and occasional lunacy led to the first American experiments and payloads to fly on Russian rockets.

Barry Stoddard was born in Montana and has lived in the Pacific Northwest for most of his life. He graduated from Whitman College and earned his doctorate from MIT. After further training at the University of California in Berkeley, he joined the faculty at the Fred Hutchinson Cancer Center in Seattle, Washington, where he has run a research laboratory ever since. He has authored hundreds of research studies and serves as the senior editor of a scientific journal. Among the many adventures, working with Payload Systems and the Soviet and Russian space program remains at the very top of the list.Barry lives in Bellevue, Washington, with his wife, Amy, not far from his sons and their families.