An Interview with Michael Almond 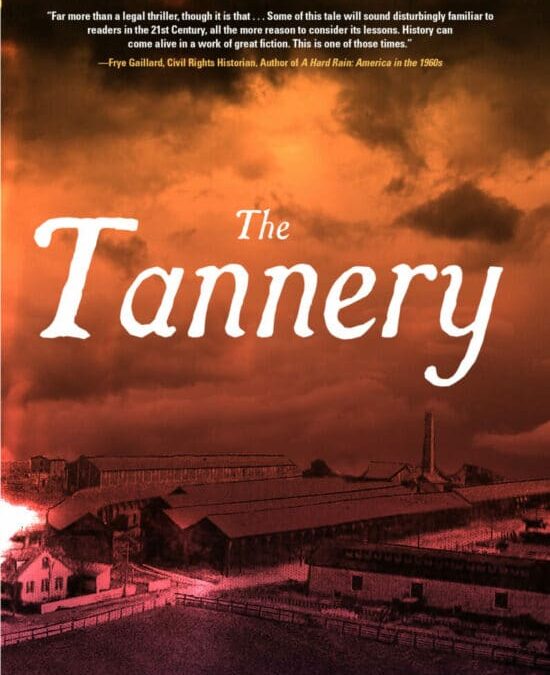 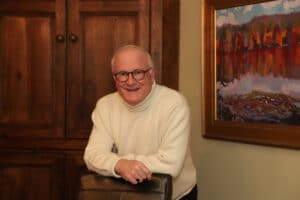 Michael A. Almond, a retired attorney, was raised in the small town of Pilot Mountain in the Piedmont foothills of North Carolina. He received his undergraduate and law degrees from the University of North Carolina at Chapel Hill, and was a Fulbright Scholar in political science at the University of Mannheim, Germany. During his years as an international business lawyer, he was awarded the prestigious Order of Merit of the Federal Republic of Germany for “outstanding commitment in fostering relations between the United States and the Federal Republic of Germany.” An avid reader and student of Southern history and literature, he currently lives on a farm with his wife, Helen Ruth, in the beautiful Blue Ridge Mountains of North Carolina. The Tannery is his debut novel. www.michaelalmondbooks.com 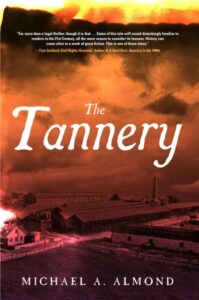 “Far more than a legal thriller, though it is that . . . Some of this tale will sound disturbingly familiar to readers in the 21st Century, all the more reason to consider its lessons. History can come alive in a work of great fiction. This is one of those times.” -Frye Gaillard, Civil Rights Historian, Author of A Hard Rain: America in the 1960s   July 5, 1900, Wilkes County, North Carolina: The beautiful young daughter of tannery owner Jakob Schumann is found dead on the north bank of the Yadkin River, brutally beaten, a skinning knife in her chest. Who killed Rachel Schumann? And why? Ambitious Wilkes prosecutor Vincent Taliaferro has arrested Virgil Wade, a mixed-race boy, and is convinced the case is open and shut. But local lawyer Ben Waterman is not so sure. Ben’s investigation uncovers evidence that undermines the prosecutor’s case and points in an entirely different direction. But can he prove it? Can he convince an all-White, all-male jury of Virgil’s innocence? The Tannery transports readers to the turbulent world of the post-Reconstruction South. Reflecting issues prominent in today’s headlines, themes of Black voter suppression and intimidation, the violence and depravity of vigilante “justice,” and the rise of Jim Crow drive the narrative to its dramatic and surprising conclusion.

In my experience, fans of historical fiction always want to learn something they didn’t know before they read the book. But they also want to know where the “historical” ends and the “fiction” begins, the line between reality and imagination. The Tannery is a murder mystery and a legal thriller, but it is also a book about justice. The crime and those directly involved in the case are all imaginary, but the historical characters, venues, and events described in the book are very real. The challenge for me was how to integrate and weave into the narrative the rich historical detail concerning the political, social, and racial themes that drive the story while still maintaining the pace and suspense of the storytelling.

2. What inspired you to write this book?

I’ve always been a voracious reader, getting through fifty to sixty books per year. Somewhere along the way, I began to think, “maybe, just maybe, there is a book in me.” I began researching and outlining the book years ago, and as I learned more about North Carolina history during the turbulent post-Reconstruction period at the dawn of the 20th century, I concluded that The Tannery could be a vehicle for recalling and exposing some of the darker, more shameful events and personalities at work in NC and the South at the dawn of the segregationist Jim Crow era in 1900.

3. What do you consider to be one of the most important messages in The Tannery?

The Tannery is indeed a fast-paced murder mystery and legal thriller, but it is also a book about justice as local Wilkes County lawyer Ben Waterman struggles to save the life of Virgil Wade, a poor, mixed-race teenaged boy accused of the murder of Rachel Schumann, the beautiful young daughter of tannery owner Jakob Schumann, the largest employer in the county, at a time and place where everything seems stacked against them. As the book makes clear, “law” and “justice” sometimes conflict, and racial justice in 1900 in NC and throughout the South, could be an elusive goal.

4. How would you describe your book’s ideal reader?

The Tannery is historical fiction, so fans of this genre will certainly enjoy the book. It is set in an isolated, rural county in NC in 1900, so those who are interested in Southern fiction should also like the book. But I believe that the lessons of The Tannery will appeal to readers across the spectrum who enjoy mysteries, legal thrillers, and stories about race and politics in the South at the dawn of the 20th century.

5. While set in the 1900s, your novel notes issues of racism, voter suppression, economic inequality, and so on. What do you hope those reading in the 21st century will take away from these topics within The Tannery?

When I began researching The Tannery, I had no idea that these themes, which drive the narrative, would prove so relevant, would resonate so clearly in the context of today’s politicized, polarized environment where the issues discussed in The Tannery, where history itself, seem to be repeating themselves in today’s headlines. As Nobel laureate William Faulkner so aptly put it, “The past is never dead. It’s not even past.”

6. The Tannery is your debut novel. What advice would you give to others trying to publish their first novel?

First-time novelists are often advised to “Write what you know,” and “Just focus on telling the story.” I tried to follow these rules in writing The Tannery. I grew up in a small, rural, Southern town and came of age during the upheavals of the Civil Rights Movement of the 1960s. My purpose was to combine these elements from my own experience and background into a compelling fictional storyline in the historical context of the political, social, and racial conditions in NC and throughout the South in the pivotal year of 1900. I also found that writing a debut novel requires equal measures of discipline and routine. I finished the novel during the height of the COVID pandemic, which ironically gave me the time and focus needed to complete the manuscript. I would begin writing every day at about 8:30 A.M. and would wrap up that day’s effort around 2:30 P.M. This enabled me to complete a 110,000-word manuscript in five months. I was then fortunate to be introduced to John Koehler and Koehler Books in February of 2021. John and editor Joe Coccaro immediately embraced The Tannery and supported me throughout the publication process. Thanks to their efforts, the book was released in October 2021, an incredibly short time frame. I also found that the business of Book World is rapidly changing, putting more of the marketing burden on the author. So aspiring debut novelists should be prepared to invest heavily in themselves and the oftentimes complex task of marketing and promotion in bringing their work to bookshelves throughout the country. Good luck!